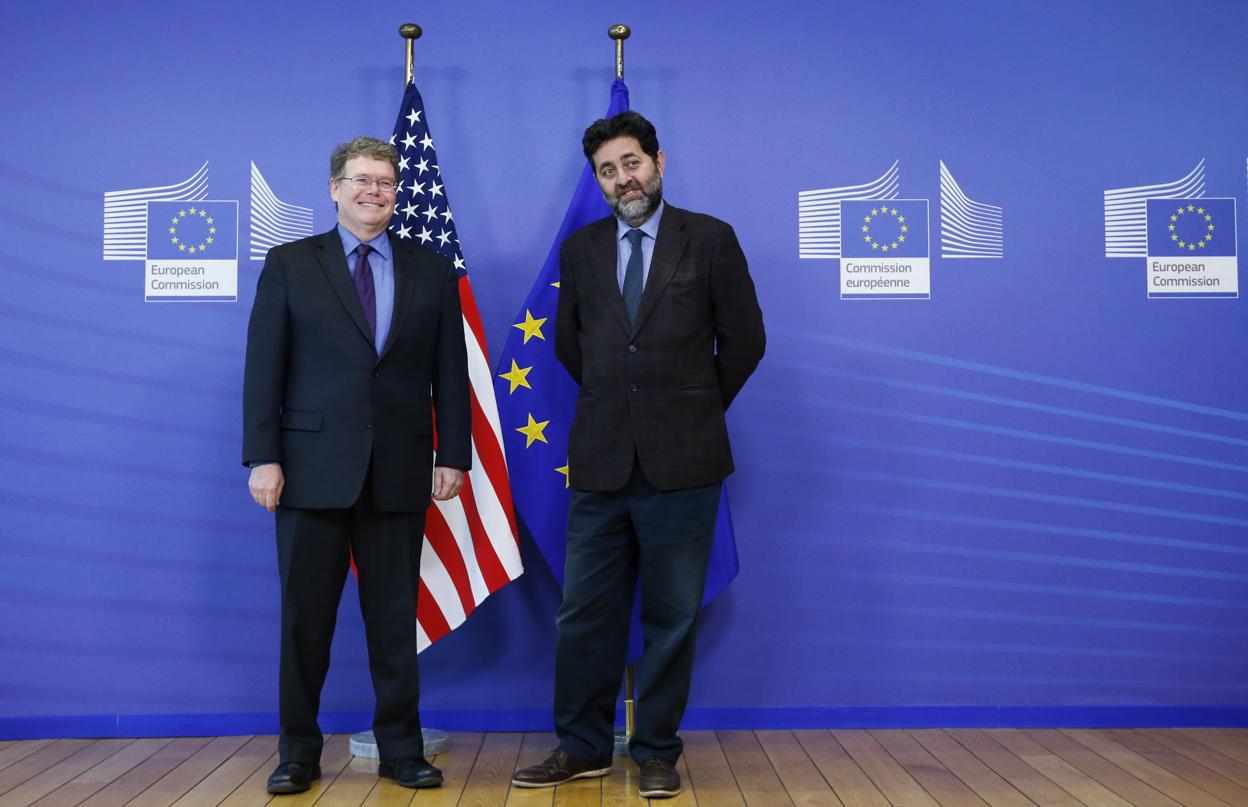 U.S. and EU trade negotiators rejected accusations on Friday (15 November) that they are pandering to multinational companies in their push to agree the world's largest free-trade deal, saying food safety and the environment will not be put at risk.

Consumer and green groups say a deal encompassing half the world's economic output threatens the standards governing products from medical devices to toys, because companies are pressing for lower costs and fewer barriers to trade.

"We are not in the business of lowering standards," the European Union's chief trade negotiator Ignacio Garcia Bercero told a news conference after the second round of negotiations in Brussels on an EU-U.S. free trade pact.

His U.S. counterpart Dan Mullaney insisted: "We have received a clear message that whatever we do in regulation, we should not be undercutting the levels of protection that we have for the environment and for human health and safety."

Following the collapse of marathon global trade talks, the world's largest economies are trying to agree a series of all-encompassing bilateral or bloc-to-bloc trade deals that go far beyond just lowering tariffs and seek to make life easier for businesses by harmonising rules.

Brussels and Washington both see free trade as a way to create jobs and generate investment after years of low growth following the global financial crisis.

Their proposed deal, which negotiators began discussing in July and hope to agree by the end of next year, could boost the EU and U.S. economies by more than $100 billion a year each.

The talks have been overshadowed by reports the United States bugged EU offices under a surveillance programme made public by a former intelligence contractor, Edward Snowden. But that is not the only sensitive issue.

As negotiators wrapped up their week of talks in Brussels, environmental group Friends of the Earth called on negotiators to exclude any areas dealing with food safety, and warned against any attempt to deregulate polluting industries.

"There is a need for much closer scrutiny of these negotiations and for many more people to be aware of the dangers they present to citizens and the environment," said Magda Stoczkiewicz, director of the group's Europe office.

EU Trade Commissioner Karel De Gucht has repeatedly said the EU's tight regulation of genetically modified food will not change, even if Brussels and Washington sign an accord. Many Europeans consider GM crops as "Frankenstein Food".

But US lawmakers have said they will not support a deal unless the EU tears down barriers that have blocked U.S. farm exports.

Washington has long been frustrated by EU restrictions on US farm produce, such as foodstuffs containing genetically modified organisms and meat from animals fed with the growth stimulant ractopamine.

US negotiator Mullaney told reporters that while the talks were private, he had "heard a lot from civil society" and had received hundreds of comments and held meetings with non-governmental organisations and small businesses.

In another ambitious deal, the United States is simultaneously negotiating a Trans-Pacific Partnership with Asia and Latin America. That too came in for criticism this week when the website Wikileaks obtained the draft text of part of it and said it sought to shrink consumer rights and unfairly benefit U.S. pharmaceutical companies.

The US negotiations in both the Pacific and in Europe aim to create free trade deals covering 60 percent of the world's commerce and more than 1 billion people.

TTIP would be the biggest bilateral trade deal

ever negotiated, resulting in millions of euros of savings for companies and creating hundreds of thousands of jobs. It is claimed that average European households would gain an extra €545 annually, and that Europe's economy would be boosted by around 0.5% of GDP, if such a deal was fully implemented.