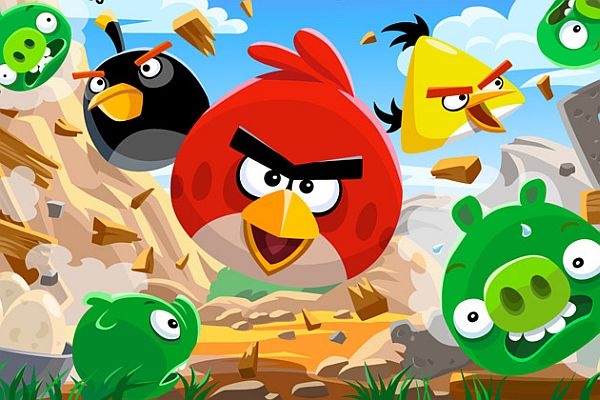 This article is part of our special report The Internet: Europe’s future growth driver?.

SPECIAL REPORT / A move by Finnish company Rovio to produce Hollywood-style blockbuster children’s cartoons demonstrates how innovators in the European tech scene are looking to capitalise on the digital revolution.

In an interview with EURACTIV, Harri Koponen, the chief operating officer of Rovio – the Finnish firm behind the successful Angry Birds games app – said that the company has built up “one of the largest animation studios in Europe" and is launching this spring.

The company has hired Hollywood-based producer John Cohen – who worked closely on US animated blockbuster Ice Age – and will publish its first feature-length animated movie in 2016.

The Angry Birds feature film will mark Rovio’s first foray into movies. The company will produce and finance the film entirely outside the studio system in order to retain full creative control, and is keeping the subject of the feature-length cartoon under wraps.

The move from success in app creation to challenge traditional animators demonstrates how the explosion in the use of smartphones and tablets is breaking down barriers between traditionally disparate sectors such as entertainment, education and communications.

Audiovisual world is in flux

According to the European Audiovisual Observatory, there are more than 700 on-demand audiovisual services available in Europe and the number continues to grow.  In France alone there were more than 9,000 films available in 2011 for video on demand, representing an 11.5%  increase – an additional 938 films – compared to 2010, according to the Centre national du cinéma et de l'image animée.

The Rovio move will seek to capitalise on the decline of traditional viewing at cinemas and in living rooms.

Other European innovation success stories are similarly exploiting older business models, such as Italian company Paperlit, which enables traditional media and publishers to make their content available to tablet and smartphone users. The Italian company has built up a client base including Bloomberg BusinessWeek, the BBC and Wired (Italy).

Two-year-old Paris-based start-up Captain Dash has created an app that gives companies the power to marshal their data in real time – on a cell phone, tablet or personal computer.

“You have your own personal data feed, like Bloomberg, but rather than coming in from the stock market, the data is coming from your website, from Twitter and from Facebook,” says Bruno Walther, founder and chief executive of Captain Dash.

New apps are extending the education sector through entertainment. French publisher Gallimard has pioneered a runaway success app to accompany a children’s educational book about ladybirds, which gives youngsters the chance to interact with animated illustrations of the lifecycle of the insect using 'touch technology'.

These start-ups aren’t just marketing themselves in their local markets since  smartphone use in increasing globally and apps are a passport to world markets.

Europe plays host to two-thirds of the world’s mobile virtual network operators, with five of the world’s top 10 mobile markets for average revenue per user: Switzerland, the Netherlands, France, Norway and Ireland.

This is also attracting foreign companies to establish innovation centres, as witnessed by China's Huawei, which last November announced it is opening in Finland.

“As the home of Linux and world-class talent in software development, the Finnish telecom environment is one of the most innovative in the world,” said Kenneth Fredriksen, vice president of Huawei’s Central European and Nordic region.

Innovation has taken centre stage in EU policymaking, with Brussels placing research, education and the Innovation Union flagship at the heart of the 'Europe 2020' plan for growth and job creation.