European's want more than just rum and cigars, but the US still seem unwilling get out of the way of full EU-Cuba relations being built. [Shutterstock]

Gianni Pittella doesn’t want to lose any time. The S&D group leader has called for the agreement on a new framework of relations to be signed “quickly”, after attending a meeting with the vice-president of Cuba’s national assembly, Ana María Mari Machado.

Yesterday (19 October), Pittella said that the past has to be overcome and “fair and constructive bilateral relations built”, from which both “Europeans and Cubans can benefit”.

The Italian politician hinted that this is not going to go smoothly without the willingness of the US though. Washington’s sanctions against Cuba have proved to be a major obstacle to Europe’s efforts to normalise relations and are no longer relevant. “The embargo is a relic of the past, which makes no sense historically. It harms not only the Cuba people, but also European companies, which invest in Cuba,” argued Pittella.

Europe's socialists in disarray, Germany tries to plot course away from trouble

No matter where you look in Europe, socialists are in a tight spot. In the south, their voters are jumping ship to the left and in the north they are haemorraging support to the extreme parties of both the left and right. EURACTIV Germany reports.

At the end of September, the European Commission adopted a draft proposal on closer political and economic cooperation with the island nation. The EU’s foreign policy chief, Federica Mogherini, said at a meeting with Cuban counterpart Bruno Rodriguez on 22 September that they had reached a “turning point in our relations”.

The planned agreement forms the basis for an “intensive political dialogue” and closer cooperation on regional and international issues, said Mogherini on the sidelines of the UN General Assembly in New York.

In March, the EU and Cuba had already agreed to reset diplomatic relations. At the Havana meeting, both parties signed a decree that will serve as the blueprint for a future dialogue. European and Cuban negotiators have been negotiating the matter for the last two years. The outcome of the negotiations was announced just before US President Barack Obama’s historic visit.

The deal, which now must be adopted by the Council of Ministers, could bring an end to decades-long chilly relations between the EU and the government of Raúl Castro. So far, European governments have kept Cuba at arms length. The 1996 “Common Position” of the EU nations made a bilateral approach impossible until a “regime change” happened in Cuba. Havana labelled the position as mere interference in the inner workings of the country.

Since then, however, then European Commission president José Manuel Barroso began to make overtures towards Cuba in early 2014. The head of the executive was photographed smiling in the same shot as Cuban President Raúl Castro at an EU-Latin American summit in Chile. The member states also seemed keen to shake off the legacy of bilateral distrust.

In May of last year, French President François Hollande visited the Castro brothers at their residence in the Cuban capital. Sigmar Gabriel, Angela Merkel’s deputy, made the transatlantic voyage in January, the first German economic minister to do so in over a decade. 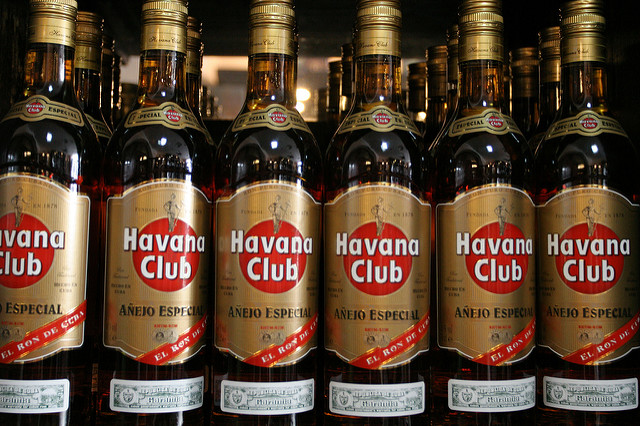 The EU and Cuba signed a deal Friday to normalise relations, including a deal on the delicate issue of human rights – a breakthrough just ahead of US President Barack Obama’s historic visit to the island.

But whether the US will make more than symbolic advances in lifting its blockade, opening up the Cuban market to eagerly awaiting Europeans, remains unlikely. The sanctions, which date well back to the Cold War, can only be lifted by Congress; no majority currently exists for this, though.

A few days ago, Washington announced that sanctions would be relaxed in two different areas. Firstly, there would be greater cooperation and exchange in the field of science. Secondly, easier access will be provided to Cuba’s most famous exports: rum and cigars.