The French parliament’s European affairs committee has rejected a resolution calling on France to block the ratification of CETA, just days before Prime Minister Manuel Valls is due to visit Canada. EURACTIV France reports.

The free trade deal between Canada and the European Union is due to be provisionally ratified by the end of this month, but members of National Assembly, the lower house of the French parliament, this week tried to push through a resolution calling on Paris to block it. And Valls narrowly avoided being placed in an embarrassing situation during his visit to Ottawa next week (13 and 14 October).

“It seems to me that there are a number of subjects where legal uncertainty persists, like the arbitration tribunals or the defence of the protected geographical indications (PGIs),” committee president Danielle Auroi told EURACTIV.

The CETA deal must be ratified by the EU member states and the European Parliament before it can provisionally enter into force. The EU and Canada hope to sign the treaty when Canadian Prime Minister Justin Trudeau visits Europe at the end of October. 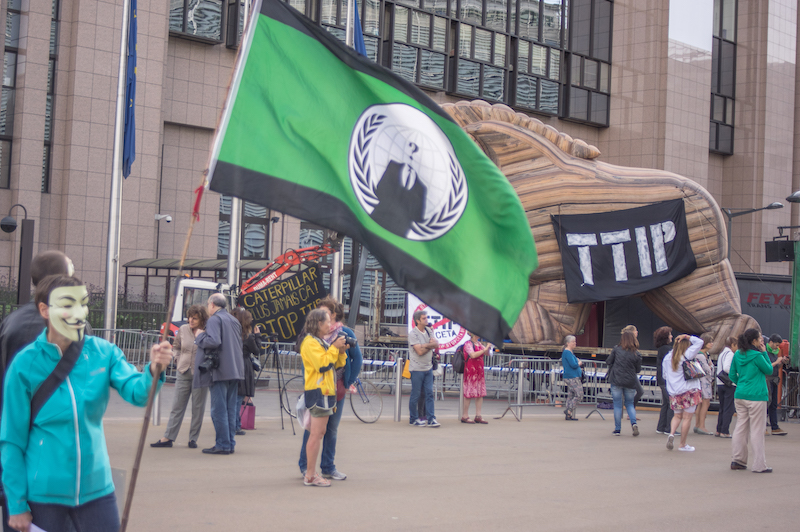 But the application of the deal will remain provisional until it has been ratified by all the EU’s national parliaments, an approach that many see as risky. “There would be nothing worse than an agreement that is only applied for two or three years before being struck down by one of the EU’s national parliaments. That would place the EU in great danger,” said French MP Jean-Noël Carpentier.

In the proposed resolution, MPs had asked Valls’ government to oppose “any provisional application” of CETA, in favour of waiting until the national ratification process is finalised.

“If certain national parliaments do not ratify CETA, nobody will be able to say whether this rejection should apply to the whole treaty or just to the competences held at national level,” the resolution said.

The resolution was supported by the radical left and the Greens, but blocked by a majority of the Socialists and Republicans.

“We do not know what the consequences of a rejection by a national parliament would be,” said Socialist MP Seybah Dagoma. One of her party colleagues added that it would have been too “delicate” to adopt the resolution just before the prime minister went to meet his Canadian counterpart.

“It depends if you view the glass as half full or half empty,” said Socialist MP Gilles Savary. He added that under CETA, PGIs would be given international protection. “This is the first time we have placed the respect of PGIs in a trade agreement,” he said.

CETA will protect a certain number of PGIs, a subject very dear to the French, but this protection will not extend to the whole list of products recognised by the EU. Green MEP José Bové sees this as an unacceptable threat.

Others argue that most cheeses are unlikely to be copied, so do not need the protection of the PGI scheme. Camembert and Comté, on the other hand, which today can be produced anywhere, will be protected as soon as the agreement comes into force.

“We have not learned our lessons from what happened in Great Britain with Brexit: that the whims of one single sate can blow apart the European project,” Bové said.

This was not the first attack on CETA by the French arlialent. On 21 September, nearly 100 MPs signed a letter to President François Hollande, demanding that the free trade deal not be applied provisionally, and that the French government consult the European Court of Justice on the issue.