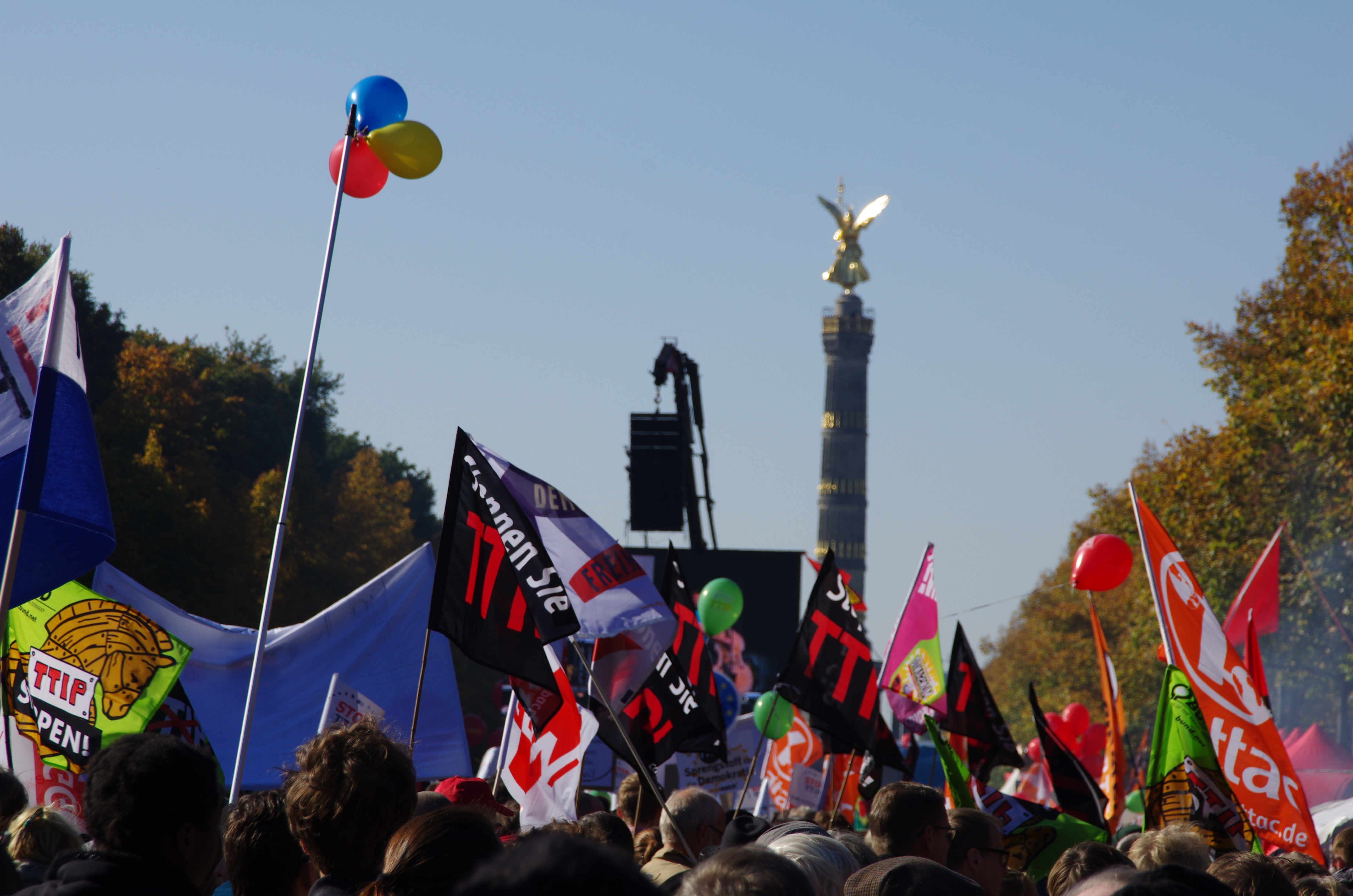 A broad-section of Germans turned out for last weekend's anti-TTIP demonstration in Berlin. [Frerk Meyer/Flickr]

Despite the massive anti-TTIP (Transatlantic Trade and Investment Partnership) protest in Berlin on Saturday (10 October), the German government and industry still want to press on with the negotiations. EURACTIV Germany reports.

“The Federal Government considers the reservations (…) to be unfounded,” said spokesman for Chancellor Angela Merkel, Steffen Seibert, on Monday (12 October). Europe has “a tremendous opportunity to set standards worldwide.”

However, the economics ministry still sees room for improvement in the plan. The BDI, an association that is “the voice of German industry”, has warned against failing in the TTIP negotiations. It wants the government to expand its “information and dialogue offensive”, so as to better counter TTIP’s detractors.

The government has been reacting to what was the largest demonstration to hit Berlin in many years, with police claiming the protestors numbered around 150,000, while the organisers put the figure nearer 250,000. The demonstrators’ main concern is that the planned agreement with the US will undermine European protection laws relating to environment, labour and food security and that the current agreement with Canada, CETA, already does this. There are also fears that corporations would be able to enforce their own interests against national governments through legal instruments that bypass ordinary law courts.

>>Read: Environmental and social protection to be discussed at next TTIP negotiations

The Süddeutsche Zeitung reported that Europe wants the US to commit to higher environmental and social standards in the “trade and sustainable development” chapter. The German government has reiterated that stringent European protection rules would not be lowered by the TTIP agreement in many areas. An economics ministry spokesperson acknowledged the concerns of the citizens who demonstrated on Saturday, but made assurances that high protection and technical standards could still be enforced worldwide.

BDI’s president, Ulrich Grillo, called for an open, factual discussion on the risks and benefits of TTIP, warning that simply opposing the agreement would just be detrimental. With TTP (Trans-Pacific Partnership) in its advanced stages, Europe must act if it is not to lose out on trade. Germany needs the open markets, Grillo emphasised, as nearly a quarter of jobs depend on exports.

0 responses to “German government hits back after TTIP demo”