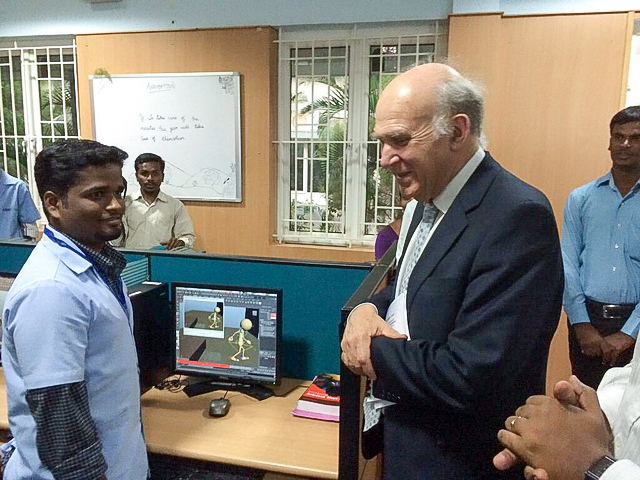 “I have assured the EU ambassador and ambassadors of individual EU countries that we are ready to talk with the European community. They have been our traditional trading partners,” Sitharaman told reporters in New Delhi.

Although progress has been insufficient in negotiations, the EU remains committed to signing ambitious agreements, said a Commission official.

“No further substantial progress can be reported with regard to the implementation of the Preferential Market Access policy for domestically manufactured electronic goods in public procurement due to security consideration after India had suspended the policy in 2013 and explicitly ruled it out its application to non-public procurement,” reads the report.

According to the Commission, India is expected to announce the value addition criteria in its government procurement.

An EU-India FTA will represent a major achievement.

India is one of the fastest growing economies, and is currently attracting ever more foreign investors. The European Union ranks first on the list of countries per number of investors in India. The potential of the trade agreement, as a tool of enhancing European economy is clear, said Arnaldo Abruzzini, Secretary General of EUROCHAMBRES.

Food safety labelling and packaging, and cosmetics are other barriers spelled out in the Commission’s report.

The last EU-India summit had taken place in 2012. Brussels and New Delhi are currently working on dates for a proposed summit, after India reportedly called off a visit by Prime Minister Narendra Modi to Brussels in April.

“The host for the next EU-India Summit is the European Union. The EU is keen to have a summit with India and is looking for a mutually convenient date which would allow for sufficient preparation,” Joao Cravinho, EU envoy to India, said in a statement.

Modi is visiting Germany for the Hannover Messe industrial fair on 13 April, and is expected to travel to France, too.

Cravinho said that while a mutually convenient date is being worked out for Modi’s visit, “high level visits continue to take place”, mentioning the EU-India Environment Forum at the end of February.

EU-India relations date back to the early 1960s, when diplomatic relations were first established. But it was 1994's Cooperation Agreement (which is still the current legal framework for cooperation) that opened the door to the broad political dialogue that has since evolved, notably through annual summits since 2000, and regular ministerial and expert-level meetings.

In recognition of both sides' political and economic importance, the EU-India Strategic Partnership was launched in 2004, in order to enable the two partners to better address complex international issues in the context of globalisation.

To underpin the Strategic Partnership, leaders adopted the EU-India Joint Action Plan (JAP) at their 2005 summit. The JAP defined common objectives and proposed a wide range of supporting activities in areas of political, economic and development cooperation.

In recent years, the establishment of a Free Trade Agreement between the two partners has gained momentum and a deal was expected in the spring of 2011, but disagreements have marred talks' progress.