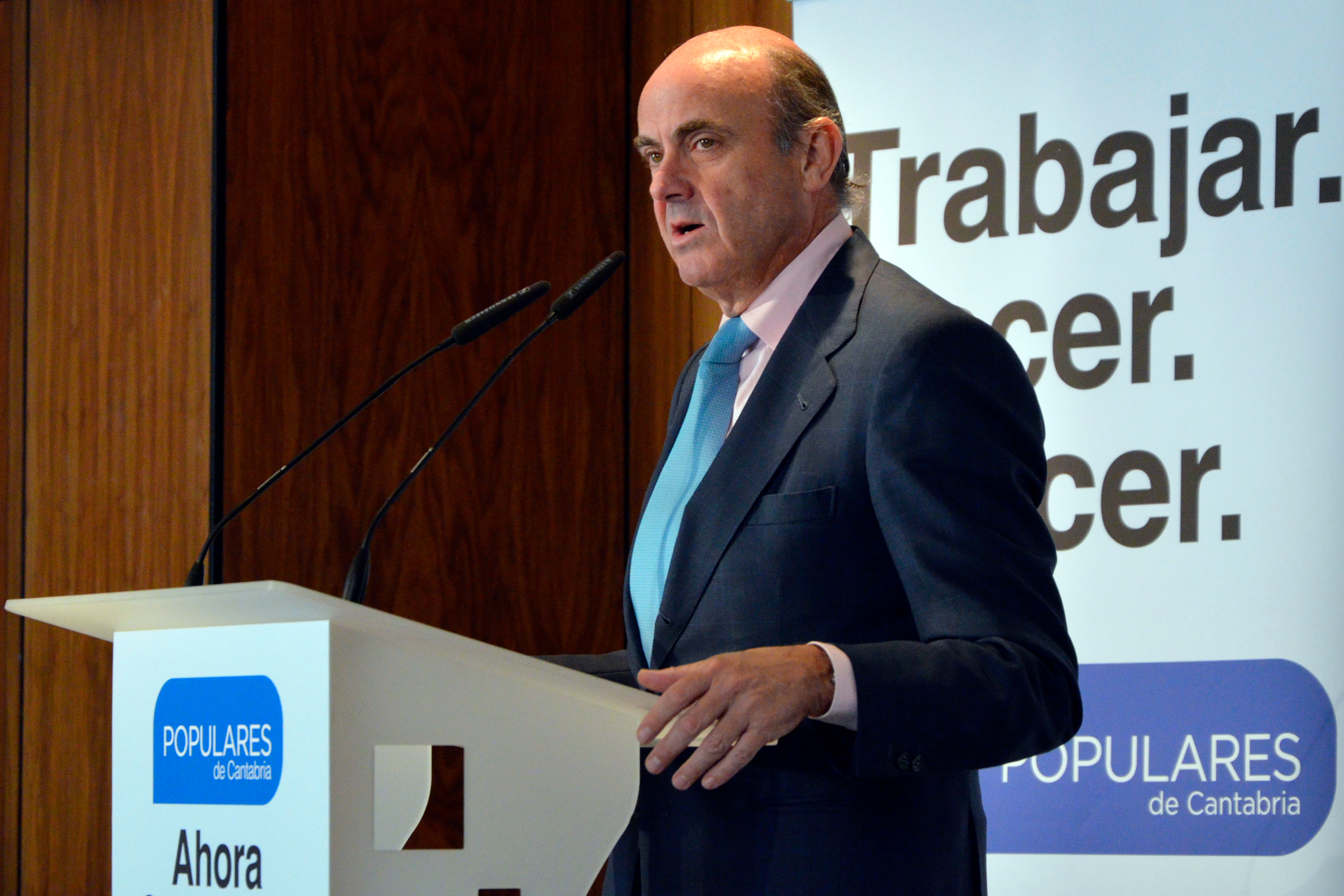 Luis de Guindos will have been pleased by the OECD's projections. [Partido Popular de Cantabria/Flickr]

The Spanish economics minister, Luis de Guindos, announced yesterday (9 November) that the OECD expects Spain to meet its fiscal-discipline objectives this year and next, as does the government itself. EURACTIV’s partner EFE reports.

“The public deficit goal of 4.2% for 2015, according to the Organisation for Economic Co-operation and Development (OECD), will be met and next year it will be below 3% (of GDP),” De Guindos said, upon arriving at a Eurogroup meeting of finance ministers in Brussels.

These figures are in contrast with the European Commission’s announcement last week, in which it expressed its doubts about Spain’s ability to reduce its deficit and meet this year’s targets.

In its new report, the OECD also revised its growth forecast for Spain, to 3.2% of GDP, slightly more optimistic than the Commission’s and the International Monetary Fund’s (IMF) prediction of 3.1%.

De Guindos noted that the OECD’s new figures are “identical” to those of the Spanish government.

However, in regard to next year, the OECD shares the Commission’s view that GDP growth will decrease to 2.7%, whereas Madrid is expecting a slight increase to 3%.

The OECD also warned that the outlook for Spain could be negatively affected by political uncertainty; a point which De Guindos assured was a reference to the general election on 20 December, not the issue of Catalan independence.

>>Read: Bank of Spain threatens to evict Catalonia from the eurozone

The minister will meet with two of the Commission’s representatives, Pierre Moscivici, the finance commissioner, and Valdis Dombrovskis, commissioner for the Euro.

Asked whether he would bring the OECD data up in the meeting, he indicated that the Commission would already be aware of the figures.

“I assume that the Commission takes into account the projections of other institutions such as the IMF and the OECD, as well as private analysts,” he said.

De Guindos mentioned that the part of the Eurogroup meeting dedicated to Spain will focus on the first results from the monitoring of the Spanish economy in the wake of banking reforms.

“The information we have is positive, the banking system continues along its path of recovery and is remaining solvent. Credit is back on the table and that is contributing to the recovery,” he added.