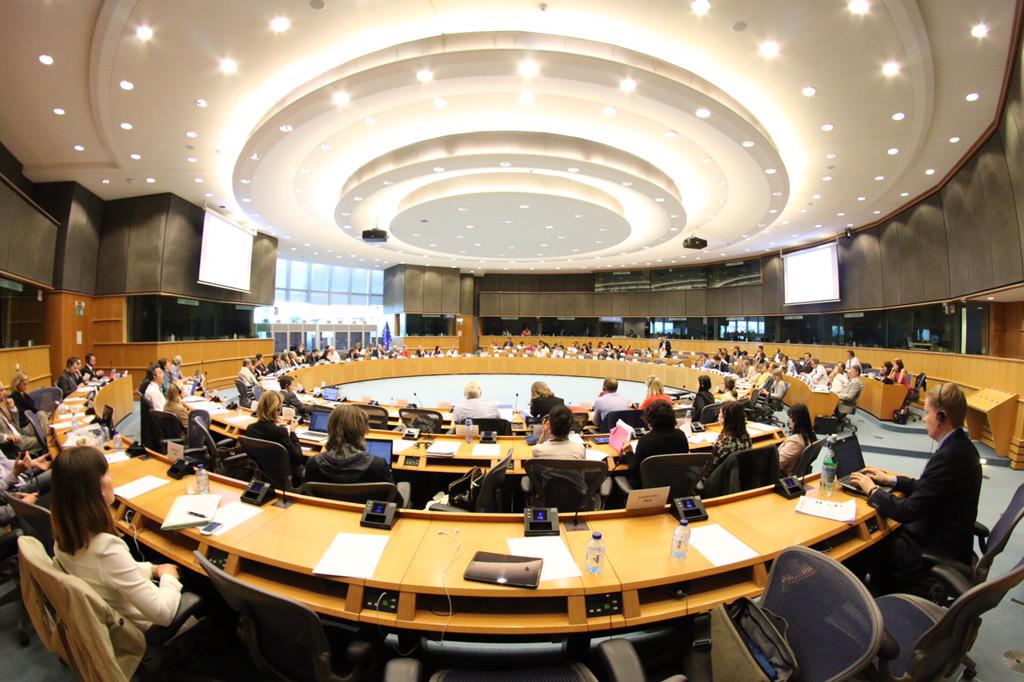 Next week’s vote on the Transatlantic Trade and Investment Partnership (TTIP) is in question, after the Socialists and Democrats backed down from a deal with the European People’s Party.

At their meeting in Brussels on Thursday (3 June) the S&D group in the European Parliament reasserted their initial position, adopted last March, to exclude an arbitration clause from the deal.

Last week (28 May), after a fierce horse-trading between political parties that went into late into the night, the European Parliament’s Committee on International Trade adopted a non-binding resolution that gave the go-ahead to the European Commission on the EU-US trade agreement, conceding that a controversial Investor-State Dispute Settlement, albeit reformed, would remain part of the deal.

“The S&D Group will not accept any kind of private arbitration. ISDS is definitely not the way forward. Both the United States and the European Union have reliable national courts which should be the regular procedure to solve any dispute,” said MEP David Martin, the S&D spokesperson on trade.

He insisted that the right of governments to regulate in the public interest must be “unambiguous, and the principle of equal rights between national and foreign investors must be safeguarded”.

The S&D has joined forces with the Greens, who criticised the Socialist MEPs for having rowed in behind the centre-right last week, and ensured a tame and sanitised outcome, instead of voicing the growing concern among the European public over ISDS.

The Commission has not reacted yet. But the coming days will likely be a race against the clock to create a compromise. If not, MEPs might break the ranks of their political groups and vote along national lines.

The debate is expected to take place within S&D national delegations.

Analysts fear that a resolution rejecting ISDS might reopen the Pandora’s Box of the EU-Canada trade deal (CETA), which includes a ‘reformed’ ISDS clause.

But in its March position, the S&D underlined that for CETA, the situation is different compared to TTIP, as the negotiations have been concluded already.

“Nevertheless, we stress that these reforms are clearly insufficient to close the loopholes,” the paper read.

Thirteen parliamentary committees have given their opinion on TTIP: 5 voted against ISDS, another 5 did not mention in the midst of growing public outcry against enabling corporations to use extra-juridical tribunals to challenge state authorities and national laws.

To ease such fears, the Commission proposed steps that can be taken to transform ISDS into a system which functions more like traditional courts. That involves the appointment of permanent arbitrators, with similar qualifications to those of national judges, and the introduction of a bilateral appeal system.

In parallel, the EU has called for the establishment of a permanent multilateral investment court with tenured judges, who would replace the bilateral mechanism over time.

MEPs seemed unimpressed with the Commission’s proposal, but they did in the end give it qualified support. However, the resolution is due to be put to a full plenary vote in the European Parliament in June.

“This resolution is the beginning of the end for ISDS, a development which is long overdue,” said S&D Trade Committee chair Bernd Lange last week after the committee’s vote.

It might be the end of ISDS as we know it in Brussels. Proposals might be coming in from member states on how they would break the deadlock, as France did recently.

Green MEP's Bart Staes and Molly Scott Cato today openly denounced the lobbying tactics of Mr Beyrer, Director-General of leading business advocate group Business Europe, for the contentious Investor-state Dispute System (ISDS) within TTIP. Both got hold of a lobby email by Beyrer to mr Pittella, the chairman of the S&D group and S&D-members.

So far, nine TTIP negotiating rounds have been held, the latest in New York (20-24 April).

In June 2013, EU heads of state and government authorised the Commission to start negotiating a free trade agreement with the US, giving guidelines concerning what the negotiations should include.

Member states already have 1,400 ISDS-type agreements with other countries, some dating back to the 1950s. There is an urgent need for reform, and everybody agrees.

The EU executive consulted the public on its approach to investment protection and ISDS in the TTIP, asking whether the EU’s strategy achieves the right balance between protecting investors, and safeguarding the EU's right and ability to regulate in the public interest.

The final decision, which must be ratified by both EU Council and Parliament in a full vote, will only be taken with the agreement of European Commission First Vice-President Frans Timmermans. Commission President Jean-Claude Juncker gave Timmermans the veto. He will ensure that ISDS complies with the rule of law, and principles of equality and transparency, according to a memo published by the executive.