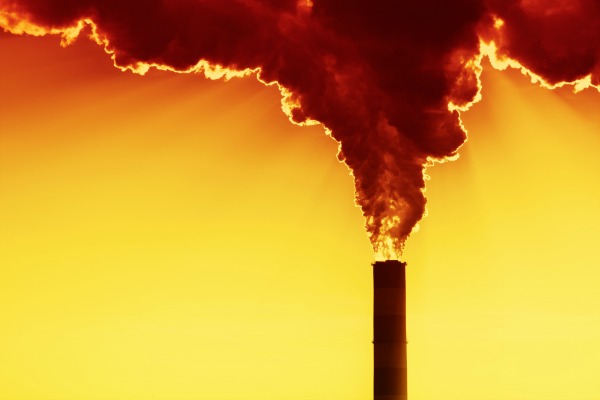 EU heads of state and government will discuss the bloc’s 2030 climate agenda with a renewed sense of urgency in Brussels Friday (21 March) amid calls to reduce the EU’s dependency on Russian gas imports following the annexation of Crimea and looming trade sanctions on Moscow.

The EU summit discussions on climate change appeared like a foretold story.

Ministerial talks held in preparation of the EU leadership meeting centred on re-balancing business and environmental objectives, an apparent concession to energy-intensive industries which had complained vocally about the high costs of the EU’s “unilateral” climate change policies.

“Several member states pointed to the need for a more balanced approach between the EU's industrial, energy and climate policies,” stated the EU’s 28 industry ministers who met in Brussels on 20-21 February.

In the run-up to the summit discussion, the EU had lowered its environmental ambitions for 2030, announcing a change of course from its existing 2020 climate agenda.

"We should avoid boiling down the debate to three digits,” said a senior diplomat from a large EU member state, referring to the EU’s 2020 climate goals, which mandate a 20% reduction in greenhouse gas emissions and a 20% share of renewables in the bloc’s energy mix by the end of the decade.

"I wish we stopped saying that we can always do more," the diplomat added in reference to the European Commission’s proposed objective for 2030, which suggests cutting emissions further, by 40% compared to 1990 levels.

Treading carefully, the EU Executive also proposed increasing the share of renewables to 27% of the bloc’s total energy use, but refrained from breaking those down into binding national objectives, as in the current 2020 plan. To the disappointment of green energy businesses and environmental groups, there was also no legally-binding objective for energy efficiency.

“We need to learn from the 2020 climate framework and be both ambitious and pragmatic before setting targets,” said the diplomat, adding that the EU needed to be more “realistic” about its energy and climate goals.

“I think all of us have realised the mistakes committed in the past,” admitted Kostis Hatzidakis, the Greek minister for development and competitiveness who chaired last month’s meeting of industry ministers.

EU climate position to be agreed ‘no later than October 2014’

But Russia’s annexation of Crimea, and the resulting EU sanctions on Moscow, have refocused Friday’s climate and energy debate on cutting Europe’s dependence on Russian gas.

Britain circulated a discussion paper ahead of the summit, citing a range of options to do this, including asking the United States to export more gas, and working more closely with Iraq. Speeding up shale gas exploitation is also high on Europe’s priority list.

And to widespread acclaim from clean energy campaigners, the communiqué also gives renewed impetus to renewables and energy efficiency.

“Moderating energy demand through enhanced energy efficiency should be the first step which will also contribute to other energy and climate objectives,” reads the draft, which also urges EU countries to “develop renewable and other indigenous energy sources”.

The European Commission is asked to draw up an in-depth study of EU energy dependence by June 2014: “The plan should reflect the fact that the EU needs to accelerate further diversification of its energy supply, increase its bargaining power and energy efficiency, continue to develop renewable and other indigenous energy sources and coordinate the development of the infrastructure to support this diversification in a sustainable manner.”

Moreover, EU countries pledge to “show solidarity in case of sudden disruptions of energy supply in one or several member states.”

Environmental campaigners are not enthused however, saying it is unlikely that EU leaders will endorse concrete climate targets for 2030 but only set out “a timetable for agreement before the end of the year,” according to a pre-summit briefing by Greenpeace.

The draft summit conclusions say the European Union will submit its contribution “as quickly as possible and no later than October 2014”. Previous drafts referred to the first quarter of 2015 as a deadline, “as should all major economies,” reflecting a renewed sense of urgency in the EU climate discussion.

Friday’s summit talks are expected to see a clash between “climate change hawks” represented by Nordic and Western EU countries, and “climate change realists” coming chiefly from Central and Eastern Europe, a diplomat from the latter group said.

“We should link our speed to the readiness of others,” the diplomat said, referring to other global players, including the USA and the emerging economies. He added that the EU should not repeat the mistakes of the 2009 Copenhagen Climate summit, when the EU “wanted to lead” globally by its high ambition and example, but was not followed by others.

By stating its quantitative targets too early, the EU will not be able to convince the rest of the world that it should follow, the diplomat indicated, saying his country was asking to link the level of the EU ambition to global readiness “to contribute equally and proportionally, in a commensurate way”.

This is precisely what the EU employers’ organisation BusinessEurope is asking.

Alexandre Affre, director for industrial affairs at BusinessEurope, says the Commission’s proposed 40% greenhouse gas reduction target “would be realistic only if we achieve a global climate agreement” at the December 2015 UN climate conference in Paris.

“Whatever the agreement at Paris is, the EU has to set a greenhouse gas reduction target. But the level of ambition needs to be adjusted according to the outcome of the Paris climate summit,” Affre said.