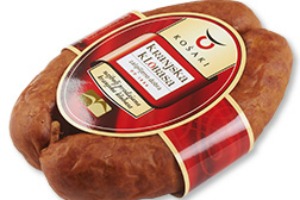 Croatia, which is due to join the EU on 1 July 2013, has objected to Slovenia’s request to obtain protected geographical status for ‘Kranjska klobasa’ – a sausage named after the Slovenian region of Kranjska – news media in the neighbouring countries report.

Croatia's Ministry of Agriculture has filed a written objection against the proposed protection of Kranjska kolbasa that Slovenia submitted to the European Commission, according to the news website Net.hr.

In accordance with EU rules, any country can object to product protection proposals within six months from the publication of information of the submitted application.

Zagreb says that its aim is to protect Croatian producers, who are estimated to export in excess of €10 million annually worth of the Kranjska sausages. The former Yugoslav republics shared the same products in Yugoslavia’s wider market.

"The Croatian Chamber of Commerce and Croatian producers of Kranjska sausages have compiled all relevant historical evidence since 2010 to back up the objection and the Ministry of Agriculture will further strengthen the Croatian case," says a statement from the Croatian authorities.

Probably more important than the sausage row, Zagreb and Ljubljana have long fought over a border demarcation, still unresolved. Also, recently the two countries clashed on a still unresolved dispute over money owed by a Slovenian bank to Croatian depositors dating back to before the 1991 breakup of Yugoslavia.

Croatia is set to join the Union next year provided all EU members ratify its accession treaty, signed on 9 December 2011. So far Croatia and 11 EU countries have ratified the Treaty. Slovenia hasn’t.