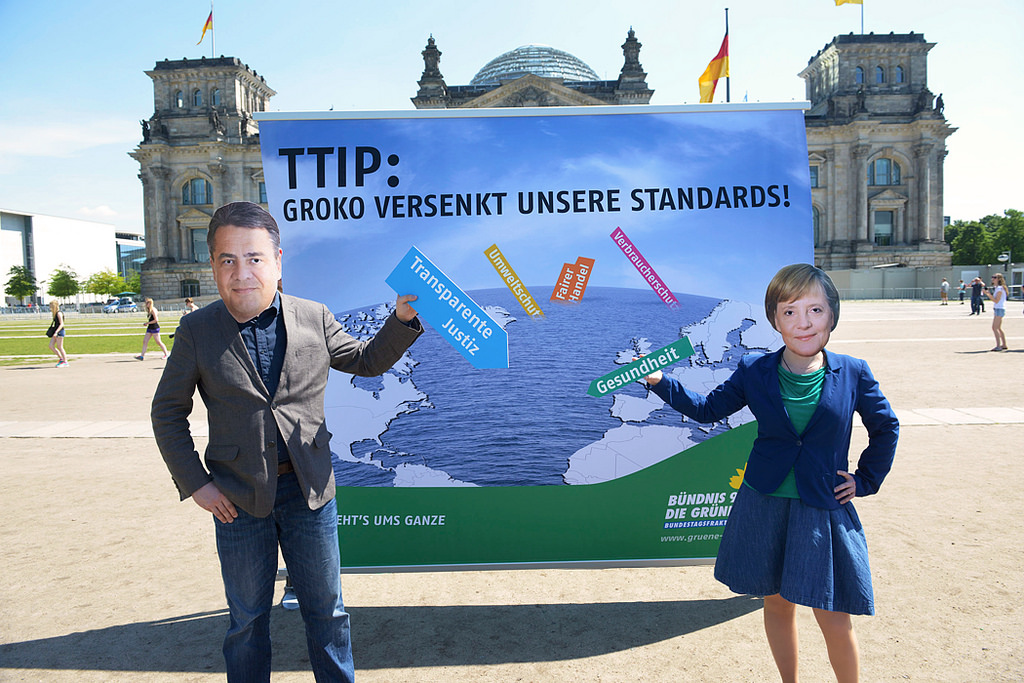 German Minister of Economic Affairs Sigmar Gabriel is clashing with his own party over the EU’s planned free trade agreement with Canada (CETA), calling on Bundestag members to approve the deal despite the controversial investor protection provision. EURACTIV Germany reports.

If Sigmar Gabriel gets his way, Germany will soon sign off on the trade agreement between the EU and Canada.

Speaking before the Bundestag on Thursday (27 November), the Economic Affairs Minister encouraged German MPs to vote in favour, despite the inclusion of the highly-debated investor-state dispute settlement (ISDS) mechanism.

“If the rest of Europe wants this agreement, then Germany must also approve. There is no other way,” said Gabriel in Berlin on Thursday (27 November).

In doing this, the Social Democratic Party (SPD)’s leader runs the risk of sparking considerable criticism from the party’s left wing.

At a party convention, Social Democrats already agreed to reject the ISDS provision, which gives corporations the ability to claim compensation for losses from states before a special court.

But Gabriel’s appeal to members of the Bundestag emphasised the economic benefit of free trade. Without the CETA agreement with Canada and the TTIP agreement with the United States, Europe would be left at the mercy of booming Asian markets, Gabriel argued.

“If we as Europeans lose out, it would be a mid-sized catastrophe for Germany.” Hundreds of thousands of jobs in industry are at risk, the SPD chief said. “If we do this wrong, our children will curse us.”

Just a few weeks ago, Gabriel still fully supported his party’s stance on the international arbitration provision. In CETA as well as the Transatlantic Trade and Investment Partnership (TTIP) with the United States he expressed opposition to the investor protection clause.

His concern was that foreign investors would be able to use the arbitration procedure to influence the justice and legislative systems in Germany.

The Economic Affairs Minister even went as far as to link German support with omission of the clause. In Germany, the investment protection chapter cannot be approved in its current form, Gabriel said at the time.

But in a recent meeting with EU Trade Commissioner Cecilia Malmström, the SPD politician backed down. “It will not be possible to have the arbitration procedure taken out of CETA. We are acting in a European environment and should also listen to the opinions of other countries,” Gabriel said after the meeting with Malmström. Over the next few months, things will be “improved” and “changed”, he promised.

CETA is a fundamentally “good agreement”, said Gabriel on Thursday in front of Bundestag members. The ISDS is a “weak procedure” and German concerns are not shared with any other European governments, the Social Democrat assured.

The final text for the CETA agreement was concluded a few weeks ago. After almost two years of “juristic fine-tuning” it is being passed over to the European Parliament and national parliaments for ratification.

But in civil society, the arbitration provision is still up for debate. Critics argue large US firms with Canadian subsidiaries and share holdings could use the free trade agreement with Canada to drag countries before courts of arbitration – even if the ISDS clause is taken out of TTIP.

>> Read: US multinationals could sue EU governments through CETA

A week ago, a coalition of 15 NGOs released a report titled “Trading Away Democracy”. The authors write that Canada has been sued 34 times within the provisions of the NAFTA agreement – at least once a year since 1996.

Ottawa and Brussels started trade negotiations in 2009 and a deal was initially supposed to be concluded by the end of 2011.

If the treaty is signed, it will affect almost 40% of world GDP. The transatlantic market is already the most important in the world. It is estimated that TTIP could save the average European household €545 each year, and could cause the European Union's GDP to grow by 0.5%.