The public consultation on the EU transparency register. [European Parliament]

Commission Vice-President Frans Timmermans claimed on Monday (2 May) that the EU was a world leader in trade transparency, as he called for a compulsory register of lobbyists in Brussels.

At a public debate in the European Parliament, Timmermans insisted that there was “nothing in the TTIP leaks that the EU had not already disclosed.”

Greenpeace on Monday leaked 248 pages of classified documents on the Transatlantic Trade and Investment Partnership (TTIP), which, it said, reveal “major risks for climate, environment and consumer safety”.

But Timmermans maintained that the only new information to come to light through the leaks related to the US negotiating position. He insisted that the EU’s position was already public knowledge.

“Transparency is one of the few tools we have to reconnect with very sceptical citizens,” said Timmermans.

Greenpeace said yesterday (1 May) it was in possession of leaked documents showing that a planned huge free trade deal between the United States and the European Union poses “major risks for climate, environment and consumer safety”.

He agreed with Timmermans that “the problem is Washington, not Brussels”.

“It depends on the other party,” the GUE/NGL MEP said. “We do what we can but if they have different standards, we can’t change that.” 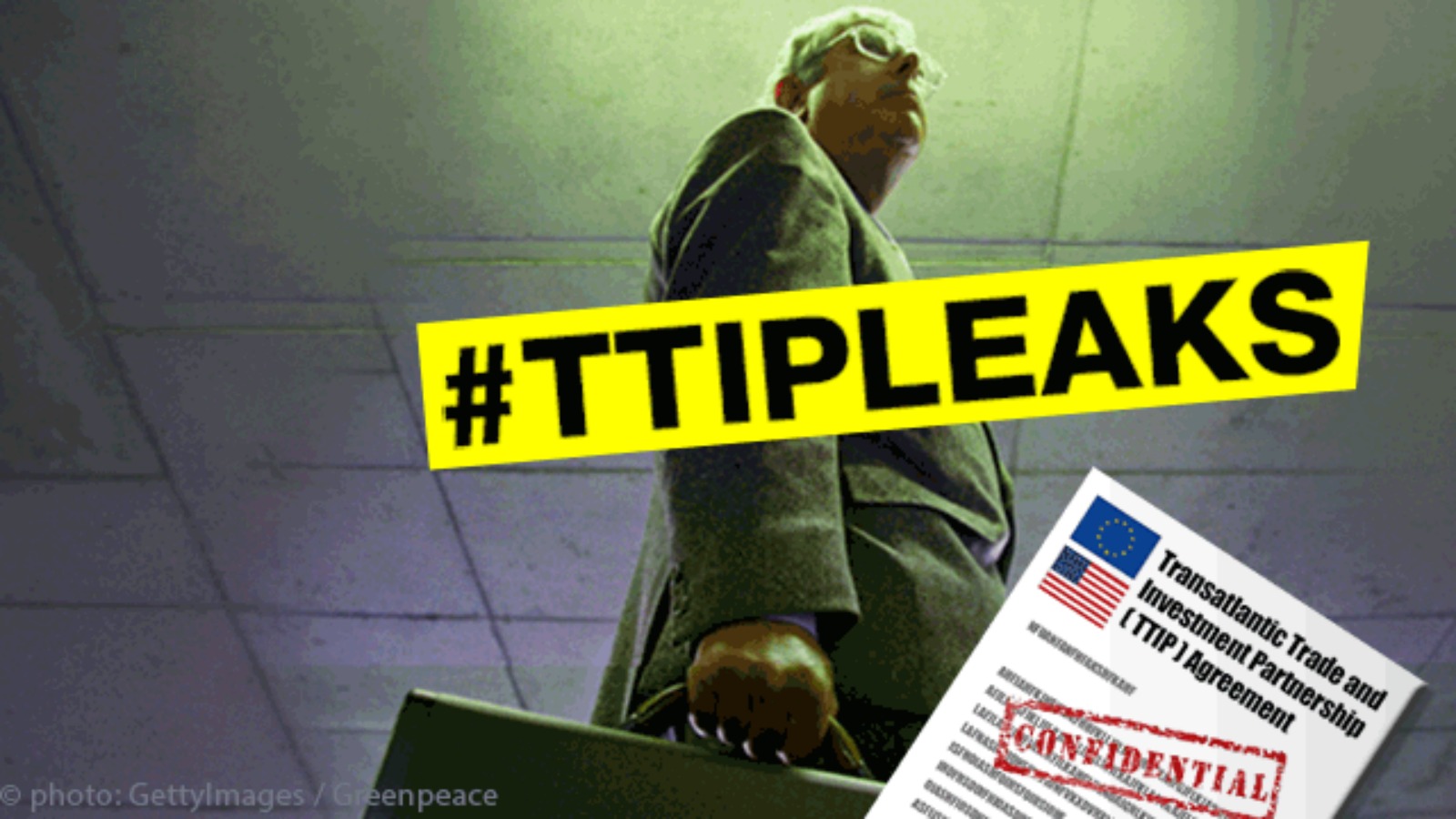 A register of lobbyists in the European Parliament has existed since 1995, but has never been compulsory. The Commission launched its own register in 2008 and the two were merged in 2011.

MEPs have been calling for the transparency register to be made mandatory for all lobbyists interacting with all levels of the EU institutions since 2008.

But the Commission Vice-President rejected calls for all European civil servants to be subjected to the transparency requirements, saying this would create a “bureaucratic monster”.

Instead, he insisted that only meetings with high-ranking decision-makers (Commissioners, director-generals, MEPs etc.) should be declared, in order to give ordinary civil servants the protection they need to do their jobs effectively.

He added that the aim of the transparency register is to ensure accountability and build trust between the European institutions and citizens.

The register currently works on a voluntary basis. Interest groups are offered incentives to sign up, like access to the Parliament premises and meetings with high-ranking EU officials, and can be struck off the list if they break the rules.

“If you are not on the register you cannot meet people, therefore you cannot provide value for your clients,” said Karl Isaksson, the chairman of the European Public Affairs Consultancies’ Associations (EPACA), representing lobbyists in Brussels.

He described this “quasi-mandatory” system of incentives and sanctions as “hypocritical”, because lobbyists face a choice between signing the register and losing their clients.

Isaksson joined the Commission Vice-President in calling for a well-defined mandatory register. “It is time for decision-makers to put their money where their mouth is,” he said.

The ITCO co-chair said he hoped the register would provide a “lobbying footprint” for each piece of legislation, and allow citizens to see “concretely, what impact lobbying has on the legislation that comes out” of the institutions.

There is currently no system for keeping track of the interest groups that influence MEPs, but de Jong believes the meetings declared in the transparency register should appear on the MEPs’ personal pages on the European Parliament’s website.

If citizens believe their MEPs have been too heavily influenced by certain interest groups, they can hold them to account at the next election.

The Dutch MEP also insisted that a mandatory register should allow a certain amount of flexibility. “Politicians need to have space to test the water with informal contacts” he said. “If the net is closed too tightly around all meetings with interest groups in the institutions, these meetings will just take place in a hotel next door.”

The transparency register is a voluntary system, but the incentives for signing and the sanctions for organisations or individual lobbyists that break the rules make it all but impossible to exert any influence without signing the register.

Since the beginning of the Juncker Commission, all lobbyists trying to influence high-ranking members of the Commission must have signed the register.

MEPs have been calling for the transparency register to be made mandatory for all lobbyists interacting with the EU institutions since 2008. But it has been held back by opposition from certain quarters, along with a series of technical hurdles.