In the first visit to the European Parliament by a Canadian government chief, Premier Trudeau said that “The people we represent will support trade if it creates better jobs and makes their life more affordable. That is what they expect.”

“We have to make sure that we deliver,” he insisted, trying to calm protestors, who repeatedly slammed the deal as being designed to benefit multinationals.

MEPs gave the green light to the Comprehensive  Economic and Trade Agreement with Canada, also known as CETA, on Wednesday (15 February), clearing the way for the deal to come into force provisionally this spring.

After seven years of negotiations, and a bumpy final landing, CETA was signed in October.

Backed by 408 MEPs and rejected by 254, with 33 abstentions, the deal will now face the hurdle of being ratified by the 28 member states. The ratification process varies from country to country, with some requesting approval in national parliaments.

On the back of the Transatlantic Trade and Investment Partnership (TTIP), CETA was criticised by activists, who have argued for years that it promotes business interests to the detriment of farmers and workers.

Last fall, the Belgian region of Wallonia also held up ratification proceedings claiming it was hardly given any time to read the agreement and work out the impact on its citizens.

Speaking at a press conference, the Canadian leader said people must be convinced that “Trade is not a zero-sum game but that it rather benefits both sides.”

During his speech, Trudeau said that the EU and Canada have built something important and “Now we need to make it work.”

Being able to point to a positive example on trade will be crucial, the prime minister emphasised. As the vast majority of provisions in CETA will come into force in April, tangible benefits from the deal will be perceived quite rapidly, said the premier, speaking to the press. 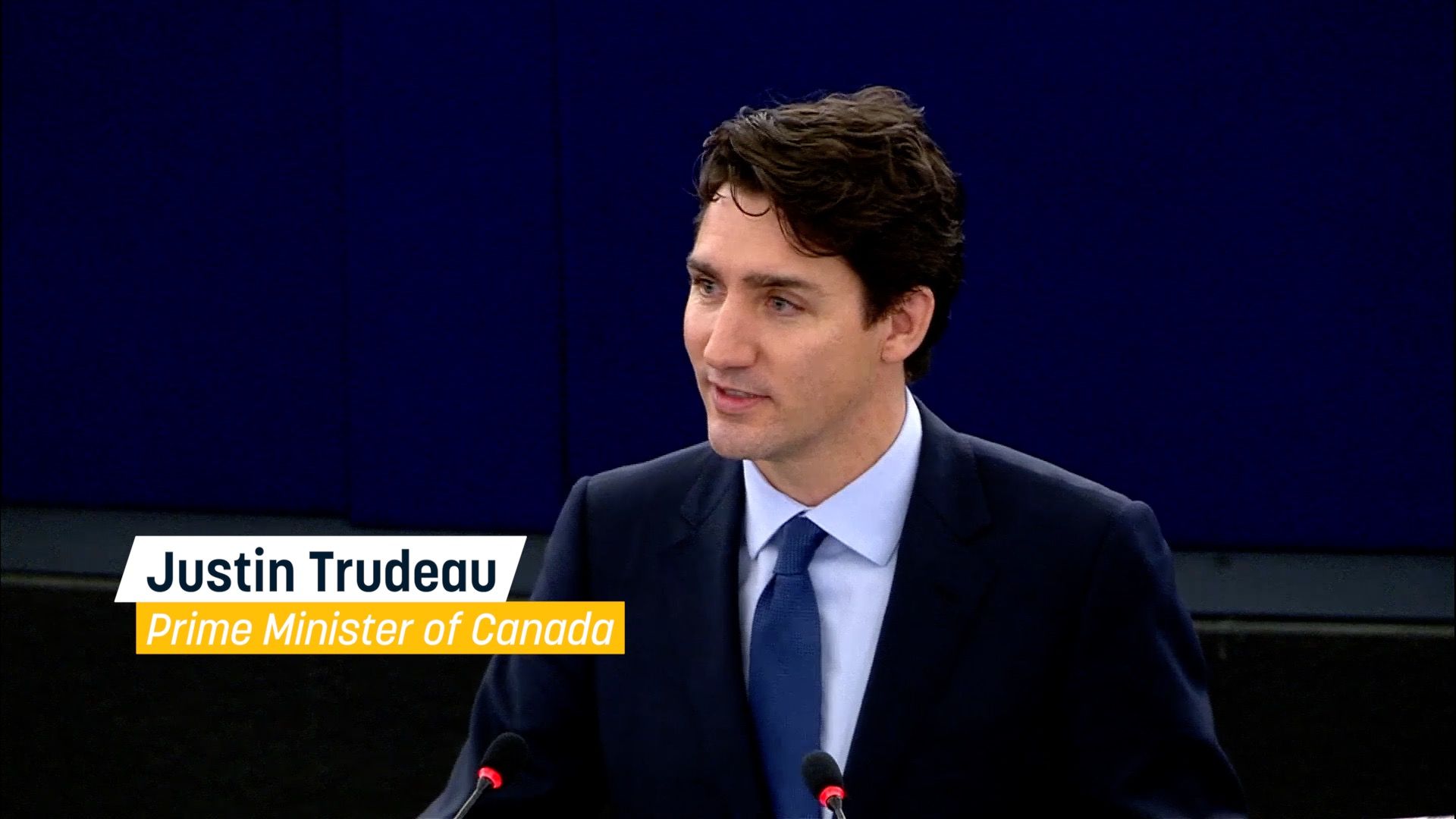 Trudeau at the European Parliament: 'Together we have built something'

Prime Minister Justin Trudeau told policy makers today (16 February) that have to do more to make sure their voters see the benefits of CETA.

Trudeau, who become prime minister on a platform that fought for fairness for the middle class, said that to create support for trade can only work if governments are able to show that it is inclusive and that trade works for everyone.

“At the heart, CETA is a framework that works for everyone,” he said.

Blueprint for other trade deals

“Make no mistake about it, this is an important moment,” he said.

The Canadian leader gave his speech fresh off of a trip to Washington, where he and President Trump attempted to bridge their many differences even as Trump threatens to scrap the North American Free Trade Agreement (NAFTA). CETA is in stark contrast to the policies of President Trump, who withdrew from the proposed Trans-Pacific free trade deal TPP.

EU Trade Commissioner Cecilia Malmström told Euractiv Spain that the bloc’s Canada deal (CETA) has “the highest standards” and confirmed Mexico and Mercosur are next on the negotiating agenda.

Trudeau noted that “the European Union is a truly remarkable achievement and unprecedented model for peaceful cooperation”.

“Canada thinks that an effective European voice on the global stage is not just preferable but it’s essential,” he continued, stressing the EU is the largest donor and the world’s largest economy.

“You are a vital player in addressing the challenges that we collectively have as an international community. Indeed, the whole world benefits from a strong EU,” he insisted.

Trudeau continued by emphasising that the relationship between Canada and the EU is so resilient because of its common values.

“Collectively we believe in democracy, transparency and the rule of law. We believe in human rights. We believe in inclusion and diversity,” he added, making the link with the European motto: “United in diversity.”

Trudeau insisted that the role of the state is not only to support people but to create the conditions for trust.

The Canadian leader will next travel to Berlin, where he will meet with German President Joachim Gauck and have a working lunch with German Chancellor Angela Merkel.

Trudeau will also visit the Bundestag and the German Holocaust Memorial.

2 responses to “Trudeau to MEPs: Trade has to work for people”