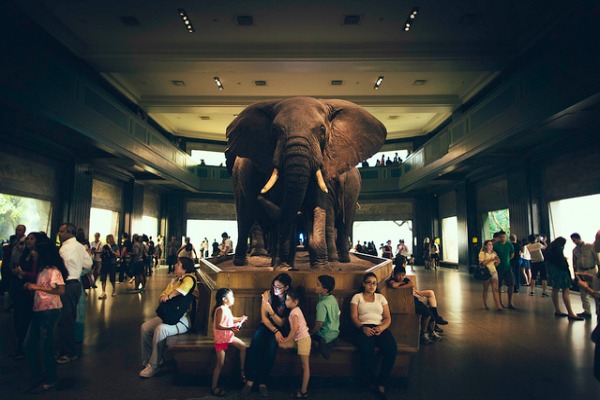 SPECIAL REPORT: The controversy surrounding the inclusion of the Investor-State Dispute Settlement clause in the Transatlantic Trade and Investment Partnership (TTIP) is seen by some as a smokescreen for ideological opposition to the treaty, and is perceived as a way to divert attention from other likely hotspots in the negotiations.

Fredrik Erixon, the director of Brussels-based think tank ECIPE, has claimed that underlying the broader campaign against ISDS, there is opposition from member states to the idea of Brussels negotiating an investment treaty on behalf of the EU.

The EU gained the mandate to negotiate on behalf of the bloc following powers conferred by the Lisbon Treaty, signed in 2007, which came into force in 2009.

Erixon said that the British, French and Germans were all circumspect about allowing central negotiation on investment treaties.

The British have reconciled themselves to the fact that they will no longer be negotiating on the issue, according to Erixon, but in Germany, where there has been a fear that the EU will not be as accomplished as German negotiators, it has been less easy to accept. Hence, he claimed, German political opposition to the ISDS clause.

At its most recent party convention, the German coalition partners, the Social Democrats, agreed to reject the ISDS provision.

The German Minister of Economic Affairs – Social Democrat Sigmar Gabriel – fully supported his party’s opposition to the international arbitration provision both in the EU’s planned free trade agreement with Canada (CETA) as well as TTIP.

The Economic Affairs Minister went so far as to link German support for TTIP with omission of the clause.

Gabriel has since rowed back on this opposition.

“It will not be possible to have the arbitration procedure taken out of CETA. We are acting in a European environment and should also listen to the opinions of other countries,” Gabriel said in Berlin on 27 November.

“If the rest of Europe wants this agreement, then Germany must also approve. There is no other way,” said Gabriel.

As Social Democratic Party leader, Gabriel runs the risk of sparking considerable criticism from the party’s left wing, however. Their opposition feeds into the broader German reticence to release power to negotiate such treaties to Brussels, according to Erixon.

That opinion was echoed by Italian MEP Alessia Mosca – herself a member of the EU Progressive Alliance of Social Democrats – at a recent seminar on ISDS organised by the European Policy Centre.

Mosca wondered how much of the protest is inspired by the fear of a number of member states of losing some of their trade policy sovereignty as a result of this agreement.

When the smokescreen lifts: data, energy flashpoints ahead

If ISDS is being used as a shield for broader concerns about trade sovereignty, however, it is certainly diverting attention from other issues that could cause more problems within the negotiations.

The almost exclusive focus of popular opposition to TTIP on the arbitration clause has diverted attention from other key issues hampering the negotiations.

In the case of two of these – data protection and energy – the key problem lies in the fact that they are not on the table for discussion at all.

Significantly, it also came shortly before the Prism scandal began to seep revelations of data espionage, which have since soured EU-US relations.

>> Read: Data is the elephant in the TTIP room

The EU executive has been keen to ensure the swift passage into law of controversial new data protection rules, which after long delays are currently still being debated by member states and the European Parliament, with the aim of agreeing legislation next year.

With Germany and France – and new Digital Affairs Commissioner Günther Oettinger – notably hardening their stance on Google in recent weeks, and calling for a stronger EU response to perceived competition abuse by the US giant, the scope for data issues yet to effect TTIP is immense.

One source close to the US industry who spoke on condition of anonymity told EURACTIV last year: “At the moment, it is looking like a trade dispute over the data sector is as likely to emerge between the US and EU before any trade agreement emerges.”

His remarks are beginning to look prescient.

“In the end, data flows will have to come onto the table. The TTIP cannot be agreed before that happens,” one senior negotiator close to the TTIP talks told EURACTIV last month on condition of anonymity.

US industry is keen to see such ‘data flows’ brought within the discussion.

US wants data on table; EU wants energy on table

For its part, the EU is pushing for the inclusion of an energy chapter in TTIP, currently also off the negotiating table.

During talks with US Secretary of State John Kerry, the EU’s foreign affairs chief Federica Mogherini last week (3 December) pushed for the chapter during the EU-US Energy Council.

Mogherini argued that an energy chapter in the free trade agreement would “set a benchmark” in terms of transparent, rules-based energy markets to the rest of the world, according to a senior EU official at the talks.

EURACTIV understands that the US would prefer the market to drive supply. At the moment, any US gas imports to the EU would likely be sold onto other markets, that pay higher prices.

Data protection is another issue that could attract as much popular attention as ISDS, which might in time come to be seen as simply the first of many bumps in the road to TTIP. The real elephants are yet to enter the room.