A reality check of TTIP: beyond the popular account 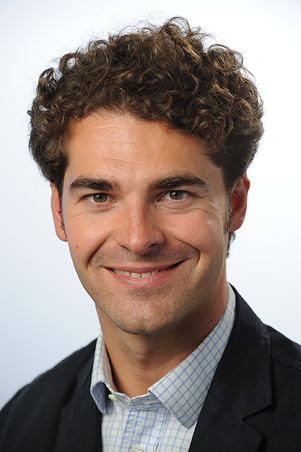 An increasingly polarised and largely misinformed debate accompanies TTIP negotiations. After highlighting what is actually at stake in this agreement, Alberto Alemanno illustrates where the real source of concern lies.

Alberto Alemanno is Jean Monnet Professor of EU Law at HEC Paris and the author of a forthcoming policy report by the European Parliament entitled “The Parliamentary dimension of TTIP”.

The conclusion of a Transatlantic Trade and Investment Partnership (TTIP) is facing more hurdles than those usually accompanying the negotiations of a trade agreement. Given its ambition, novelty and potential disruptive nature on future global economic governance, this result is not a cause of surprise. Yet a better understanding of what is really at stake in TTIP could render the negotiations and the ensuing public debate more informed and less polarised. Unfortunately neither the media nor civil society organisations appears driven by this objective. They rather unwisely contribute to misinform and amplify concerns by focusing on some selected aspects – such as the transparency of the negotiations or the inclusion of an Investor-State Dispute Mechanism (ISDM) – which paradoxically might not be the most problematic of the agreement. To debunk some myths and possibly refocus the debate, a few fundamentals must therefore be asserted. First, TTIP is not occurring in a vacuum. In recent decades, governments across the world – including the EU and the US – have cooperated to coordinate policies “behind the borders” through a variety of efforts at the multilateral, regional, and bilateral levels. These efforts have been driven by the trade liberalization agenda, which views domestic regulatory action as a factor impeding international trade. Given the rapidly shifting geopolitical landscape and the current inability of the WTO and other trade arrangements to effectively address nontariff barriers, the EU and the US are willing to go beyond traditional international treaty-making to explore new avenues of international regulatory cooperation. That’s where TTIP comes from. Second, TTIP is expected to deliver more than a transatlantic free trade area: in addition to the commitment to eliminate tariffs, it would embed for the first time the application of good regulatory practices (e.g. consultation, transparency, impact assessment, etc.) into a trade agreement, without however substantially altering the parties’ respective ways of making legislation or rules. As a result, TTIP can be seen as a permanent mechanism enabling the respective regulators to enter into ad hoc dialogues aimed not to jointly regulate but to determine whether their regulatory answers to the same problems may result compatible. Third, unlike any previous trade arrangement, TTIP is set to become a ‘living agreement’, whose obligations will continuously be added without the need to re-open the initial international treaty nor to modify each others’ institutional frameworks.  Thus, should the regulators identify areas for convergence (such as marketing authorizations for pharmaceuticals or technical standards for car headlights), their agreed commitments – be it in terms of mutual recognition, equivalence or best practices – will become legally binding through a sectoral annex.

That’s where public opinion’s attention should be focusing on.  Indeed, although TTIP is not supposed to alter existing regulations or adopt joint standards, its cooperation mechanism – due to the commitment to regulatory coherence – nudges the regulators away of the previously agreed regulatory standards. In so doing TTIP is inevitably set to reopen the legislative and rulemaking processes: determining the equivalence of two separate sets of standards requires going back to a previous internal political decision. In other words, while an agreement reached within a regulatory dialogue – be it equivalence or mutual recognition – does not formally modify the domestic regulatory requirement – which remains unchanged vis-à-vis the domestic product or service  –, it implies a departure from it in relation to the imported products or services. This may prompt fundamental accountability problems as the operation of TTIP may result in regulatory processes that gradually appear detached from the previously agreed policy choice and therefore the policy preferences of the regulated.

In these newly created circumstances, it is crucial to foresee some societal and parliamentary oversight on the operation of TTIP that could be capable of satisfactorily address the legitimacy challenges raised by its operation. While there seems to be a case for building a role for the European Parliament and US Congress, it is not clear whether the ongoing negotiations currently envision a mechanism requiring their involvement and how that would connect with the existing transatlantic parliamentary cooperation.

Contrary to current institutional and popular narratives accompanying its negotiations, the fate of TTIPS’ success will be played less on issues of transparency or fears of ‘race-to-the-bottom’ and more on its ability to ensure parliamentary and societal input to guarantee its legitimacy and accountability once in operation. That’s where we should all focus on when debating TTIP.