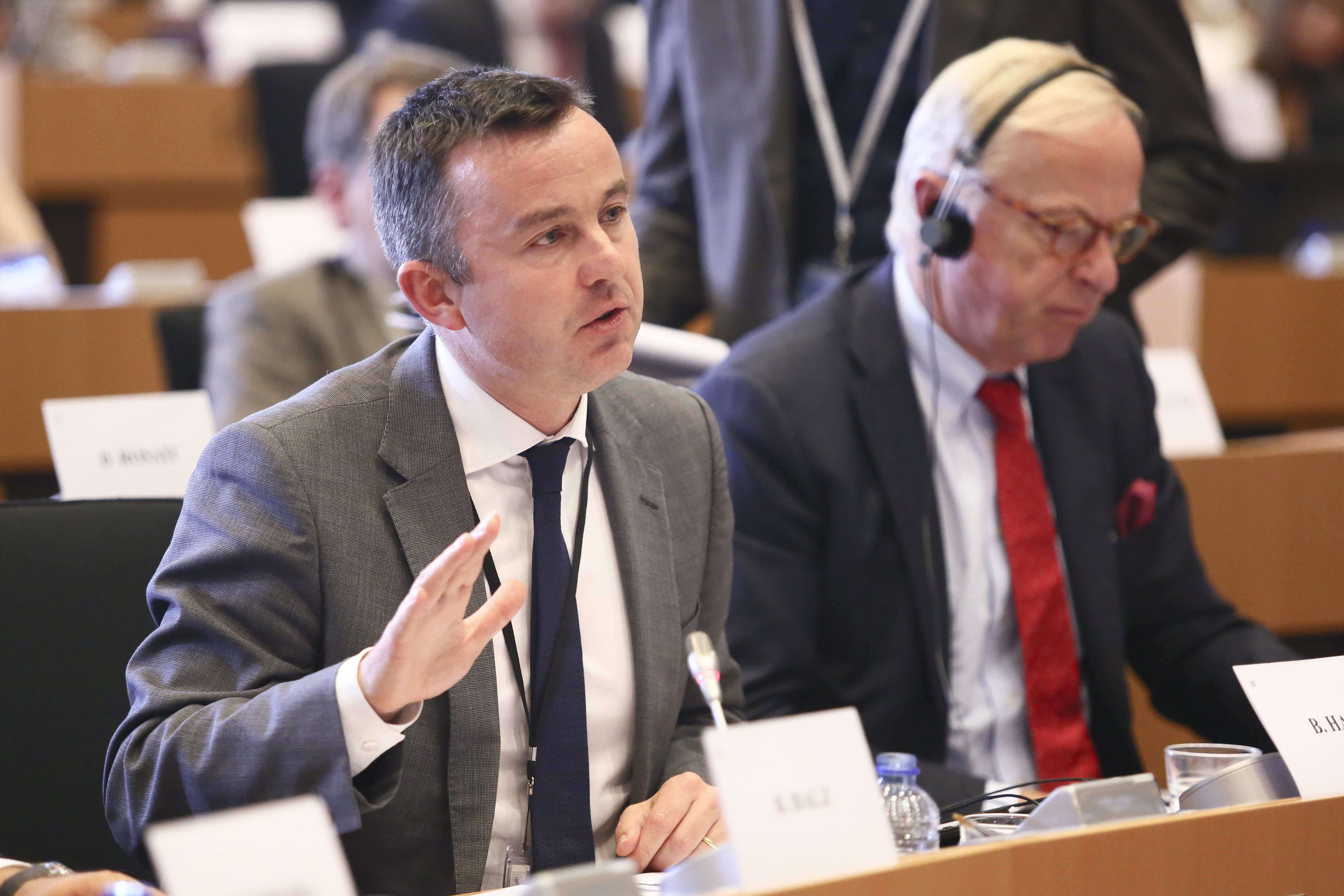 Many Europeans support the UK’s reform agenda, but a Brexit would lead other EU member states, and particularly Ireland, into uncharted waters, argues Brian Hayes.

Brian Hayes is an Irish Fine Gael/EPP Group MEP and a member of the Economic and Monetary Affairs and Development Committees of the European Parliament.

Winston Churchill’s famous speech in Zurich in 1946, arguing why Europe needed to become like the United States of America, has been used by European federalists ever since as evidence of pro-European instincts within Britain. But of course Churchill, like so many other British post-war political leaders, was happy to see unity break out on the continent, while they remained as bystanders, looking on from afar. Britain has always been keen to encourage other Europeans to integrate – as long as they are not included.

Britain has never fully understood why Europe has needed the EEC, now the EU.

Since the end of World War Two, European countries have needed the European Union for very different reasons. For Germany, their commitment to democracy after Nazism was expressed by their commitment to the EU. The French needed a new relationship with Germany, a kind of new economic inter-dependence, and found it in the EU.

For others like Spain, Italy and Greece they needed the EU to bookend a period of military control and dictatorship. The new accession counties to the east expressed their independence from soviet domination by joining the EU.

Ireland needed Europe for slightly different reasons. How independent were we in the 1950s because of our dependence on Britain? The Irish punt was pegged to sterling. The Bank of England effectively set our interest rate. We joined the EEC with the British in 1973, because we couldn’t have joined without them. I wonder if they were to leave the EU now, would the same logic apply? Our economies are totally connected and not just on trade. Our economy is based on the British model.

Free trade and opening up trading links is at the epicentre of British business. It’s also the corner stone of the EU. Since the 1980s Europe has established a single market, liberalised trade and demolished protectionist barriers to the freedom of movement of goods, services and people. That free market approach a great deal in common with British values and British business life.

Ireland’s accession to the EU was a kind of coming out into the world. Much of the progress we have made since joining, both with the economy and with Northern Ireland, is thanks to our membership of the EU.

The upcoming UK in-out referendum on Europe is the biggest decision affecting Irish foreign policy in the country’s history. It is no exaggeration to say that its ramifications are enormous for us and for the rest of Europe. Were Britain to leave the EU, we would face a terrible dilemma.

Last September, I argued that a British in-out referendum was no bad thing, as it would once and for all resolve a question that has bedevilled British politics for a generation. A referendum in the UK may help to define a new relationship with Europe.

David Cameron needs a deal on Europe and we can help in arguing for a fair and balanced agreement that meets the concerns of the majority of member states. Germany wants to help Cameron and will do everything, bar treaty change, to keep the British in.

Many in Europe agree with Britain’s argument for reform of the EU, but resent the way that reform is put forward as an exclusive British concern. Tony Blair made this exact point some time ago in suggesting that too often the question of EU reform is argued by Britain in exclusively British terms, rather than in a wider European context.

I believe that all of the above is possible in an overarching agreement between Britain and the EU. Where I fundamentally disagree with the British approach is on the question of European migration. Notwithstanding the fact that over two million British citizens live in other member states, a fact frequently ignored in this debate, David Cameron will get no support in trying to limit the right of EU citizens to live and work within the EU. It is a fundamental right that Europe grants to all Europeans. It cannot be on the table and I believe that the British understand this.

Just as Churchill encouraged Europe to unify in 1946, the UK is now encouraging the eurozone to complete the task of integration, while placing itself outside of the single currency. In my view that’s a dangerous strategy.