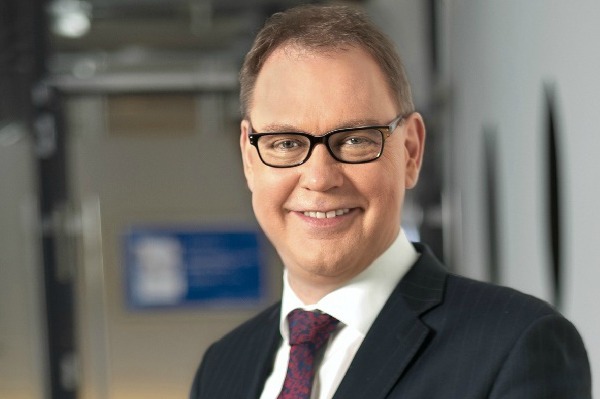 The transatlantic trade agreement TTIP, negotiated between the EU and US, could become the nucleus of an agreement on global standards for food safety, environmental protection, data protection and workers’ rights. This could be an ideal opportunity to generate a public debate on these EU values, argues Aart de Geus.

Aart de Geus is the Chairman and CEO of the Bertelsmann Stiftung, and former deputy secretary-general of the OECD and minister of social affairs and employment in the Netherlands.

“The successful completion of world trade talks on Bali last December is already considered historic. One hundred fifty-nine countries agreed to simplify world trade by having fewer customs regulations and more uniform trade rules. Does that make a Transatlantic Free Trade Agreement, like the one the European countries and the USA are currently negotiating, superfluous? Hardly. Because a new agreement between the EU and USA could clear the way for the next major step: a thorough-going liberalization of world trade. More than just overcoming traditional trade barriers, it can become the nucleus of an agreement on global standards for food safety, environmental protection, data protection and workers’ rights.

That kind of free trade agreement would go far beyond what has so far been governed by multilateral trade agreements. There is plenty of evidence that more intensive trade cooperation between the EU and USA would promote growth and prosperity on both sides of the Atlantic. Even if it may be difficult to quantify its effects exactly, it is clear that there are benefits for all, even the crisis-shaken southern European countries. Calculations by the Bertelsmann Foundation show that a trade agreement is not a zero-sum game in which some EU countries win what others lose. Even if closer economic cooperation with the USA would not solve all the problems of the crisis-bound EU economies, an opportunity for growth not based on more debt is too important to neglect.

Just considering the economic outlook would however needlessly diminish the impact of a Transatlantic Free Trade Agreement. The goal of the negotiations should remain the elimination of unnecessary trade barriers, but existing Europe-wide environmental and social standards must still remain secure. Besides this substantive condition, a process-based condition must be met if the EU and USA expect to gain wide popular acceptance for a broad-based Free Trade Agreement. Better information must be given to the public about the content and progress of the negotiations. So far, in early phases of the negotiation, a lack of knowledge and transparency has led to serious popular mistrust and rejection. The debate is already marked by combative terms, and harm seems to have been done to the relationship of trust between the EU Commission and European consumer protection, environment and cultural lobbies as well as unions.

That may also be due to the fact that in negotiating such a thorough-going agreement, Europe and the USA are entering unknown territory, institutionally as well as procedurally. Something of this magnitude has simply never been done before. Whereas earlier bilateral trade agreements were essentially about tariff barriers and customs duties, the focus is now on regulations that cover the most varied areas, including health, medicine, environment, culture and food, all areas that affect people directly and emotionally. What lacking public support can mean was experienced by the EU just recently, with the failure of the Transatlantic Anti-Counterfeiting Trade Agreement (ACTA). Backroom politics without constructive public debate simply doesn’t work anymore.

The negotiating partners quickly need to find a new balance between the justified confidentiality of sensitive information and the equally justified public interest. Otherwise, not only will the trade agreement fail but skepticism about the European project as a whole will increase. Europeans today look critically at the EU institutions, even the successful domestic single market project. As a result, besides the Commission, the Council and the European Parliament – the real drivers of the initiative and the legislative decision-makers – are being questioned. The politicians, who have done little up to know to make a strong case for a Transatlantic Trade Partnership to their citizens, need to involve them and better explain to them what such an agreement really means.

The Commission wants to have completed negotiations by 2015. That is an ambitious target, because the areas to be negotiated are numerous and complex. The EU and USA won’t get there any more quickly by keeping the public in the dark. Instead, they should generate a public debate on values. The effort is worth it because a Transatlantic Free Trade Agreement that triggers growth and at the same time stabilizes social and environmental achievements can easily be a model for further progress in global free trade. There is still a lot to do, even after Bali.”