Is ISDS dead? No, multi-million lawsuits still on the horizon 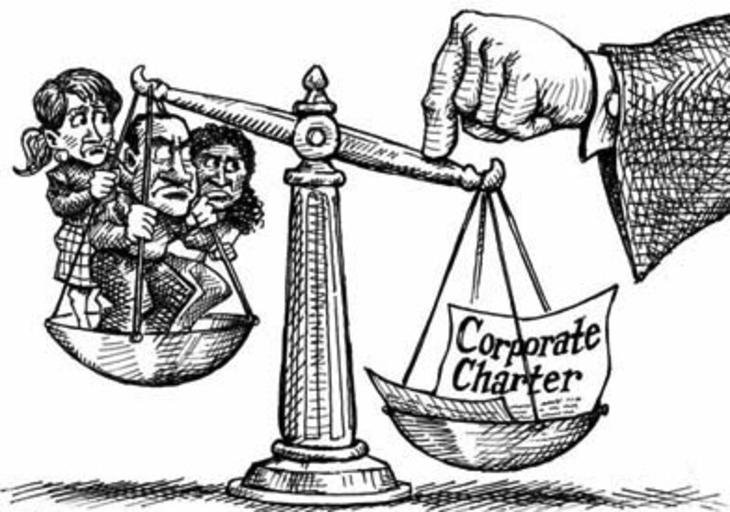 When put to the test, the Investment Court System, proposed by the Commission to replace the ill-fated Investor State Dispute Settlement mechanism (ISDS),  fails to protect the right to regulate, write Cecilia Olivet and Natacha Cingotti.

Cecilia Olivet is a researcher on trade and investment at the Transnational Institute and Natacha Cingotti is a trade campaigner for Friends of the Earth Europe.

In just a few days, the European Union will go back to the negotiating table with the United States in an attempt to salvage the small possibilities to complete a transatlantic trade and investment deal (TTIP) before President Obama leaves office.

During the 13th round of TTIP negotiations in New York next week, a key issue will be the controversial subject of how to resolve investment disputes.

Over the last two years, public opposition to the granting of special rights for foreign investors through trade deals (commonly referred to as ISDS) has reached unprecedented levels.

As a result of the public outcry, EU trade commissioner Cecilia Malmström was forced to acknowledge that “ISDS is now the most toxic acronym in Europe”.

In autumn 2015, the Commission launched a so-called new approach to investment protection – the Investment Court System (ICS) – to be applied to all future EU agreements. One of the major arguments in favour of the new system has been that it will protect governments’ ability to regulate in the public interest as they see fit.

Despite a very sceptical reception among civil society organisations, the Commission has repeatedly argued that companies will no longer be able to sue governments at arbitration tribunals for implementing public health and environmental legislation.

They have succeeded in convincing many European politicians and governments.  David Martin MEP and spokesperson for the group of the Socialists and Democrats (S&D) in the European Parliament argued this month that ICS was a major change of policy and a significant victory for progressive values. “In short, ISDS is dead,” he remarked. The German government triumphantly declared that ICS “has nothing to do with the arbitration proceedings of the past.

All cases relate to important public health and environment protection measures: Philip Morris vs Uruguay for the introduction of graphic warnings on cigarette packages; TransCanada vs the US for President Barak Obama’s decision to reject the Keystone XL pipeline to tackle climate change; Lone Pine vs Canada for a precautionary fracking moratorium enacted in Quebec; Vattenfall vs Germany for Hamburg city’s imposition of environmental standards for water use at a coal-fired power plant; and Bilcon vs Canada for an environmental impact assessment that prevented the construction of a large quarry and marine terminal in an ecologically sensitive coastal area.

Each of these cases can still prosper under ICS, because the new system still relies on expansive and ill-defined provisions that can easily be used by investors to launch disputes.

Not only is there nothing in the EU proposal that prevents companies from challenging government decisions to protect health and environment, but there is also nothing that would prevent arbitrators from deciding in favour of investors.

In fact, governments will have to defend whether public interest measures are “necessary” and meet “legitimate” objectives in the face of investors’ attacks, which will be interpreted by arbitrators with weak ethics requirements (and not public judges, as claimed by the European Commission).

This may even increase the number of likely investor-state disputes rather than reduce them.

In other words, when put to the test, the Investment Court System fails to protect the right to regulate.

This confirms that the European Commission proposal for investment protection in TTIP and future trade agreements is nothing more than a rebranding exercise to divert public opposition to unjust corporate privileges. Investor-state dispute settlement – under any name – is deeply flawed and cannot be fixed or made compatible with democracy. It is time to get rid of it once and for all.