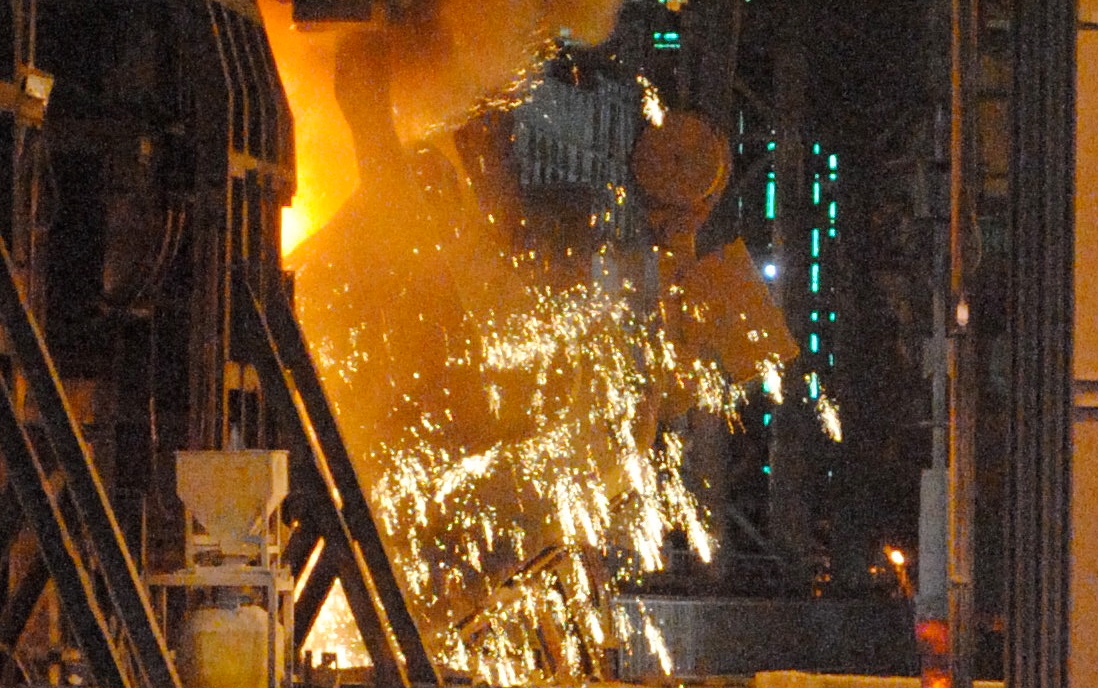 Domestic demand for steel has been sated by imports. [Clint Budd/Flickr]

The steel industry is at the heart of Europe’s economy and is the foundation of many of Europe’s most competitive sectors. A strong steel industry underpins not just our direct supply chains but millions of jobs across the EU, writes Axel Eggert.

Axel Eggert is the director general of Eurofer.

Given the release this week of a Communication on the European steel industry, now is the time for action to use EU policy levers to ensure fair international trade conditions for steel, as well as to make certain that the best performing EU plants do not find themselves at an unfair competitive disadvantage to third-country producers because of the burden of regulation, particularly that of the EU’s Emissions Trading System. Policymakers need to address these very real concerns today, before it’s too late.

To begin with, EU policymakers need to face the existential issue of the economic and business climate for steel. As in 2014, steel demand rose in the EU in 2015. Indeed, apparent consumption in the bloc grew by about 3.5% over the year. However, this increase in demand was entirely absorbed by imports. As a consequence, domestic deliveries fell by 0.3% over the whole of 2015, with a particularly negative trend in the second half of the year.

Imports of massively dumped steel from China nearly doubled over the year, to just under 7 million tonnes. Given the relative inefficiency of China’s steel production, this resulted in around 4.5 million tonnes more CO2 emissions than it would have done had the same quantity of metal been produced in the EU. This is equivalent to suddenly having 2.1 million more mid-size cars on the roads, meaning that the current situation manages to cost EU jobs, undermine the industrial base of the economy, and damage the environment all at once.

Moreover, prices for some of the main steel product classes – for instance, hot rolled coil and cold rolled coil – collapsed in the second half of 2015, by as much as 40%. These prices are already unsustainable and recent analyst reports also suggest that this price decline could continue into 2016 as China’s economy continues to waver.

The impact on jobs and capacity has been stark. It is hard to forget that before the crisis there were perhaps 405,000 steel jobs. Last year, there were 328,000 employees in the sector – over 20% fewer. However, but in the second half of 2015 alone there were at least 7,000 further losses. There were net capacity closures of about 11 million tonnes between 2008 and 2015, with 9 million tonnes of capacity reduction since 2012. Excess capacity in the EU is today about 23 million tonnes, most of which is ‘cyclical’ overcapacity, available to serve a rebound in demand for EU steel.

However, this demand may never materialise unless unfairly dumped steel is dealt with.

Accordingly, Brussels’ trade policy must be reinforced, forcefully tackling distortions by third market players. The finger is most often pointed at China, but dumping of steel is widespread and is undertaken by a number of our trade partners.

The EU’s trade remedy instruments must be made more effective and quicker to deploy in order to defend against unfair trade practices. Presently, the year-and-a-half long complaint and investigation process sacrifices jobs with no commiserate benefit. Compared to other major trading blocs, the EU’s trade defence arrangements are pathetic.

Member states should therefore do more to push through the Commission’s proposal on the modernisation of the EU’s trade defence instruments. This modernisation must cover everything from the speed of implementation, the possibility of the imposition of measures that actually reflect the degree of injury, and the lifting of the Lesser Duty Rule – among others.

Those more trade liberally-minded member states – those resisting lifting the Lesser Duty Rule, in particular – must recall that in order to be a Free Trader, you must first have something left to sell. Goods (as opposed to services), such as those from the European steel industry and as other sectors, represent 80% of all of the value of European international exports.

Many of the necessary changes to European trade policy are already possible, even without changes to legislation – but member states need to act on many of the recommendations of the Communication.

The EU should also continue to deny Market Economy Status to China until such time as the country meets the EU’s well-established criteria. China, with its state-sponsored distortions, is not a market economy, and will not become one in the foreseeable future. The bloc must not yield to politics on an issue as vital to its own economic performance as China’s Market Economy Status.

Time is rapidly running out for the EU to do what it takes to retain its global leadership in steel as a strategic sector. Once the steel industry is gone, the capital base goes to ruin and the skills and know-how of European workers – built up over two hundred years – evaporates. European steel’s decline threatens all of the value chains that derive from it, including European automotive, construction and energy sectors.