The path to recovery 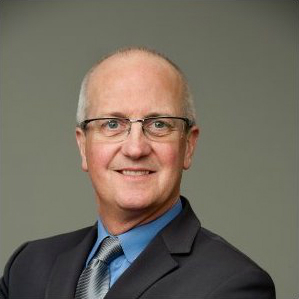 The transatlantic economy generates close to five trillion Euros in commercial sales a year and supports up to 15 million jobs on both sides of the Atlantic. This represents not only how deeply our economic ties run, but also that we have a real stake in Europe’s economic recovery. It’s clear that Europe is still struggling to revive itself, writes Karl Cox.

Karl Cox is the newly elected Chair of AmCham EU.

So far, the response to Europe’s crisis has been fiscal prudence and structural reform. But that hasn’t proven to be enough to jump start the economy. To get Europe back on the right track, what’s essential is real leadership, commitment and bold action to ensure Europe is competitive and an attractive destination for business and investment. If that doesn’t happen, a real risk exists that Europe could be permanently left behind. The newly elected Members of the European Parliament and the newly confirmed Commissioners present a real opportunity to deliver the policies and the leadership that is needed most now.

US companies in Europe have taken a close look at what is needed to protect current European investments, and more importantly to grow those investments, create jobs and revitalise the economy.

Five key action areas were identified in the 2014-2019 Agenda for Action  to help accomplish that. In addition, we developed a scorecard to measure and analyse Europe’s progress in these areas over the next five years.

First and foremost, there is a strong need to invest in our people power. This may be the single most important element – Europeans need to be equipped with the cutting edge skills to compete in the global marketplace. That will require an investment in training and education. The current overall unemployment rate of about 23 percent among youth has got to be addressed if we don’t want to risk disenfranchising a whole generation.

Second, the single market, which is the cornerstone of European competitiveness, must be completed; it is what has attracted business investment like ours to Europe’s shores. We have made some great strides but much more needs to be done to make it easier and more cost-effective to do business across multiple borders in the EU. It’s been estimated that completing the single market could boost the EU’s GDP by about four percent over the next 10 years. That could help add much-needed jobs to the European payroll.

The industrial revolution began right here in Europe over 200 years ago, and marked a major turning point in almost every aspect of life then. It raised the standard of living and spawned tremendous growth and employment opportunities.

As a third priority, I would argue that we need to bring about yet another industrial revolution – one that fuses advanced computing and analytics with industrial practices to bring about industrial transformation across a wide range of sectors to create new, innovative products and better, more efficient ways to produce traditional ones.

Another priority is to create and foster a culture of innovation and entrepreneurism – this is pivotal if Europe is to compete with other markets. Currently it can be very challenging for start-ups in Europe. The red tape, tax structures and access to financing can pose big obstacles to entrepreneurs.  We need to address those and also look at how we promote a culture of innovation – in schools, in businesses, and in government. Creativity can’t be taught, but it can certainly be fostered.

And last but certainly not least, Europe can’t grow, create jobs and turn its economy around unless it keeps its borders open and remains a global hub for trade, investment and ideas. In times of economic downturn, there is a tendency to turn inward, ‘protect’ assets and close borders, but that has proven to restrict economic growth, not fuel it. Europe needs the confidence to compete openly to secure its place in the global marketplace.

The WTO has documented the advantages of free trade which include higher incomes, reductions in the cost of living, and real economic growth which in turn creates more jobs. That is why we are fervent supporters of the Transatlantic Trade and Investment Partnership (TTIP). We believe this could provide an enormous opportunity to stimulate the European economy with benefits not only to big business, but also to consumers and to the small and medium-sized businesses that are the backbone of the European economy.

A crucial aspect for this is accountability, not only to investors and the business community, but more importantly to its citizens and future leaders. Faced with unemployment, stagnation and austerity, young Europeans are increasingly disconnected from a future that, for the first time in history, seems less bright than it did for their parents. Only by working together to bring down barriers and cooperate with these new players can we rebuild a true European Union that resonates with prospects for jobs, growth and prosperity.