This article is part of our special report Unclogging one of the most congested cities in the world.

European manufacturers provide the majority of the buses that service Indonesia’s sprawling capital city. As Jakarta pledges to go all-electric by 2030, the city’s transport heads want to stick with their current providers and also learn a thing or two from Europe.

Transjakarta runs the longest BRT lane in the world, at 250 km, and services the most passengers per day in Asia (936,000).

What is the main thing Europe has to offer in terms of transport policy, best practices, when you consider how to improve your services further?

To be honest, the key reason for coming to Europe and the Busworld forum, is that the majority of our buses are European brands. There was an opportunity open to us to learn more about European bus brands and, at the same time, share the story of Transjakarta in Europe. We have a plan for electro-mobility. As you know, the market leaders for electric buses at the moment are Chinese buses. In Jakarta, we have Chinese buses but, based on reputation and customer preference, our European buses have won their hearts. That’s why, when it comes to electric buses, we want to see how ready European manufacturers are.

Was electro-mobility always the goal for you and your company or did you consider other options? Hydrogen, for example?

Before we went for electric buses, our vehicles ran on traditional combustion engines and CNG (compressed natural gas). We had about 300 of the latter. But there were challenges operating them and now electric is the future. That is why we see electro-mobility as the choice. When it comes to hydrogen, it’s important to check the learning curve and how the technology evolves first. Right now, there are some products but we’re not putting hydrogen into our plans yet.

You mentioned separately that Jakarta has learned a lot from Columbia’s capital, Bogota. Is there anything particular you’ve learned from European cities?

Two things are the future: one is electro-mobility. Many cities here are already embracing it, so I think we could learn from how they confer to get that done, rather than just relying on China. For example, Shenzhen in China is impressive. Sixteen thousand of all their buses are electric but we already have an existing system, it’s not a question of building a new one. So learning from European cities on how to handle this transition is important. Secondly, the role of technology and how digitalisation, automation are set to be the future. I’m not necessarily talking about things like driverless vehicles but things like unmanned bus stations, clearly displayed schedules, ticket machines.

So it’s a matter of replicating the small details then?

Exactly. In our system, it would be best if we could enhance and add value to the jobs we offer people. Jobs that can be replaced by technology, should be done by technology. The human element will add more on the service side of things, more on hospitality and how innovation is involved. That’s where learning from Europe is key. 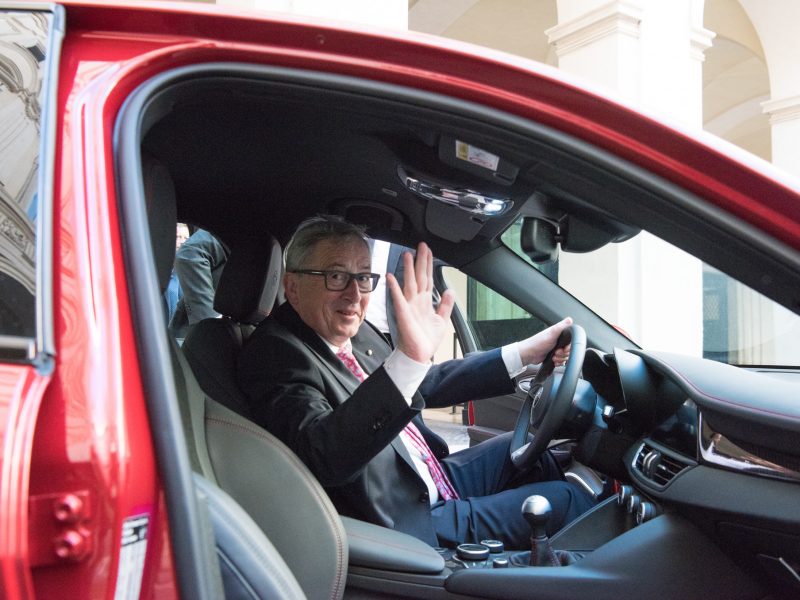 There are regulatory obstacles in Europe that have slowed the uptake of electric vehicles, is it a similar situation in Indonesia?

Our president was just re-inaugurated and he has five priorities. One of those is to de-bureaucratise the process so that investment can grow. So we have hopes that the new government will be more supportive of investments, through regulation. A presidential regulation already focused on electric vehicles. Ministers were just sworn in, so we’re looking forward to the policies that will translate what the president said. We’re entering a new era in Indonesia, with the second phase of this presidency. Hopefully, it will go well from the national level, down to the provincial and city level.

Jakarta’s traffic problem was a result of lack of attention over an extended period of time. What was the main cause of that?

Well, let’s take the MRT [Jakarta’s new metro system] as an example. I was the operational director for that. The plan for MRT was made back in the 1990s, the studies and everything. But it took the political will of a governor at the time, Joko Widodo, who is now president, to actually strike a deal with the national government on financial contributions. It was in 2013 when construction began and 2018 when it wrapped up. Five years, in practice, from breaking ground to operation. Factors like economic crisis, lack of government support for public transport all played a part. The automotive industry contributes a lot to economic development in Indonesia, so public transport was neglected. But it shows that a strong political figure can make it happen.