Disinfection operations on the streets due to the coronavirus emergency in Rome, Italy, 24 March 2020. [Photo: EPA-EFE/MASSIMO PERCOSSI]

The EEA data notes a large decrease in nitrogen dioxide (NO2) pollution, which is mostly emitted by cars, vans and trucks. Traffic has decreased significantly across Europe due to quarantine measures targeted at containing the coronavirus outbreak.

Air quality in Italian cities in particular is cleaner, because of the strict lockdown regime implemented by the government. In Milan, the epicentre of the worst effects of the virus, NO2 levels have dropped nearly 25% over the past month.

In the Lombardy city of Bergamo, pollution has decreased 35% and in Italy’s capital, Rome, concentrations are up to 35% lower compared to the same four week period in 2019.

Satellite images provided last week by the EU’s earth-observation system, Copernicus, showed a marked drop in NO2 but those findings are limited by factors like cloud cover and the frequency of a satellite’s orbit.

The EEA figures are based on hourly data recorded by more than 3,000 air quality monitoring stations scattered around Europe. On the Iberian peninsula, there were NO2 decreases of around 50% in Barcelona, Lisbon and Madrid.

But the agency’s executive director, Hans Bruyninckx, was cautious about lauding the corona-effect as a win for air quality activists.

“The current crisis and its multiple impacts on our society work against what we are trying to achieve, which is a just and well-managed transition towards a resilient and sustainable society,” Bruyninckx said in a statement.

Margherita Tolotto, a clean air expert at the European Environmental Bureau (EEB), told EURACTIV that the coronavirus outbreak is “definitely a wake up call, but it’s national governments who need to act now to improve air quality”.

“Air pollution is the biggest environmental health risk in Europe, it compromises our health and make us more vulnerable. Some people will be experiencing cleaner air for the first time, we shouldn’t have had to wait for a dangerous pandemic to cut harmful air pollution,” she added.

Northern Italy and northeastern China – two of the areas hardest hit so far by the outbreak – regularly experience some of the worst air quality in their respective regions due to the heavy concentration of polluting industries and traffic.

The EEA insists that further research is needed in order to directly link exposure to air pollution with increased susceptibility to the virus’ effects but acknowledges that dirty air can cause respiratory and cardiovascular diseases. 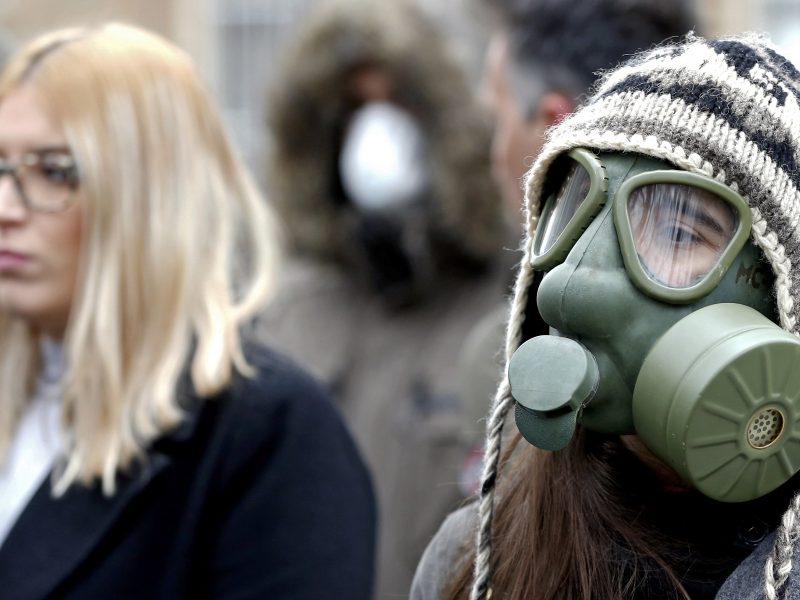 Pollution levels could spike again once lockdown measures are lifted though, as it is likely industrial players will try to play economic catch-up after the outbreak subsides. Margherita Tolotto says governments and the EU must be ready to counter that.

“It’s important that we plan for a future beyond this crisis. We can’t afford to go back to business as usual pollution. Economic recovery programmes should match the ambitions of the Green Deal and help build a cleaner, greener, more resilient future,” she warned.

The European Commission is this year expected to launch a number of infringement procedures against member states that regularly flout the bloc’s air quality rules, while the European Court of Justice will have its hands full processing cases.

Bulgaria, France and Poland have already been handed fines for different breaches of legislation and those cases are likely to act as precedents for further sanctions.

Under the Commission’s Green Deal, the EU will launch a zero-pollution plan, which is aimed at improving air, soil and water quality with the goal of creating a “toxic-free environment”.

The EU executive will launch a consultation on the plan later this year and environmental groups will use the opportunity to ask for stricter standards. The EEB has already noted that noise pollution is not covered, despite its proven adverse health effects.

Ongoing negotiations on the bloc’s long-term budget – the Multi-annual Financial Framework – will also have a direct and indirect role in curbing pollution, whether it be extra money for cleaning up industrial facilities or an increased budget for Europe’s space programme.

The European Space Agency’s (ESA) current air quality monitoring capacity is provided by the Sentinel 5-Precursor satellite, which was launched in late 2017.

“Sentinel-5P is the most accurate instrument today that measures air pollution from space. These measurements, globally available thanks to the free and open data policy, provide crucial information for citizens and decision makers,” said ESA’s observation director Josef Aschbacher.

Two more advanced orbiters are scheduled to enter service early next year in the form of Sentinel 4 and 5.

ESA’s additions to the Copernicus fleet will continue to monitor air quality – in greater detail – as well as aerosols, stratospheric ozone levels and solar radiation. A seventh satellite in 2025 will provide detailed data on CO2 emissions.