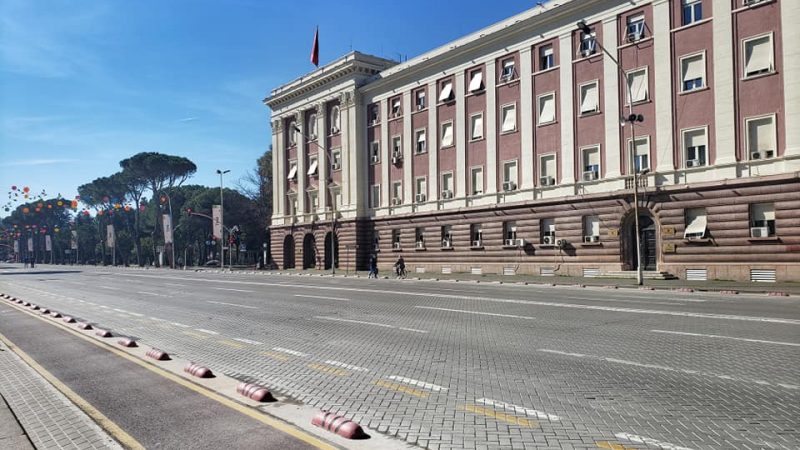 Albanian cities will go car-free one day a month in a bid to combat fuel prices and save the environment. Photo: Alice Taylor

In a bid to battle rising fuel prices and quell disquiet from citizens, the Albanian government has announced that as of 3 April, every city in the country will have a car-free day on the first Sunday of the month.

The news comes amid the global energy and fuel crisis that has hit Albania – one of the poorest countries in Europe – hard as prices reached some of the highest on the continent, sparking week-long nationwide protests.

“Unfortunately, we are feeling the energy crisis indiscriminately. Recent events have put in trouble all the global economies, and the pockets of every family, and the consequences are being felt in our country,” Tourism Minister Mirela Kumbaro said while announcing the news on Thursday (25 March).

“We need to reduce vehicle traffic as much as we can, and if we cannot avoid starting the car every day, at least do it on the holiday. That is why we start the Car Free Day plan from the first Sunday of every month,” she added.

Kumbaro was quick to add that the measure is not just to save spending money on fuel but will also benefit the environment.

“These are concrete commitments that improve our lives, to leave the children a the minister, adding, “I invite each of you to become partners of this initiative in your cities: for saving, for a cleaner environment, for health.”

Since Russia invaded Ukraine, fuel prices have surpassed €2 per litre in Albania, a country where a third of the population lives below the poverty line of €5 per day.

This, combined with increases in food prices of up to 40%, resulted in large protests across the country that took place over a week. Demands from protestors to cut taxes and suspend VAT were refused by the government. Instead, a board to monitor and set prices was established.

On Monday (21 March), the government ordered the closure of all schools and state institutions for one day to conserve electricity.