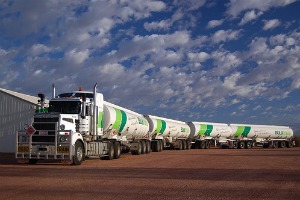 The European Commission has backtracked on earlier plans to allow modular vehicles – also known as 'mega' or 'monster' trucks – to be allowed to cross national borders.

Siim Kallas, the EU’s ebullient transport commissioner, had arrived at the European Parliament yesterday (26 March) with a speech explaining why modular trucks should be allowed to travel freely across European borders under a new interpretation of existing EU law.

But after a passionate display of opposition from MEP’s on the Parliament's Transport Committee, he left chastened, apologising to MEPs for neglecting to consult them, and promising to suspend the proposed change.

“I regret that we didn’t consider [mega-trucks] an issue which must be discussed here in the parliament, I deeply regret it and I’m sorry” he said. “We will consider all remarks said here and how to approach this matter in the future.”

Following a question from the committee chairman Brian Simpson, a British Labour MEP, Kallas confirmed that he would go away and reflect before finalising a decision.

Politicians from the Greens and Socialists and Democrats groups, who had obtained a legal opinion contesting the reinterpretation, had earlier condemned his proposed changes as “scandalous”, and one said that the public consultation process had been “shafted”.

“The tricks you are playing are undermining the rule of law,” the Green MEP Michael Cramer had lambasted.

“I smell a rat!” another MEP railed.

The EU currently has a ban on the use of the over-sized mega-trucks – which can measure up to 25-metres and weigh up to 60 tonnes – largely because of safety and environmental concerns.

Current rules say that European lorries may be no longer than 18.75 metres and weigh no more than 40 tonnes.

The road haulage sector maintains that the use of the lorries – which they call European Modular Systems – reduces the number of vehicles on the road, and so fuel consumption and CO2 emissions too, as well as improving road congestion.

"It seems to me that forbidding vehicles using the modular concept to cross borders between consenting member states contributes no environmental benefit," Kallas had argued earlier. "A modular truck could be driven to one side of the border, un-coupled and taken across the border in two parts, and then re-coupled to continue the journey."

But campaigners counter that although trucks make up just 3% of road traffic, they are responsible for 14% of fatal collisions, and argue that opening up Europe to cross-border traffic could shift 35% of single-wagon and 17% of combined freight traffic from rail to road.

Saïd el-Khadaroui, a Socialist transport committee member, told EURACTIV that as a result, MEPs felt “anxious and disappointed” with the Commission. “This would give another boost to the road transport sector while we should be organising a modal shift to more sustainable transport like railways and inland waterways,” he said.

“If the Commission wants to allow such international transport of mega-trucks it should come forward with a new proposal and then we could discuss it.”

The bone of contention was whether current legislation allows for adjoining member states to agree cross-border traffic between mega-trucks without the need for a new law.

It was a letter sent by the International Road Transport Union (IRU) to Commissioner Kallas a month ago that prompted the proposed legal reinterpretation, and Kallas referred to it three times in his speech.

While the missive is not publicly available, Michael Nielsen, an IRU representative told EURACTIV: “We had some very concrete questions about various articles in the directive, asking for legal clarity on whether they allowed cross-border traffic between consenting member states.”

Nielsen added that following Kallas’s speech, the IRU expected the Commission to hold its nerve and push through the legal reinterpretation.

“The Commissioner is not even obliged to come to Parliament and ask them about it,” he said. “But Mr Kallas is a clever politician and he wants to inform them about what’s happening. Our view is that the Commission will give us a positive reply.”

But MEPs disputed this analysis of events.

Cramer said that Kallas had been “very much impressed” by the strength of feeling in the parliament. “We will be involved in any [future] change of legal position,” he explained.

If that is the case, El-Khadaroui added, “it will prove that the parliament is an important institution. We can oppose proposals that are against the will of the majority of Europeans.”

The European Commission was unable to confirm what Mr Kallas’s next move will be, but a final proposal is expected towards the end of the year.

Speaking shortly after the European Parliament debate Michael Nielsen, a delegate for the International Road Transport Union told EURACTIV, that “it was more a process than a content discussion - at least for most of the MEPs - and it is clear that Commissioner Kallas doesn't even need to ask for the parliament's approval.”

“For us its simple,” he continued. “EMS is a way of becoming more efficient, saving fuel, and removing congestion from cities. We encourage all member states to start [EMS] trials and we interpret the existing legislation as allowing cross-border traffic.”

EMS had brought “a significant decrease in fuel consumption and thus CO2 emissions” Nielsen said, “and a significant improvement of road conditions and road safety. The experience has only been positive. EMS is booming in Sweden and there has been no  negative effect on rail at all.”

In a press statement, William Todts, a spokesman for Transport & Environment said: “Allowing megatrucks to cross-borders will open the floodgates to longer and heavier trucks becoming the norm across Europe.  It’s the wrong idea, and its botched launch is a reflection of how poorly these changes have been thought through.”

“If the Commission wants a smarter, safer, greener road transport industry in Europe it should propose a law that would allow for longer, more aerodynamic and safer cabs without increasing the weight and length of the load space.  Any changes should be proposed through the proper legal and democratic process; not on the whim of one Commissioner,” he added.

‘Modular trucks', 25-metre long, 60 tonne vehicles, which can carry larger volumes in fewer trips, have been sharply criticised by the rail industry and environmentalists, for pushing up road-transport demand unsustainably.

But some member states, particularly in Scandinavia where rail networks are less advanced, see them as a potential solution to Europe's increasing congestion and pollution problems.

Currently, these trucks are outlawed in a majority of member states, but countries such as Sweden and Finland have authorised their use. While EU law states that member states may allow such trucks to circulate on their territory, so far, it does not allow international transit.