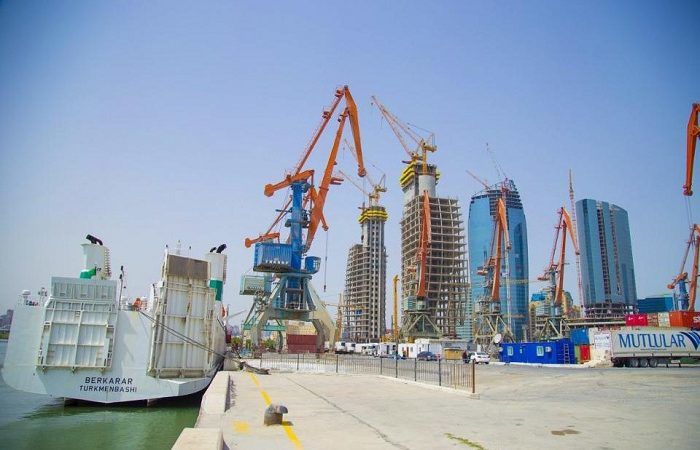 A draft law on the creation of a free trade zone in Azerbaijan will be submitted to the country’s parliament before the end of 2017, Taleh Ziyadov, director general of Baku International Sea Trade Port CJSC (Port of Baku), told reporters in Baku.

Azerbaijan intends to build a major trading hub close to its capital as a tax-free zone, with the expectation that other countries in the region will replicate the example and give a boost to the entire Eurasian region.

The new Baku International Sea Trade Port in Alyat is located 65 kilometres south of the capital, with an annual capacity of 25 million tonnes.

In a wide-ranging 2106 interview with EURACTIV.com, Ziyadov described his country’s ambitions to build not only a port, but “a 5-star hub”, including a cargo airport, a free trade zone, urban development and transport infrastructures.

Speaking to reporters in Baku, Ziyadov reminded the journalists that in 2016, an agreement was signed with Dubai Port World (DP World) company, which has completed its work, and said that he had presented the first draft of the law to the Azerbaijani government.

“An important factor in the successful operation of the free trade zone is the legal regime. A draft law was prepared, and Azerbaijan’s President Ilham Aliyev signed a decree on the creation of a working group headed by Vice-Speaker Valeh Alasgarov in order to coordinate it and conduct the state expertise. The process of coordination and examination will continue within three months, and I hope that by the end of this year this draft law will be submitted to the Azerbaijani parliament,” added Ziyadov.

Ziyadov also said that the figures for the transhipment of trucks through the Baku International Sea Trade Port were growing.

“In 2016, 100% growth was demonstrated in the number of trucks as compared to 2015, and about 23,000 trucks were sent from Turkey to Central Asia and vice versa. During the four months of this year, we have already sent more than 10,000 trucks in both directions. This is a very positive trend, and we hope that it will continue,” added the director general.