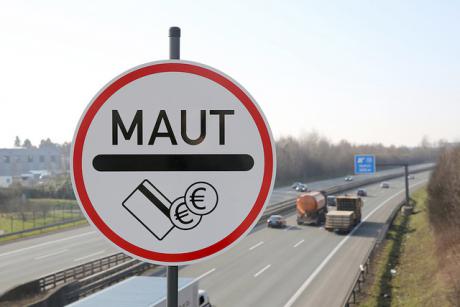 After much debate over the details of a controversial tolling regulation in Germany, experts from the centre-right and Social Democratic Party (SPD) agreed on changes to the planned law late Monday (23 March) night.

The Bundestag hopes to decide on the passenger car toll in a roll-call vote this Friday (27 March).

One of the key changes is the price for short-term vignettes for foreign drivers. Now, the ten day vignette will not only be available at the price of €10, but in three categories: €5, €10 and €15.

Two-month vignettes will also be sold in three categories (€16, €22 and €30) instead of the single €22 price planned before. The price category is determined based on the size and emissions of the car.

This change is supposed to make it easier for the European Commission to accept the measure, after it pushed Germany to make adjustments. Among other things, the Commission said it considered short-term prices to be much too high compared to the year-long vignette.

Transportation Minister Alexander Dobrindt wants the toll to be collected from all Autobahn users. For domestic drivers, the fee also formally applies to federal roads.

But car owners registered in Germany are expected to be reimbursed for the tolling fee through the automobile tax. German drivers must automatically buy a year-long vignette, the bill says, while foreigners can also buy the 10 day or 2 month version. As a result, only foreign car drivers actually pay the toll in the end.

Dobrindt plans to start collection of the toll in 2016. After control and other administrative costs, the Transportation Minister estimates annual revenue at €500 million.

Perhaps the most significant challenge the bill still faces is the European Commission’s assessment for possible discrimination against foreigners.

EU Transportation Commissioner Violeta Bulc indicated that she could see potential for a German passenger car toll in compliance with EU law, during a visit to Berlin at the end of January.

After a meeting with Dobrindt, Bulc said she was convinced that “solutions” are possible in the transition to user-financing that are compatible with the EU Treaties.

Gesine Lötzsch from the Left Party, who is chairwoman of the Bundestag’s Budget Committee, called Dobrindt’s tolling plans a “foolish act”. Speaking with the Neue Osnabrücker Zeitung Lötzsch warned on Tuesday of a “massive waste” of tax money.

“The annual cost of collecting the toll, including the cost of the automobile tax, is estimated at €205 million. Another one-time cost for both laws in the amount of €456 million is added to that,” Lötzsch calculated.

Balance this sum, she said, and the state must “spend almost half a billion euros to even reach the point of collections,” the budget expert criticised. It is doubtful, she said, that these revenues will then be higher than the costs.

Meanwhile, Austria and the Netherlands are also criticising Dobrindt’s tolling plans. In early December Austria’s Transportation Minister Alois Stöger presented benchmark results from a legal evaluation. There, he referred to the passenger car toll as an “indirect discrimination” and thereby in violation of EU law.

“Several legal inconsistencies exist, where there is still room for improvement,” Stöger said at a meeting of EU transportation ministers in Brussels.

Formally the toll and tax cut are separate “but (in the planned regulation) a close temporal and content-based pairing exists”, Stöger continued.

Austria is considering “all legal steps to the extent of a lawsuit” before the European Court of Justice (ECJ), he said.

“I assume Austria will take legal action if, contrary to expectations, Dobrindt’s plans come through,” said Claudia Schmidt, transportation policy spokesman for the Austrian People’s Party (ÖVP) in the European Parliament at the end of February on Deutschlandfunk.

“The Germans should not build a new wall with the toll,” Schmidt warned. The tolling plan to put the cost burden on foreign drivers in Germany amounts to a “barrier to free travel” and “is most definitely discrimination” Schmidt said. “The toll we have in Austria applies to everyone.”

Many Germans are frustrated over road tolls in neighbouring countries (including France, Austria and Switzerland), while foreigners use German highways for free. But in Germany, the price of fuel is higher than in any neighbouring country, suggesting that Germany gets its toll from car drivers in a different way.

The Christian Social Union (CSU) which is the Bavarian sister party of Merkel's CDU, has been requesting for many years that higher road tolls be introduced for foreign car drivers, using German roads. But such plans have been rejected by the European Commission multiple times on the grounds that preferential tolling amounts to discrimination based on nationality.

During the latest coalition negotiations late last year, CSU chief Horst Seehofer insisted that a toll on foreign drivers be included in the final agreement. In the coalition agreement, the new German government promises to introduce "a motor vehicle toll in compliance with EU law, by which owners of cars not registered in Germany would help finance additional spending on the highway network. Cars registered [in Germany] should not suffer higher costs."