Borders, vaccines, and the (possible) end of the internal combustion engine 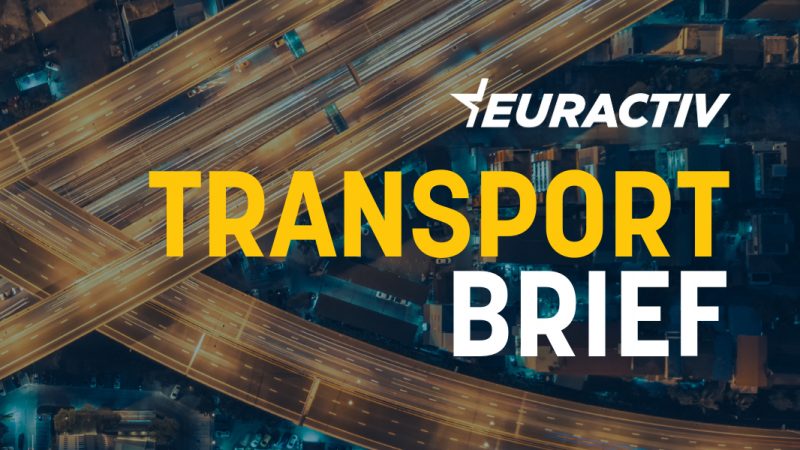 One of the greatest achievements of the European project was the way it rendered borders invisible. Hop on the train from Brussels to Frankfurt and you may need external clues to realise that you have crossed into a new country – a change in language on the signs outside the window, variations in the architecture perhaps, maybe the differing shops.

COVID-19 has brought those borders crashing back into existence.

Borderless Schengen has, in many places, been replaced by a series of manned frontiers. The pandemic has not only harmed our health and our economies, it is also shifting our relationship with our neighbours, branding their entry into our territory as a threat to our well-being.

The EU executive said it is trying to preserve “the functioning of the single market during a volatile economic period, as well as the protection of family life during a time of significantly reduced social contacts outside the core family.”

Germany rejected the accusation that it did not comply with EU law, saying the “difficult” decision was taken to protect its residents from coronavirus variants.

The European Union is already eyeing smoother cross-border travel in the future, however – the European Commission announced it will give 60,000 young people free Interrail passes valid for 2022, as the ‘DiscoverEU’ programme relaunches following its pandemic-driven hiatus.

It is worth noting that so far in 2021, “the European Year of Rail”, there have been few other initiatives to help rail travel really take off. Eurostar, the high-speed train connecting the UK and mainland Europe, for example, is in dire financial straits and may fold without government aid. MEPs have urged the British and French governments to step in and rescue Eurostar (see below for more details).

Grab your (vaccine) passport and go

EU countries are divided on the idea of providing those who have received a COVID-19 vaccine with certification to resume travel, dubbed a ‘vaccine passport’.

Some see it as a way to re-open travel, dragging society one step closer to normality and giving a boost to the economies of nations reliant on tourism.

Others see it as a premature discussion, given the state of the vaccine roll-out, privileging a minority of Europeans and possibly opening the door to further virus transmission.

The International Air Transport Association (IATA) wrote to European Council president Charles Michel last week, encouraging EU countries to adopt a “sane” approach to lifting international border impositions and to agree on the use of “intra-EU digital certificates and credentials” to restart travel.

The airline association promoted its ‘IATA travel pass’ app, which can store details of travellers’ health information, such as vaccination status and recent COVID-19 test results, allowing passengers to rapidly share health information with governments prior to entering their territory.

The pass is additionally touted as a way to keep passengers informed of quickly changing legal requirements when travelling. Several airlines are currently trialling the app, such as Emirates and Air New Zealand.

Proposals to make cars even less polluting – the ‘Euro 7’ regulations – are currently being discussed at the EU level. The car industry, however, doesn’t like what it’s hearing.

Major carmakers and other industry groups have said that the proposals as they currently stand represent a ban on the internal combustion engine “through the back door”.

The scenarios under discussion are “technically not feasible” said Mercedes-Benz, while Volkswagen warned the regulations as proposed would make most vehicles “significantly more expensive”.

“An end to the internal combustion engine by 2025 is completely out of the question!” fumed Hildegard Müller, president of the German Association of the Automotive Industry.

The proposals won’t be presented until the end of the year, so there is still a ways to go until we see the final version.

The European Commission’s proposed Euro 7 emission rules on cars, vans, trucks, and buses would amount to “a ban through the back door” of internal combustion engines as of 2025 if implemented in their current form, industry has said.

The International Air Transport Association (IATA) has called on EU leaders to “agree on the crucial role of secure digital [health] solutions, such as the IATA Travel Pass” to restart the ailing air travel sector, according to a leaked document seen by EURACTIV.

As European Union leaders debated the idea on Thursday (25 February) amid claims that it could be divisive and discriminatory, on the global scale, the idea of vaccine passports, which would allow people who have been inoculated the freedom to travel, is gaining traction.