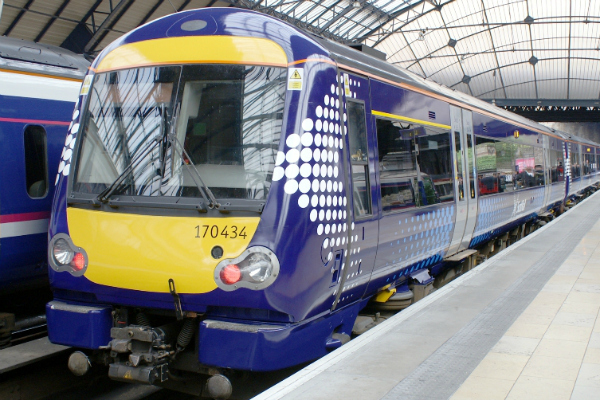 The British government has torn up a deal awarding one of its biggest rail franchises to a private operator, in a humiliating U-turn that raises doubts about the government's handling of the privatised railways.

Ministers froze three more rail franchise competitions on Wednesday (3 October) after the Department for Transport (DfT) announced that "completely unacceptable" flaws had been uncovered in its handling of bids to run the West Coast Main Line, a jewel in the crown of the rail network that links London and Scotland.

The debacle is damaging for the ruling Conservative Party, which began a difficult programme of rail privatisations in the 1990s that has been dogged by fatal accidents, financial crises and political infighting.

Most of the rail network was in public hands between 1948 and the mid-1990s, though Britain's passenger rail services are now operated by 16 private train operating companies that have signed legal contracts with the government. (See our Links Dossier on Europe’s rails.)

The Conservative-led coalition, trailing in the polls, is already under pressure over the stagnant economy, public spending cuts and an unpopular budget this year.

Transport Secretary Patrick McLoughlin said the mistakes would cost the taxpayer at least 40 million pounds (€50 million), a relatively small but politically awkward sum at a time of recession and squeezed household budgets.

"I have had to cancel the competition for the running of the West Coast franchise because of deeply regrettable and completely unacceptable mistakes made by my department in the way it managed the process," McLoughlin said in a statement.

Staff in his department may be suspended after officials made serious mistakes in how they calculated the bids. McLoughlin's position looks safe, however, having replaced Justine Greening as transport minister only last month in a government reshuffle.

The DfT will no longer award a contract to run the West Coast service when the current contract expires on 9 December. Trains will continue to run with the same drivers, staff and timetables while the problems are resolved, the government said.

The three active franchise competitions have been suspended while the handling of the awards is investigated. Another nine franchises were due to be awarded over the next three years. The timetable for all of these is expected to slip backwards.

The RMT rail union, meanwhile, described rail privatisation as a "sorry and expensive shambles", insisting that the process should be halted. "Instead of re-running this expensive circus, the West Coast route should be renationalised on a permanent basis," said RMT chief Bob Crow.