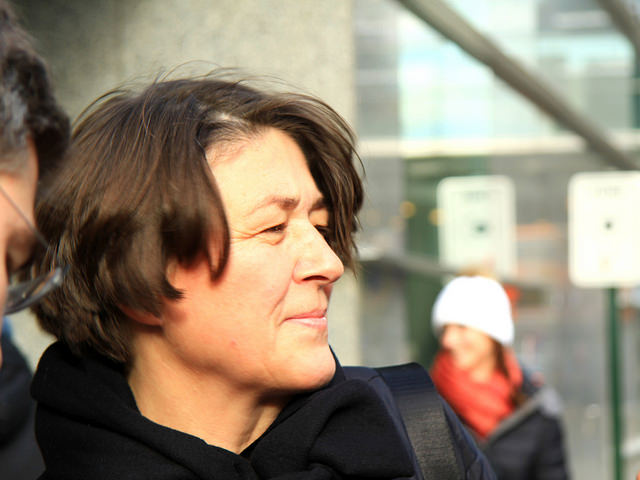 Violeta Bulc defended Jean-Claude Juncker’s €315 billion investment plan despite criticism among members of the European Parliament. The new Commissioner for Transport hopes to use the proposed fund to boost the EU transport sector’s competitiveness and reduce emissions.

Speaking in front of the European Parliament’s Transport Committee on Tuesday (2 December), Bulc said the European transport agenda is missing out on major investments.

The new plan, unveiled only last week, will encourage the private sector to invest in transport projects that the EU was unable to finance under existing loans.

“There is too much money to be invested from the private side. We haven’t found a better mechanism [than the investment plan] to help [the EU] grow, innovate, and contribute to the global economy,” said Commissioner Bulc.

“Transport is a growth enabler,” she added. “It has potential to create jobs, connect regions, and contribute to an energy efficient economy.”

Bulc praised President Juncker for having the “courage” to channel private capital into EU initiatives.

Commissioner Bulc told MEPs that the transport sector will be a major beneficiary of the Juncker plan.

The capital will flow into projects dedicated to building cleaner and safer transport infrastructures.

But not all initiatives will be entitled to money, she said. Only projects that create long-term job opportunities have a clear EU added value, and that are ready to start within the next three years, will be sponsored.

These include equipping vehicles with intelligent transport systems, or developing a new European air traffic control network (SESAR), for example.

According to Commissioner Bulc, member states also sent a list with suggested projects. Developing the ports of Dublin and Valetta, building missing connecting roads in Eastern Europe, or upgrading a channel, are just a few of the initiatives waiting to receive funding.

Asked by legislators about the role of the European Parliament in this process, Commissioner Bulc said she wants to built trust among the two institutions in order “to push the Council to complete the necessary legislative processes”.

Commissioner Bulc announced that she intends to make irregular visits to different member states to check the concrete impact of the institution’s work. She also invited the Parliament to join her in these visits.

As far as future legislative proposals, Bulc said that the Commission will present its working programme in two weeks time.

Consumer and business needs will be at the core of any new EU law, but she warned that sometimes “more legislation does not mean better practice”.

Asked by EPP Transport Committee spokesman Wim van de Camp about how the Commission intends to deal with unfair competition in the aviation sector, Bulc replied that it was time for the EU to adopt a new strategy on aviation, possibly by 2016.

She also announced that the EU’s executive branch could put forward a new law for a Europe-wide car toll. A number of member states and stakeholder groups have been encouraging the Commission to take steps in this direction, she said.