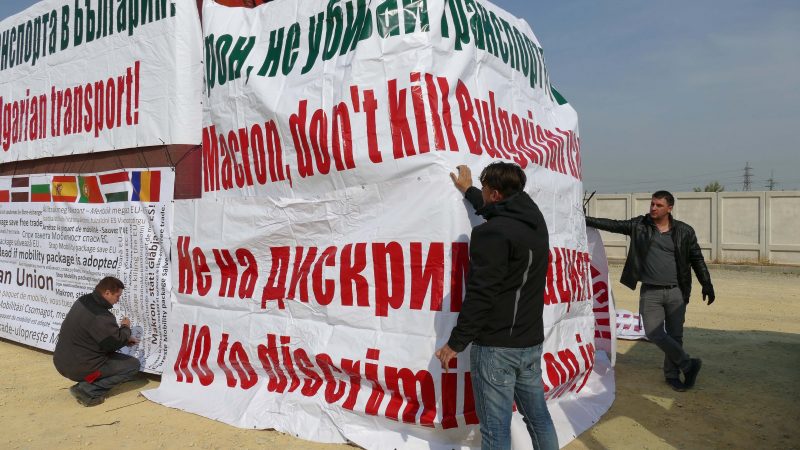 File photo. Drivers wrapp a truck with slogan banners during a protest of Bulgarian drivers in Plovdiv, Bulgaria, 4 April 2019. [Stringer/EPA/EFE]

The issue of road hauliers’ work conditions has pitted eastern countries — also including Poland, Latvia and Lithuania — against Western states like France and Germany, who have backed the reform as a way to clamp down on so-called “social dumping” in the sector.

“To protect the interests of international road haulage companies, Bulgaria will initiate the filing of a written claim to launch legal action at the EU Court of Justice against Mobility Package I,” the government press service announced in a statement. 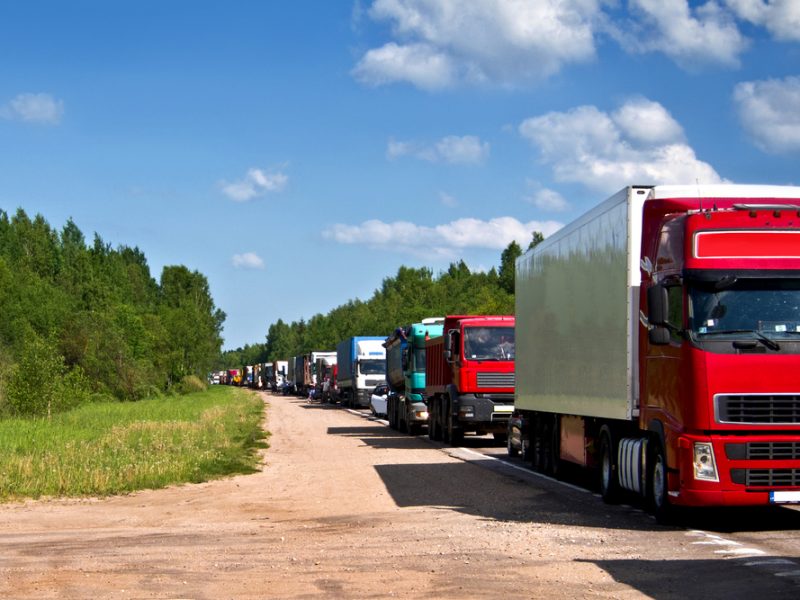 Several Eastern European states condemned the reform when it was adopted by the EU Parliament in early July, branding it “protectionist”.

The Bulgarian government said on Wednesday that it would challenge in particular rules that oblige long-haul drivers to return home with their vehicles at certain intervals as well as the ban on drivers taking their weekly rest periods in their trucks.

The government said the rules were “imbalanced” and “discriminatory” towards companies from countries on the fringes of the European Union, whose drivers would have to return home every three to four weeks.

Vehicles would have to come back to companies’ operational centres every eight weeks, which eastern countries complain would necessitate long and potentially environmentally damaging journeys.

Bulgaria and the like-minded countries from Eastern Europe have asked the Commission to produce an impact assessment of the unnecessary travel of thousands of empty trucks across Europe. 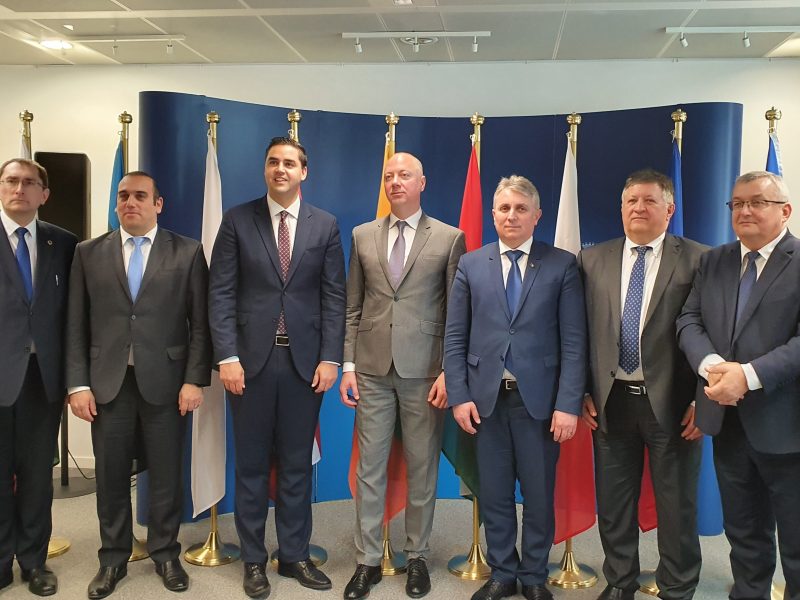 Bulgaria’s crucial road haulage sector has also been staunchly opposed to the new measures, prompting the government to take action.

The sector employs 120,000 people — including some 40,000 drivers — and contributes 12 percent of the country’s gross domestic product.