CEOs: Europe doesn’t have ‘the big balls’ to make a Tesla 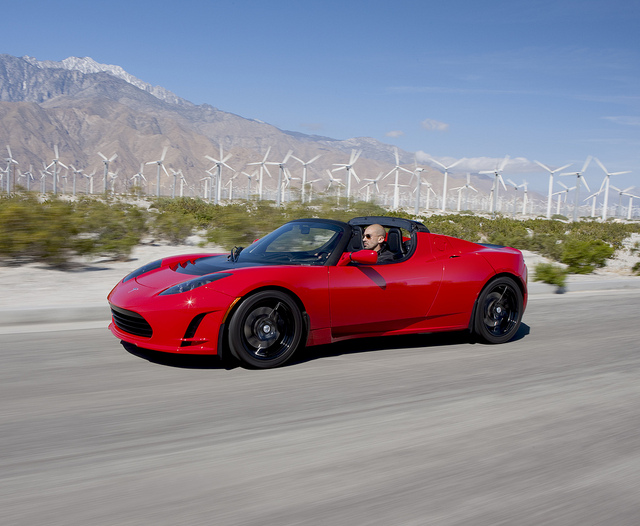 The Tesla has left EU competitors far behind in the electric car race. [NRMA Motoring and Services/Flickr]

The European Union doesn’t have the “big balls” needed to make market-leading and disrupting innovation such as the Tesla electric car, business leaders have said.

Tesla is an American company that makes electric cars. It now dominates the market. But European car manufacturers found it too difficult to let go of the past to enjoy similar success, bosses speaking at an event in Brussels said.

“There’s still a lot of risk aversion in the EU. When I go to ‘States and to Israel, there are a lot of crazy ideas, but they say ‘Let’s give it a try and see what happens,” he stated at a debate hosted by lobby organisation BusinessEurope.

“I’m sorry for my language but you need some big balls and a lot of guts,” he added.

Lodeweyckx blamed the lack of innovation on a European culture that looked down on failed ideas. “In Europe there’s a lot of shame when you fail and you don’t have that issue in the states,” he said.

“It’s an ideology that accelerated in the US,” he said, “Don’t be afraid to fail, innovate on top of you failure and then do it again. Fail fast.”

That kind of energy, attitude as well as synergies with financiers was needed, said Lodeweyckx.

But European car makers were an old, established industry that had always cannibalised itself, said Arndt Neuhaus.

Neuhaus, who arrived at the event in a Tesla, is chief executive officer at RWE Deutschland AG, which bundles the RWE Group’s German power, distribution and energy efficiency operations.

“It’s difficult for European car manufacturers in this climate to let loose of the past,” he said.

“Even if Europe has the competency to build a better Tesla, I am not expecting it necessarily to happen here in Europe,” he added.

Asked if it was too late for the EU to catch up in the electric car industry, Neuhaus said there was still a lot of room.

The critical element was in the development of electric car batteries he said. Electric cars still could not match combustion vehicles for distance travelled before recharging was needed.

“There’s a race going on there at the moment actually,” he added.

But that development and software innovation was unlikely to come from the car manufacturers, although they would eventually take over the technology, he said.

In the long run the question is how to get to critical mass, to get these seeds strong enough to be eaten up by the traditional system,” said Neuhaus.

“But it’s always difficult to come up with something new, in an established organisation, against someone that hates it,” he added.

The business leaders were at an event (16 June), during the EU’s Sustainable Energy Week.

>>Read: Gabriel: Germany has ‘catching up to do’ in e-car sector

As an energy option for vehicles, electricity offers the possibility to substitute oil with a wide diversity of primary power sources.

This could ensure the security of energy supply and a broad use of renewable and carbon-free energy sources in the transport sector, which could help the European Union reach its targets on CO2 emissions reduction.

The Electrification of transport (electromobility) has been identified as a priority in the EU's research programme, Horizon 2020.

0 responses to “CEOs: Europe doesn’t have ‘the big balls’ to make a Tesla”