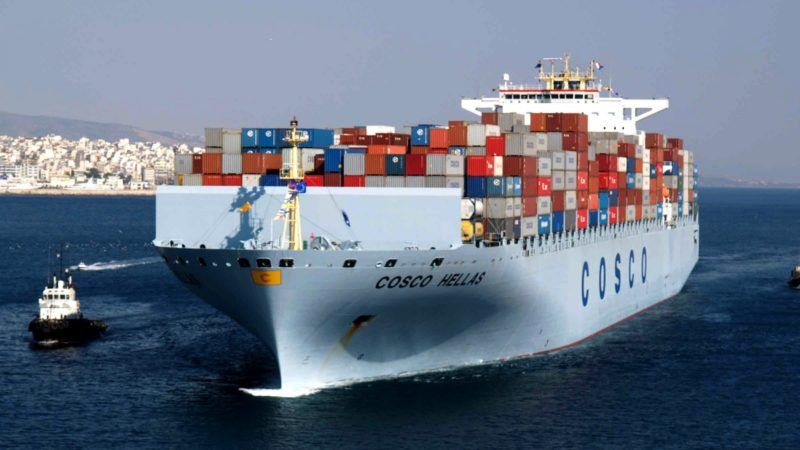 All speakers at a panel on infrastructure at the recently held Balkans and Black Sea Cooperation Forum in the Greek city of Serres focused their presentations on China’s role and goals.

Frans-Paul van der Putten, a senior research fellow at the Netherlands Institute for International Relations, emphasised the corridor starting from the Greek port of Piraeus and heading north via Serbia, Hungary, reaching central and northern Europe.

EU, the path of least resistance

According to van der Putten, the Black Sea region was China’s only alternative for corridors dominated by the US (Indian Ocean) and Russia (the Arctic). In his view, China’s greatest geopolitical risk is antagonising Russia and the US, while the EU is less of a concern.

In 2016, China Ocean Shipping Company (COSCO), a Chinese state-owned enterprise, acquired the majority stake in the  Piraeus Port Authority. The Chinese government considers Piraeus as the main entry point for Chinese exports into the southern, eastern and central EU, as well as the key hub for seaborne transportation across and around the Mediterranean Sea.

Van der Putten argued that the Chinese government is now able to influence the trade routes between China and the EU. The main corridor is Piraeus, but also the Chinese-funded upgrade of the Belgrade-Budapest railway, he said.

The high-speed rail link between Belgrade and Budapest will cost €3.2 billion. China, Serbia and Hungary signed a memorandum of understanding for the reconstruction of the 370-kilometre rail route in December 2014. The deal has created tensions with the EU, as Union procurement rules have not been respected.

China’s is focusing on Greece and Serbia, but also other countries in the Western Balkans, who are benefitting from low-interest Chinese loans for infrastructure projects, Van der Putten said.

Jelica Stefanović-Štambuk, a member of the University of Belgrade’s Faculty of Political Sciences, argued that for the largely deindustrialised Serbia, China’s investment is vital.

She gave various examples of Chinese investment accompanying the effort of building transport infrastructure, including the overhaul of Telekom Serbia by Huawei and the acquisition of a steel plant in Smederevo.

“China is growing, the EU is not growing,” Stefanović-Štambuk said.

Ambassador Michael Christides, the secretary general of the Organisation of the Black Sea Economic Cooperation, said that Chinese involvement in the Western Balkans was “provoking second thoughts in northern Europe and especially in Brussels”.

“This is very logical,” he stated, explaining that countries in this region were very eager to attract Chinese investments and funds, in order to improve their infrastructure, while northern Europe, which has already a very developed infrastructure system, is seeing this as a threat.

Christides spoke of “fears in the big ports of the north like Rotterdam, like Hamburg, losing a lot of the trade volume”, because of the new projects in the South.

“This is widely discussed in Brussels,” the diplomat said, adding that China did not respect all of the world’s trade regulations.

“I’m afraid that what we see here is a new point of friction between north and south in Europe,” Christides said.

One indication of possible developments is the decision by Hewlett-Packard to relocate a major part of its distribution activities from Rotterdam to Piraeus. The personal computer final assembly locations of HP are, to a large extent, concentrated in China.

Chinese influence is filling a void in the Western Balkans, which is losing hopes for EU accession.

Francois Lafond, the president of Blue Networks and Opportunities, commented: “China’s decision-making process is very quick. The EU is something different.”