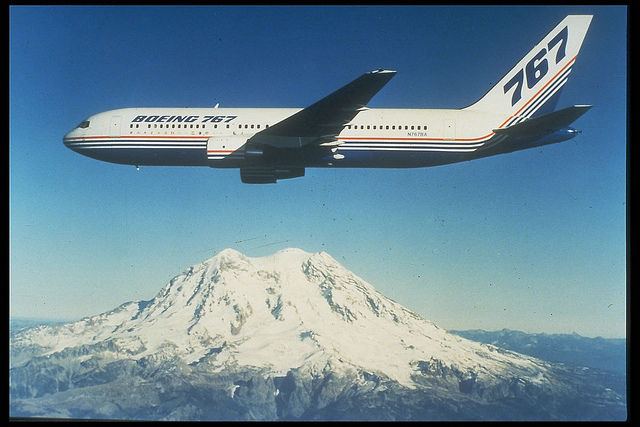 The business outlook for civil aviation is looking bright thanks mainly to rising Asian demand for aircraft. But airlines are expected to have a harder time, with tougher competition in Europe leading to a consolidation of the sector, according to the latest industry forecast.

Over the next 20 years, global air traffic growth is projected to increase at a rate of 5% a year, in line with historical trends. This year, a 6% expansion is forecast for global passenger growth, which is greater than capacity growth. Airlines are expected to register record profits, thanks in part to operational efficiencies.

Boeing stresses that since they were first published in 1961, its 20 year forecasts have proven to be quite accurate, even slightly conservative. Forecasts are based on a variety of projections for fuel price, the development of high speed rail, and air traffic infrastructure.

For example, Boeing calculated that the deployment of high speed rail in China has taken away 1 to 2% of traffic away from air transport in that market. Also, insufficient development of airports may create ‘choke points’ that constrain traffic and ultimately, demand for aircraft.

A major change in air traffic trends that will impact aviation are the types of routes that are increasingly serviced, according to Randy Tinseth, Boeing’s Vice President of Marketing.

“Big planes to big cities = big market” has long been the motto of the air transport industry. However, that all changed when customers began to demand more non-stop routes to regional destinations. The success of low-cost airlines (LCA), whose hub is often located in relatively small cities, also had an impact. “Small planes to smaller cities = big market” is the leading strategy now.

This has led to surging sales in smaller single-aisle planes rather than the largest wide-body aircraft. “Since 2000, LCA market share in Europe has grown from zero to 40% and thus, over the next 20 years, Boeing expects 80% of its European sales to be for this type of planes,” said Tinseth.

Boeing now expects air traffic in Europe to grow 3.5% a year, mostly in line with past trends. Over the next 20 years, Europe is projected to represent about 20% the manufacturer’s sales and over half of these will be for replacement aircraft.

The US and Russia are other key replacement markets, while Asia is the leading growth market with, increases of traffic projected at 6.6% a year for the Chinese domestic market alone.

The focus on replacement in Europe is mostly due to the fact that it already has a large installed base and that airline fleet expansion will probably be more limited there.

Indeed, “there is likely to be more consolidation for European airlines in the coming years. There is room for it since currently the number of major airlines is still quiet high compared with the US for example. Tough competition from LCA and Middle-Eastern airlines further supports consolidation”, ventured the Boeing VP.

Thus, the news is mixed regarding the air transport job outlook in Europe. The bright forecast on European air traffic is encouraging for the European aircraft industry and its suppliers which, in 2012, represented 287,000 jobs according to trade association Air Transport Action Group.

But merger and acquisition activity may put a dent in the EU28 airline workforce, which ATAG estimates at 462,000.

Cleaner and quieter transport is also high on Boeing’s agenda for the years ahead.

“Our main focus is to keep the noise confined to airport grounds,” stressed Tinseth, pointing to Boeing’s latest 737 and 787 models which reduce aircraft noise by 40 and 65% respectively.

Meanwhile, lower engine consumption, advanced aerodynamics and the use of lightweight materials should contribute to gains of 15% in fuel efficiency per passenger and per new model over the next 20 years.

This is not only driven by the global agenda to combat climate change, but by customer demand to cut operational costs—including fuel costs.

Biofuels are an additional option under research. “We have mostly resolved the first challenge—identifying biofuels that would not require any major engine modifications.”

“Two challenges remain: the cost of biofuels, and the necessity to find local sources of biofuels. Shipping (from) an approved biofuel source ( let’s say Argentina) to all of the world’s air transport hubs would not constitute an improvement from an environmental standpoint”, Tinseth explained.

Tinseth also emphasized the need to find second generation, that is, non-food based, biofuels in order to avoid the negative impact of emissions released from indirect land use change, an issue the EU is planning to address through new legislation. For example, a blend of 50% kerosene and 50% recycled cooking oil was tested in the Netherlands and Finland.

Regarding the integration of air transport in the EU ETS — a process that is currently suspended — Tinseth told EURACTIV that there is too much uncertainty at this stage: “Who would absorb that tax? Would it be airliners, and in that case, that may put pressure on aircraft demand, or would the tax be passed on to passengers and what would be their reaction?”

Boeing believes, however, that the International Civil Aviation Organization is the appropriate negotiation forum to resolve aviation emissions reduction at the global level.

Further, the aviation industry should not be solely responsible to improve air transport’s environmental footprint, the Tinseth stressed. “Airlines and the air traffic management community can also contribute (the EU’s Single Sky initiative is going in that direction) and a solution can only come from negotiation with all these entities, a process that will take time”.

Transport accounts for 23 percent of greenhouse gas emissions and is growing despite efficiencies, according to theIntergovernmental Panel on Climate Change(IPCC).

The Air Transport Action Group in Geneva estimates that the global aviation industry produces around 2% of all carbon dioxide emissions, and accounts for 12% of CO2 emissions from overall transportation sources.

In a draft report the IPCC’s working group on mitigation of climate change said: “Without aggressive and sustained mitigation policies being implemented, transport emissions could increase at a faster rate than emissions from the other energy end?use sector through 2050.” Demand for air travel is expected to grow briskly in developing and emerging economies as incomes and infrastructure improve.

Emissions have more than doubled since 1970, with road traffic contributing 80% of that increase, IPCC reports.

EU accounts for an estimated 35% of global emissions. However, its contribution has been falling compared to other regions, according to U.S. Environmental Protection Agency.