How will the automotive industry cope with the challenges of the future? Decarbonisation, electrification, hydrogen strategy: in the end, all of these building blocks are part of a holistic and European view. EURACTIV Germany reports.

“To transform our economy and our society in terms of climate policy, we need courage, ideas and a shared will to shape the future,” said German President Frank-Walter Steinmeier, opening the ‘Perspective Dialogue on Industry and Climate Protection’ on Thursday (11 February). The focus of the discussion was the automotive sector and the effects and opportunities arising from structural change toward a climate-neutral automotive industry.

Steinmeier asked his guests from climate impact research, trade unions and the automotive industry how this structural change can be made compatible for all areas of social life. The European Green Deal and the goal of being climate neutral from 2050, as well as the 1.5 degree target of the Paris Climate Agreement, were at the fore.

“Sustainable mobility will make a significant contribution to achieving the climate and environmental goals,” Steinmeier said.

The need to avoid crowded spaces led Europeans to opt for “private mobility modes”, such as cycling, walking, and private vehicles, according to the European Mobility Atlas 2021, a report analysing key facts and figures about transport in Europe.

How is sustainable mobility to succeed?

“Is the electric motor with batteries really the only way? What future does the use of hydrogen with fuel cells have?” Steinmeier asked..

Hildegard Müller, President of the German Association of the Automotive Industry (VDA), insisted on openness to technology and the promotion of different forms of powertrains: “We must not limit our thinking and should invest broadly.”

One possible form of propulsion for the transportation sector of the future is the fuel cell powered by hydrogen. However, production in sufficient quantities is not yet technologically possible, let alone affordable.

Other options include synthetic liquid fuels. E-fuel, also known as power-to-liquid, is obtained by an electrolysis process in conjunction with CO2 extracted from the air and can be added to conventional fuels. Biofuel, on the other hand, is derived from biomass, for example organic waste, and can also be burned by conventional combustion engines. Synthetic fuels, however, continue to emit CO2, and their production is also not yet commercially viable.

Another option is electrification. However, in the case of the e-car, all the electricity must come from renewable energy sources to be climate-neutral. In addition, there is the production of powerful batteries, which also causes significant emissions. Currently, raw materials such as cobalt or lithium are also needed for production, the extraction of which involves high consumption of water.

Ultimately, there is as yet no option for motors that can completely replace gasoline, diesel and super in a climate-neutral way. That’s why every automaker and supplier is pursuing its own strategy. VW, for example, is fully committed to electric cars.

Daniela Cavallo, deputy chair of the Volkswagen AG works council, defended VW’s strategy. She also called for the problem of the lack of charging infrastructure for e-cars to be solved at a European rather than national level. 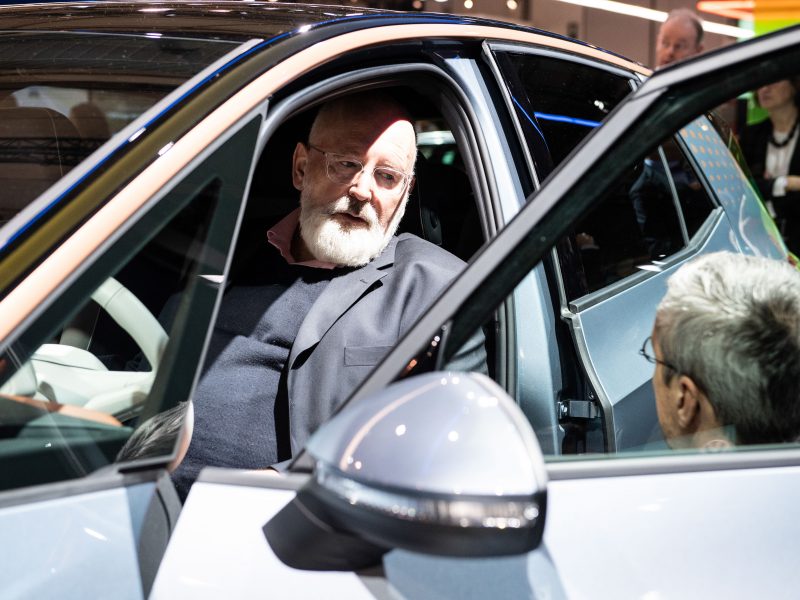 The question of how detailed politicians should be in telling industry where and the amount of emissions it must reduce was answered in different ways at the event.

Siegfried Russwurm, President of the Federation of German Industries (BDI), lamented the industry’s inability to plan due to ever new targets. Henning Kagermann, chair of the National Platform Future of Mobility, countered that innovations can only be accelerated by international standards.

The director of the Potsdam Institute for Climate Impact Research (PIK), Ottmar Edenhofer, also criticised the fine-tuning of policy, saying it did not allow for a long-term framework. “Standards yes, overregulation no,” he said, because detailed sector targets are not particularly useful due to the difficulty of predicting technological progress. It is simply not known which form of motor will ultimately prevail on the market. 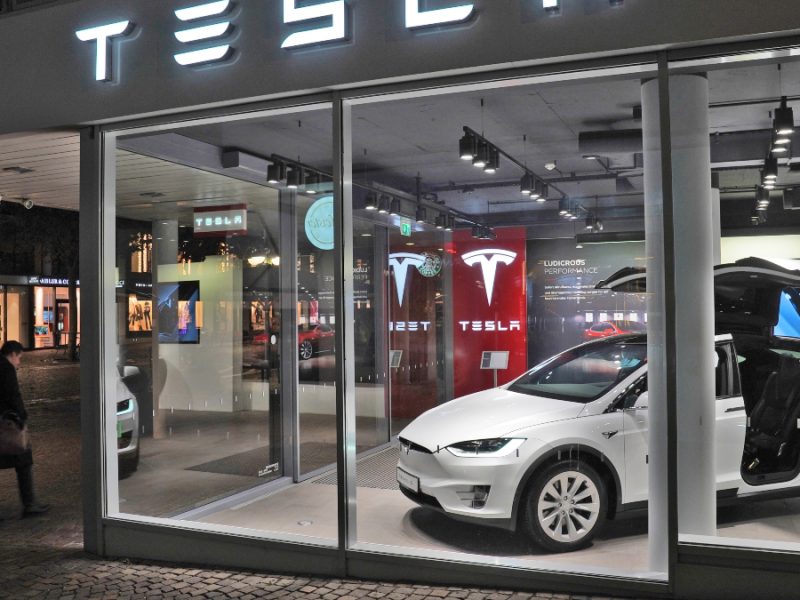 The proportion of electric vehicles sold in the EU more than trebled to 10.5% in 2020 new figures reveal, a sign that EU and national incentives to stimulate demand for zero-emission vehicles are bearing fruit.

Another major topic was the impact of technological and structural change on both the German and European populations. “What progress means for some must not be stagnation for others,” Steinmeier noted, stressing the importance of taking a holistic view of change.

VDA President Müller pointed to the 800,000 people employed in the industry in Germany alone and the 14 million throughout Europe. It is not just about industry, she said, and demanded that the sustainability goals include the reality of people’s lives. BDI President Russwurm warned that “there are yellow vests in every German car, too,” an allusion to the 2018 yellow vest movement in France directed against the rising cost of living due to the energy transition.

In this regard, Jörg Hofmann, chair of IG Metall, spoke of a knot in the socioeconomic transformation that needs to be worked out: “Employees in the automotive industry are also citizens with an interest in climate protection and consumers with an interest in mobility and the prosperity of the future. These interests are not always without contradiction.”

To keep the negative consequences for employees as low as possible, jobs that are lost due to structural change would have to be compensated for in the same place. PIK director and economics professor Edenhofer considers this to be the major challenge, but stressed that no one knows whether this compensation promise will work out: “That’s part of honesty.”