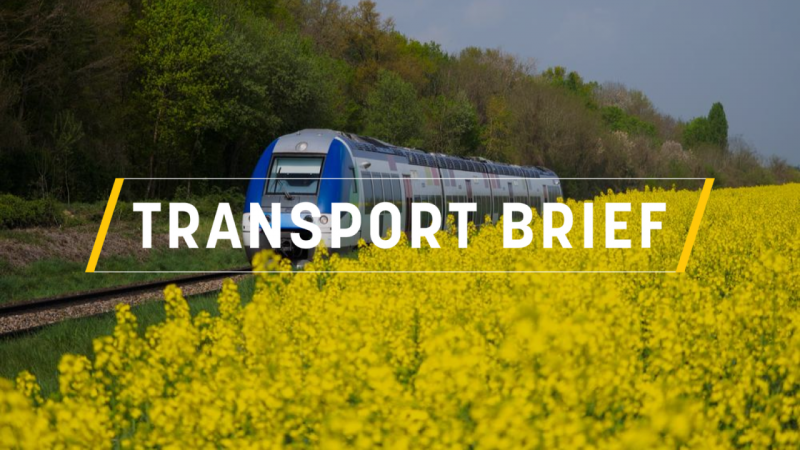 In this week’s edition: car emissions are not going down as planned, Boeing tries to get its planes back in the sky and space is still on the EU’s radar. First, check out the latest vlog, which this time looks into the non-financial virus aid provided to embattled companies.

CO2 emissions from cars increased for the third year in a row in 2019, according to new data from the EU’s environment agency. Increased sales of SUVs were a major cause and electric vehicle purchases have to accelerate, the report warned.

Batteries are crucial to the e-mobility effort. Catch up with our Special Report from last week, which ranges from industrial policy and maritime applications to recycling efforts and an interesting test case in Finland.

The UK government’s climate advisers have called for a ban on new petrol and diesel sales to come into force in 2032, three years earlier than planned. The UK has also ruled out the implementation of a car scrappage scheme as a virus recovery instrument.

Across the pond, US democrats want to phase out new combustion engine sales by 2035, while California has enacted the world’s first e-truck sale target.

Peugeot CEO Carlos Tavares told shareholders that the timeline for his firm’s planned merger with Fiat-Chrysler is “being strictly respected”, despite the Commission’s decision to open a competition inquest. He expects to complete the tie-up in the first half of 2021.

The EU executive approved Sweden’s plan to prolong a tax-exemption for biogas and bio-propane in motor fuels and heating, so long as food-based biomass is not used to produce them. The extension will last ten years.

E-scooter trials in the UK could be announced today, which would require riders to hold driving licences and stay away from pavements. A crack scooter division of Milan’s police force has already taken to the streets.

And the Geneva Motor Show, called off this year because of the virus, is also cancelled in 2021 and the entire event is up for sale after leading manufacturers suggested they might skip that edition too.

Lufthansa’s €9 billion bailout got the all-clear from the Commission and the firm’s shareholders. It had looked to be a close-run thing before the airline’s largest stakeholder said late in the day that he would vote in favour of the deal.

The Dutch government put some meat on the bones of its €3.4 billion aid scheme for KLM. Conditions include cost-cutting measures, top management salary restrictions and some simple sustainability pledges.

Baggage handler Swissport is struggling. Half of jobs will have to go in the workforce of around 8,500, the company’s managers warned in a letter sent to staff last week.

Air France waved au revoir to its A380 super-jumbos, which have gone into early retirement because of the coronavirus. Planemaker Airbus wrapped up its involvement in building ventilators at one of its factories in North Wales.

Clean planes are looking less sci-fi week on week: Europe’s largest all-electric flyer took to the skies in a debut flight using battery power. The startup behind the project is aiming to commence tests with hydrogen fuel tanks later this year.

Still no decision at ICAO on changes to the UN’s aviation offsetting scheme. The US has reportedly threatened to walk away from the voluntary pilot phase of CORSIA if tweaks are not made to how emissions are calculated. Background info here.

The first test flight of Boeing’s revamped 737 MAX – modified after two lethal crashes grounded the fleet worldwide – passed without incident. It is the latest step in the recertification process in the US, although Europe’s regulator is planning its own tests.

Pakistan grounded a third of its pilots after it was revealed many of them hold fake licences and have little to no flying experience. Check the rest of the horrendous story here.

And waste of money or symbol of national pride? The UK government shelled out nearly £1 million to repaint a Royal Air Force jet in the colours of the British flag. More in Picture of the Week below.

A fresh stab at brokering an agreement on updated rail passenger rights rules failed to make progress of any kind last week. MEPs and member states are so far apart that the lead lawmaker on the file called it quits when a compromise was not likely.

The most contentious issues include compensation rights, force majeure and disability rules. National reps are reportedly seeking a 36 hour notice period over a ten-year-long transition period, which the Parliament – understandably – considers far too long.

It will now be up for the German presidency to take over the baton from the Croatians, which could help the talks when it comes to guaranteeing bicycle places on trains but MEPs should not count on it doing anything to unlock the trickier financial items.

Europe’s rail sector has clubbed together to urge the EU to make trains an indispensable part of the bloc’s forthcoming sustainable transport strategy. You can access their full pledge here.

Belgium’s railway track will soon be given a fetching new colour scheme, as infrastructure managers paint the rails white in an attempt to stop them from buckling in high temperatures. It is a technique already used in other countries.

And the mayor of a Flemish seaside resort is threatening to take Belgium’s railway company to court for “exporting” coronavirus to the coast, by failing to make sure trains are not overcrowded and passengers are wearing masks.

EU industry boss Thierry Breton wants space policy to remain front and centre in the bloc’s plans. The Frenchman outlined a number of issues in a Reuters interview, including a next generation Ariane 7 rocket. Ariane 6 is yet to make its debut launch.

Europe’s space agency is already on the hunt for a new boss, as the incumbent ESA chief’s term starts to come to a close. Check out here who the candidates could be and what the job involves.

The UK is set to lose access to global positioning system Galileo because of Brexit and has reportedly looked to strike a deal to go in on the OneWeb constellation, instead of designing and launching its own system, as previously planned.

However, space tech experts are not convinced that OneWeb – intended to provide internet services from low earth orbit – can be retrofitted to be a GPS and Galileo substitute. Certainly one to keep an eye on.

Russian space agency Roscosmos is getting in on the orbital tourism game, announcing a short-term mission to the ISS in 2023 that will include paying punters.

Danish shipping giant Maersk is pumping $60 million into a research fund that hopes to accelerate the course towards cleaner vessels. Maersk has pledged to be carbon neutral by 2050. 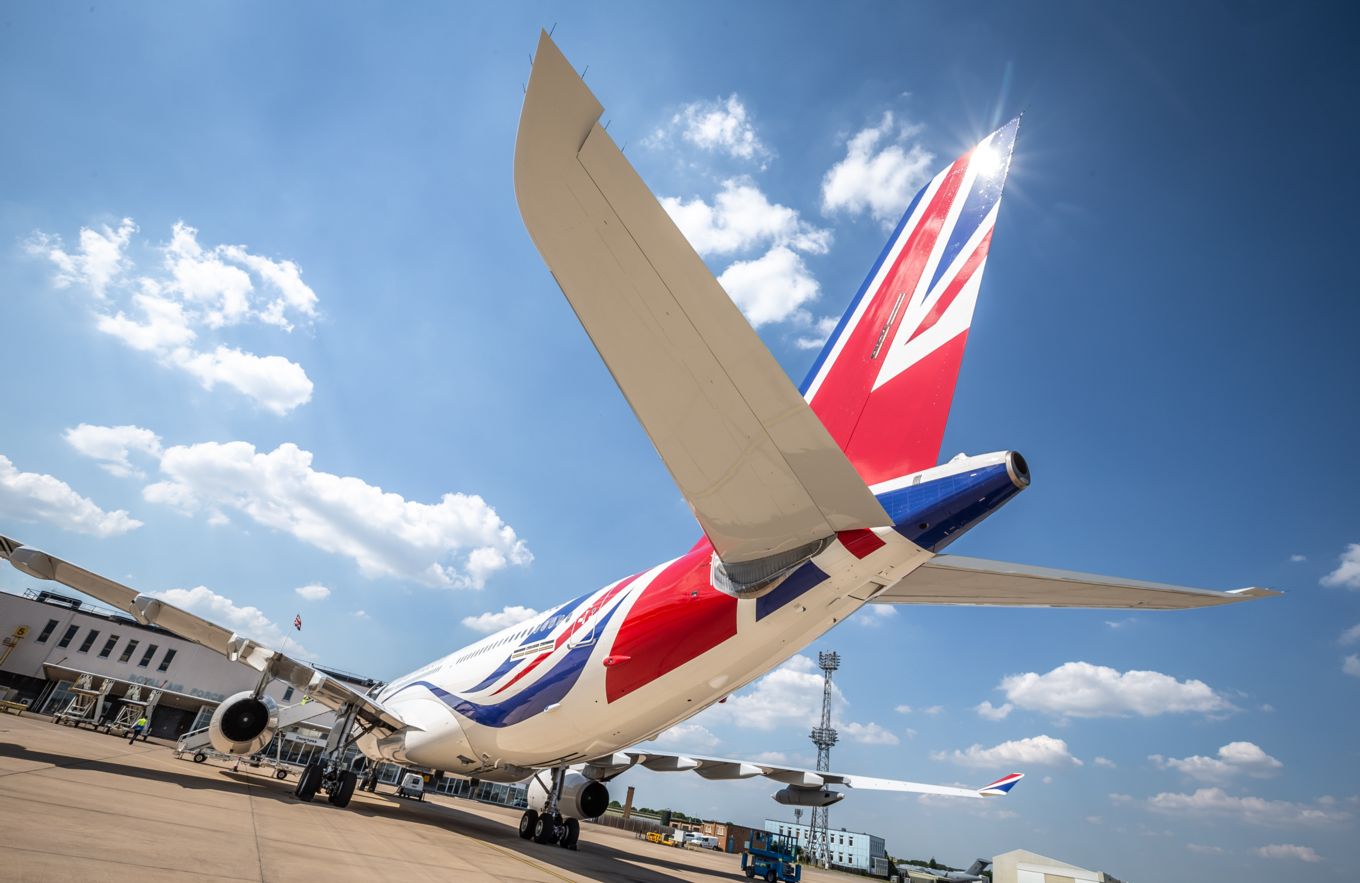 Could be slightly faster

The Dock of the Bay – Otis Redding

A decision at ICAO could be imminent. Check the site for updates.

Germany takes over the helm of the rotating EU presidency as of tomorrow.