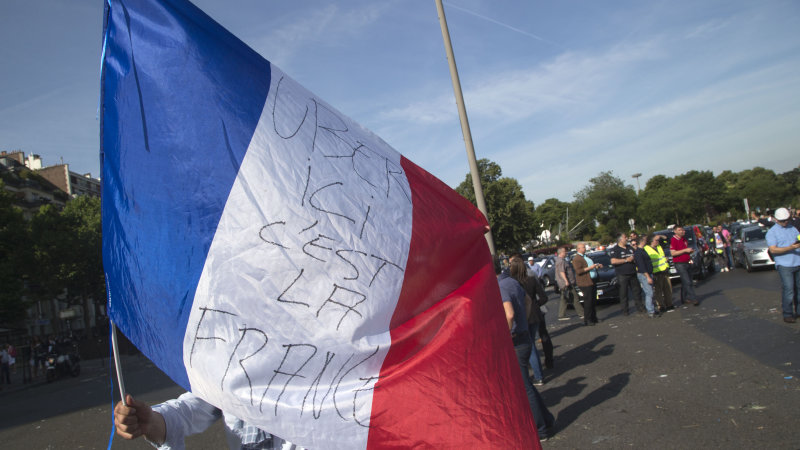 Uber argues that the recent French ruling will not affect its current services in the country. [Autoblog]

However, the battle is far from over, as it is now the European Commission´s turn to judge whether the French regulation is in line with the EU regulations.

DG Mobility and Transport are currently assessing France’s responses, to address some of the concerns raised by the US-based firm, an EU official told EURACTIV. Uber believes that the Thévenoud law violates the service and e-comerce directives, and internal market principles, such as the freedom to set a company anywhere in Europe.

EU officials clarified that this inquiry does not represent a stage in an infringement procedure, and no deadline has been set to come up with a conclusion.

The Commission is also waiting to see the full implications of the French law, and whether it will affect not only the services provided by unlicensed drivers (UberPop) but also by accredited chauffeurs (UberX)

Mark MacGann, Uber’s head of public policy for Europe, the Middle East and Africa said that the “disappointing judgement” will not impact the company´s services in France, as they are provided entirely by professional drivers.

On Tuesday, France’s constitutional council said the ban imposed by the Thévenoud law was in line with the Constitution.

Meanwhile, a Commission spokesperson said that France is considered a “model country” that will reach a fair ratio between the opportunities brought by the sharing economy and the social priorities of this Commission.

Taxi drivers have stressed in the past that Uber is putting the European social model “at risk”.

In light of the numerous complaints, European Commission President Jean-Claude Juncker’s team recognized the need for prioritising the social consequences of the sharing economy. Therefore, his cabinet requested a greater involvement of the Commissioner for Social Affairs, Marianne Thyssen, on the ongoing assessment of the sharing economy being conducted by the executive.

Uber has triggered some concerns in particular in areas such, as consumer and social protection or tax compliance. However, the Commission´s top officials warned against “restrictive” national legislations.

“Businesses and consumers should benefit from innovative business models,” Lowri Evans, Director-General in charge of Internal Market, Industry, Entrepreneurship and SMEs, said on Wednesday (23 September), in an event hosted by the European Parliament SME intergroup and Eurochambres. But “fair competition” is a “key” element of the equation, she added.

Evans acknowledged that the legislation on sharing economy in Europe is affected by “uncertainty”. However, she declined to comment on the French ruling and how it could affect the Commission´s on-going work on this topic.

As part of its analysis, the EU executive is currently examining whether Uber should be regulated as a traditional service provider or as a digital platform. The conclusions will come most likely after the European Court of Justice gives its views on the same matter, after a Spanish judge referred a case to the European judges last July.

The final verdict could have far-reaching consequences not only for Uber, but also for how the sharing economy is organised in Europe.

Meanwhile, British MEP Vicky Ford (Conservatives) recalled that Uber-type companies, like Airbnb or Snapgoods are operating in already regulated markets. In her opinion, the sharing economy offers a “huge potential”, but firms should operate in a level playing field.

In January, France banned the low-cost service, which puts customers in touch with private chauffeurs at budget prices, after furious taxi drivers protested around the country.

The San Francisco-based company filed a complaint with the European Union (EU) over the ban and also contested it at France's constitutional council.

However as the ban was hard to police, Uber has kept operating the service in France. This led to a spate of violent protests in June that saw cars set alight and a number of UberPOP drivers and passengers attacked.

The US firm finally gave in after its two French bosses were arrested and charged with "misleading commercial practices (and) complicity in the illegal exercise of the taxi profession", and suspended the application in July.

Uber, which offers several types of ride-sharing services, claims to have 400,000 UberPOP users in France.

The company has become one of the world's most valuable startups, worth an estimated $50 billion (44.5 billion euros), as it has expanded to more than 50 countries.

But its meteoric rise has been accompanied by a wave of protests, bans and legal actions as taxi drivers across the world complain of unfair competition. To date, Uber has been hit by court injunctions in Belgium, France, Germany, the Netherlands and Spain.