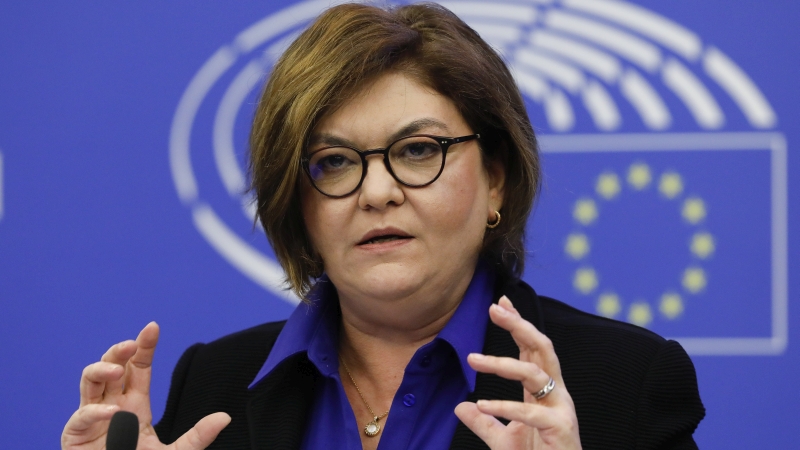 The European Commission on Tuesday (14 December) unveiled four initiatives aimed at readying Europe’s transport network for a low-carbon future – a set of proposals hailed by Greenpeace as “exceeding expectations” when it comes to promoting rail transport.

The “efficient and green mobility package” proposes upgrades to the EU’s main transport routes, a revision of the intelligent transport system directive, a new framework to boost clean mobility in cities, and support for long-distance and cross-border passenger rail.

It will help the EU achieve its aim of a 90% cut in transport emissions by 2050 while providing “concrete” benefits to citizens across the bloc, Timmermans said.

“[These] proposals set European mobility on track for a sustainable future: faster European rail connections with easy-to-find tickets and improved passenger rights, support for cities to increase and improve public transport and infrastructure for walking and cycling, and making the best possible use of solutions for smart and efficient driving,” the Commission Vice-President said in a statement.

According to the Commission, the proposed TEN-T Regulation will reduce gaps in Europe’s transport infrastructure and make cross-border travel smoother.

As part of the proposed revision, all passenger rail lines must be allowed to travel at 160km/h or faster by 2040, while freight must be able to achieve a speed of 100km/h.

The Commission is also calling for improved handling capacity at freight terminals, reduced waiting times at rail border crossings, and an increase in rail freight facilitated by longer trains.

Completion of major parts of the network will be brought forward under the proposal, with an intermediary deadline of 2040 rather than 2050. This will apply to high-speed rail connection projects including the link between Budapest and Bucharest and Porto and Vigo.

All cities along the TEN-T network will be required to develop a plan to promote zero-emission mobility, such as improving the provision of public transport and encouraging a shift towards walking and cycling.

“This network is for the European economy what arteries and veins are for the human body,” said Vălean, speaking to reporters on the need to modernise the TEN-T.

Much of the proposal focuses on improving and unifying rail ticket purchasing, an area in which rail is often compared unfavourably to aviation. Easier ticketing, it is hoped, will help the bloc achieve its target of doubling high-speed rail traffic by 2030 and tripling it by 2050.

A legislative proposal will be tabled in 2022 designed to make international rail ticketing more user-friendly. This will include the development of a portal that will allow users to compare prices, similar to those available for flight tickets.

The Commission also stated that it will investigate an EU-wide VAT exemption for train tickets and put forward proposals next year that will make cross-border rail services more frequent.

Last updated in 2010, the proposed revisions to the ITS Directive aim to reflect a decade’s worth of technological developments. As part of the update, the Commission will propose that road, travel, and traffic data be made available to drivers travelling along the TEN-T network, before expanding to the bloc’s entire road network.

“With our Intelligent Transport Systems Directive we are embracing digital technologies and data-sharing. We want to make travel in the EU more efficient – and safer – for drivers, passengers and businesses alike,” said Vălean.

Given the rise in home deliveries, the Commission is also pushing cities to develop a “sustainable urban logistic plan”, which would use data to better plan delivery routes.

The proposed “Urban Mobility Framework” will provide local and regional governments with detailed guidance and funding options for cutting congestion, emissions, and noise in cities.

In addition to tips on promoting clean transport options such as walking and cycling, the proposal sets out measures to green taxis and ride-hailing services.

Timmermans stressed that the way we move about cities must change in response to the climate crisis but said this can be done in a sustainable way “without reducing comfort and without reducing the opportunity to move around”.

The package will help cities to make the needed changes to facilitate the shift, he said.

“On a daily basis, I work with hundreds of mayors throughout the European Union, and there’s not a single city in Europe which doesn’t intend to move in this [sustainable] direction. So, what we’re doing is simply facilitating this transition.”

“The Commission’s plan includes some really great ideas to better support rail, we now need to see the follow-through. The EU and national governments have for too long prioritised dirty road and aviation projects, they must stop paying polluters and start funding transport that works for people and doesn’t wreck the climate,” Greenpeace’s Herwig Schuster said.

BEUC, the European consumer organisation, heralded the rail plans as “a first step towards easier ticketing and better passenger rights, which are needed to make rail truly convenient”.

Marian-Jean Marinescu, a lawmaker with the European Parliament’s centre-right EPP Group, said the proposal will “push member states to deliver on their commitments toward core networks in order to complete missing links by 2030 and improve interconnectivity, capacities and safety across all modes of transport.”

While positive towards the proposals, the Parliament’s Greens/EFA Group called for further prioritisation of rail in European transport policy.

“We’ve heard about modal shift for decades now but nothing has really changed. Without a significant shift to rail and active travel, we will not achieve the EU’s environmental targets,” said Greens MEP Ciarán Cuffe.

“I look forward to working on these proposals, and to further measures stemming from the action plan on rail, so that the potential of public transport, rail and active travel are fully realised,” he added.