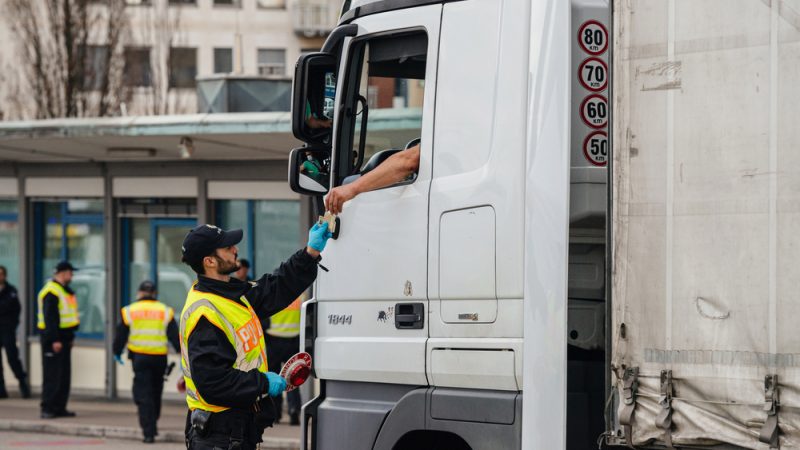 Truck drivers in particular have been granted relaxed rules to follow during the outbreak. [Photo: Hadrian / Shutterstock]

Virus lockdown measures have forced national governments to relax laws related to driving and hauling cargo, as the outbreak prompts countries to rethink the rules of the road in order to keep goods flowing.

Most EU countries have now agreed to a temporary and limited relaxation of rules on driving hours, aimed at helping commercial drivers navigate traffic jams and longer waiting times during the coronavirus outbreak.

National governments have notified the European Commission about the changes they have made – which are allowed during extenuating circumstances – in order to “ensure national supply of goods”.

France, for example, has increased the maximum daily drive-time limit from nine hours to ten, while neighbouring Luxembourg has chosen to increase the weekly limit from 56 to 60 hours.

Governments have also decided to give drivers extra leeway on mandatory breaks. Bulgaria will halve the weekly rest time, while others like Greece have reduced the obligatory daily break.

The virus outbreak has prompted some MEPs to try and torpedo EU rules related to transport – grouped together under the Mobility Package – by citing the “uncertainty of the situation”.

Romanian lawmaker Marian Marianescu urged EU transport chief and compatriot Adina Vălean to suspend the upcoming adoption of the 1st Package, which prompted a swift reply from colleagues in the European Parliament.

Greens MEP Karima Delli, who heads the assembly’s transport committee, said that “the pandemic cannot be used to try to block the Mobility Package. It is neither decent nor relevant.”

Socialist lawmaker Ismail Ertug said the virus is “more a reason to accelerate the MP1 process rather than to stop it”. The German MEP added that “the crisis cannot be an excuse for the distortion of fundamental driver rights”.

The Mobility Package has split western and eastern member states, the latter of which have branded the legislation protectionist and dubbed it “the Macron package”.

The Commission sent practical guiding notes to governments earlier this week to help set up priority ‘green lanes’ for cargo and medical personnel. The EU executive insisted that border crossings should take no longer than 15 minutes.

But the guidance’s insistence that all types of freight should be able to access the new priority channels drew criticism from the European Transport Workers’ Federation (ETF), which addressed a strongly worded letter to Commissioner Vălean.

“The communication goes against the efforts of the member states to contain the pandemic and address its impacts. There is also no regard for the safety of drivers who are keeping Europe moving and are key in fighting off this pandemic,” the letter reads.

ETF also warned that relaxation of drive-time rules should not be allowed in ‘red zones’ like Italy: “They represent a risk for drivers and people they come in touch with (fatigue, exposure) and do not make sense if we consider the low levels of transport and traffic.”

Italy has so far not signalled any changes but has decided to scrap indefinitely driving bans on suburban roads during public holidays as of 15 March. The measure will only apply to international freight services.

Luxembourg has also chosen to allow trucks onto the roads of the Grand Duchy at weekends and during public holidays.

Quarantine and lockdown measures also present an administrative hurdle for drivers whose permits are about to expire or who need extra documentation to keep operating under normal circumstances.

Some countries have now put in place exemptions to lift at least some of those obstacles. In Ireland, pensioners older than 70 no longer need to get a medical certificate to get a new licence and will be granted a derogation until the end of July.

In the United Kingdom – which has also notified the Commission of its relaxed stance on driving rules – motorists will be granted a six-month waiver on biennial vehicle safety tests, known as MOTs.

“Vehicles must be kept in a roadworthy condition, and garages will remain open for essential repair work. Drivers can be prosecuted if driving unsafe vehicles,” the government said in a statement. The exemption will come into force on 30 March.

But prospective drivers will have to wait until after the outbreak is brought under control, as a three-month moratorium on practical driving tests is in place due to social-distancing recommendations. 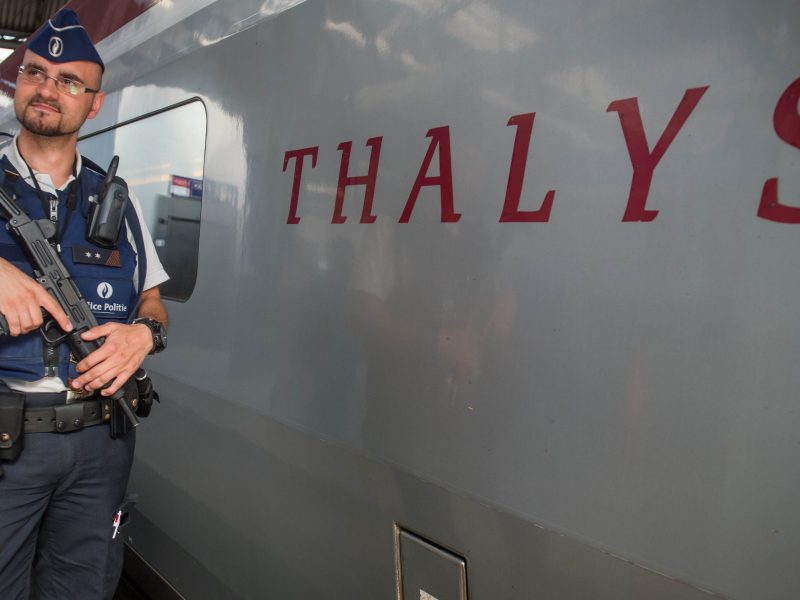