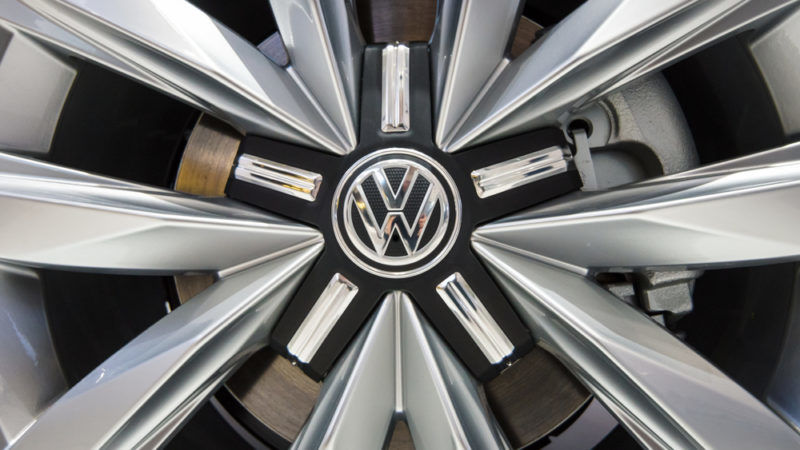 Here is an overview of the controversy:

How the scandal started

On 18 September, 2015, the US Environmental Protection Agency (EPA) reported that VW had installed illegal ‘defeat devices’ in hundreds of thousands of 2.0-litre engines in the US since 2009.

The software, used in the Volkswagen, Porsche, Audi, Seat and Skoda brands, helped make the cars meet exhaust pollution standards when monitored in tests, but in real life their emissions exceeded the limits.

Four days later the company admitted that some 11 million diesel vehicles worldwide, including 8.5 million in Europe, had been fitted with the software.

The stunning disclosure sent its shares plunging by 40% in two days.

Europe has not yet reached the bottom of the Dieselgate scandal as “many other brands” besides Volkswagen show too high emissions in real driving conditions, the EU’s Internal Market Commissioner Elżbieta Bieńkowska warned in a letter to the 28 member states’ transport ministers.

VW chief executive Martin Winterkorn stepped down five days after the scandal broke, insisting that he knew nothing of the scam. He was replaced by Porsche chief Matthias Müller.

As part of its efforts to turn the page on the crisis, the firm suspended some staff and recalled vehicles equipped with the cheating software.

VW’s guilty plea to a US criminal case in March this year settled its legal entanglements there, adding $4.3 billion in criminal and civil fines to $17.5 billion it had agreed to pay in compensation to owners and dealers and for environmental clean-up.

It has also announced a renewed focus on electric vehicles, aiming to become the world leader in electric cars by 2025.

Unlike in the US, where VW offered to buy back affected customers’ vehicles, it has offered no compensation to drivers in the European Union, irritating the bloc’s consumer protection authorities.

VW announced a net loss of nearly €1.6 billion in 2015, its first in 20 years, after setting aside billions to cover the anticipated costs of the scandal.

But the company returned to the black in 2016, with net profits of €5.1 billion, and overtook Japan’s Toyota to become the world’s top-selling automaker, with sales of 10.3 million vehicles.

VW has made provisions for €22.6 billion in its accounts since the start to meet the legal costs of the affair, but added no new cash to the pot in the second quarter of 2017.

It still faces lawsuits from thousands of car buyers and investors in Germany and investigations elsewhere.

Suspicions of cheating meanwhile have fallen on other firms in the German car industry, such as Mercedes-Benz maker Daimler, BMW and VW’s luxury subsidiaries Audi and Porsche.

Spiegel magazine in July published details of a VW letter to the German and European competition authorities, which it said showed auto giants had been working together on technology, suppliers, costs, sales and markets since the 1990s.

Secret deals were made at consumers’ and suppliers’ expense and talks on a technological fix for meeting diesel pollution targets laid the foundations for the emissions scandal, the magazine reported.

A spokesman for Volkswagen told AFP that the group would not comment on “speculation and conjecture.” BMW and Daimler similarly declined to comment.

German car giant Volkswagen, facing allegations that it colluded with fellow automakers on diesel emissions and other issues, insisted on Wednesday (27 July) that technical exchanges between manufacturers were “quite common”.