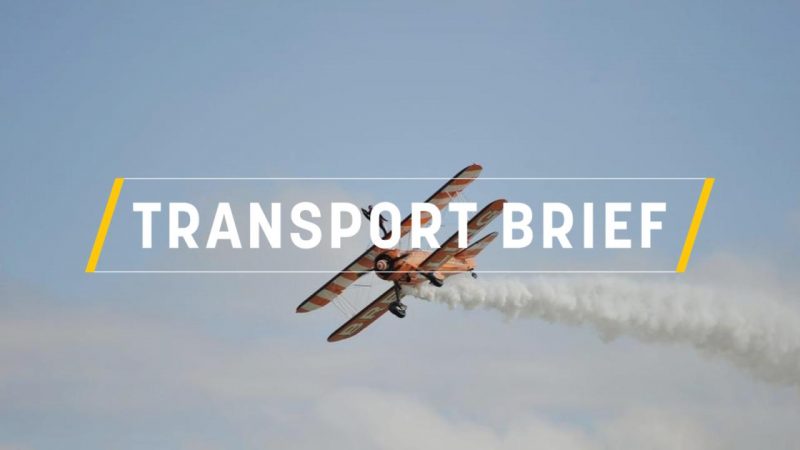 Your weekly dose of everything transport [Photo: Matt Gibson / Shutterstock]

In this edition: the culprit behind a rocket failure is revealed, the IMO disappoints on green issues and Europe’s night-train network grows again. First, this week’s vlog looks at the EU’s international diplomacy effort on transport policy.

A joint collaboration between NASA, the European Space Agency, the EU and SpaceX saw the latest addition to the Copernicus satellite fleet successfully make it into orbit. The new dog-kennel-shaped eye-in-the-sky will measure sea levels in great detail.

“Human error” has been cited as the main cause behind the failure of a rocket last week that was meant to put Spain’s first Earth-observation satellite into orbit. Faulty wiring led to the loss of the mission.

The International Maritime Organisation finally agreed on new environmental measures but the ambition of the deal left many observers thoroughly disappointed. Engine efficiency upgrades will only improve emissions by 1%.

As expected, the UN agency also signed off on a ban on heavy fuel oil – one of the worst climate-busting fuels – in the Arctic region. But climate analysts warn it is a ban in name only, as most vessels will be allowed to use HFO for another decade. Background here.

In a case of déjà vu, a Baltic ferry on route from Sweden to Finland ran aground near an archipelago of islands on the way. In September, another ferry became stuck in the same area.

Next year’s ‘European Year of Rail’ is supposed to be the sector’s time in the limelight but railway leaders are concerned that the pandemic will continue to put a damper on travel. Some even floated the idea of postponing it to 2022, although that proved to be not feasible.

Sweden’s rail operator has opened bookings for its upcoming Stockholm-Berlin night-train service, due to start running in March next year. It replaces a previous service that used a train-ferry to cut Denmark out completely, this one stops in Copenhagen.

In a case of corona-policy done right: a Deutsche Bahn announcement warns conspiracy theorists on board that the German government is collecting people’s saliva to create clones, so everyone had better wear their mask. Video here.

The EU’s aviation regulator plans to give Boeing’s MAX aircraft the all-clear to return to the skies in January. Its US counterpart, the FAA, issued its green light last week after extensive changes were made to the plane.

Australian airline Qantas has indicated that passage on board its aircraft will only be possible for passengers that have had a coronavirus vaccine, once they are widely available. It is a policy that could be mirrored by other carriers.

A British Airways 747 jumbo jet, parked at a Spanish airport for months due to the fall-off in air travel demand prompted by the pandemic, caught fire. Emergency services got the blaze under control but they are still not sure what caused it.

The Airbus ‘super-salesman’ responsible for flogging thousands of planes has revealed what he thinks was the main factor behind the demise of the firm’s A380 super-jumbo: it was the engines. Interesting read here.

And this Norwegian man clearly misses flying a great deal. He built a replica of an aircraft cabin in his house and now recreates the plane experience in the comfort of his own home. What do you think: crazy or not?

Analysts at clean mobility group Transport & Environment have blown the lid off of what has been labelled ‘the new Dieselgate’. Emissions from plug-in hybrids are higher that what manufacturers have claimed.

Flanders is investing an extra €30 million in electric car charging points, according to the region’s mobility minister. The idea is to have 30,000 extra plugs by 2025 and to have chargers every 25km.

US car giant GM has backed California in its legal dispute with Donald Trump’s White House over the Golden State’s unique power to set its own environmental standards. It marks a significant U-turn by GM, which backed Trump’s cause in 2017.

A Viking Line ferry that runs between the Finnish port city of Turku and Swedish capital Stockholm ran aground off the coast of the Aland Islands. 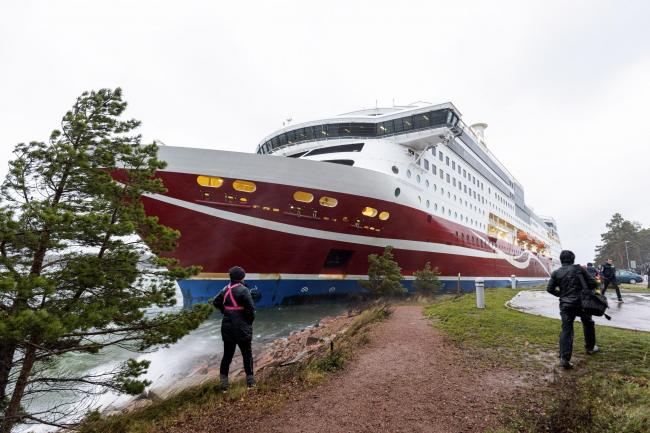