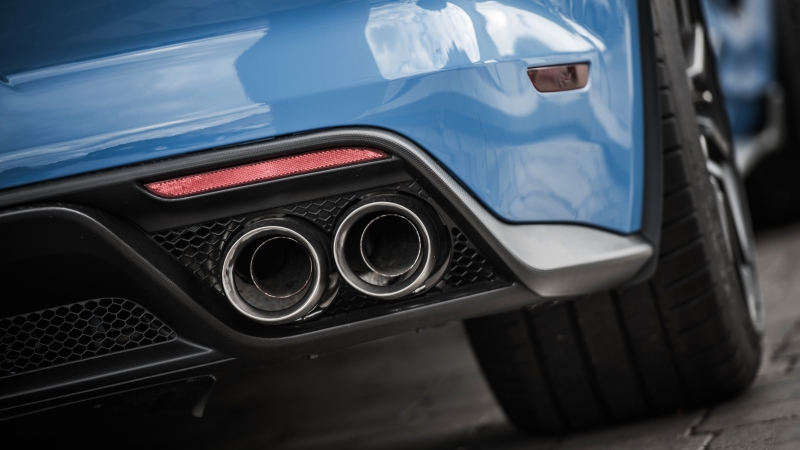 As Europe shifts to zero-emission passenger cars, the study challenges the green credentials of e-fuels, touted by the liquid fuel industry as a way to reduce the environmental impact of internal combustion engine vehicles.

“As long as fuel is combusted in engines, toxic air will persist in our cities. Lawmakers who leave loopholes for e-fuels in emissions targets are condemning the public to decades more of avoidable air pollution,” said Julia Poliscanova, senior director for vehicles and e-mobility at T&E.

The tests compared e-fuel with E10 petrol, the standard blend in the EU, which includes 10% ethanol and 90% unleaded fossil fuel. They found that synthetic fuels emit similar levels of nitrogen oxides, almost three times more carbon monoxide, and up to twice the amount of ammonia.

However, e-fuels did outperform their fossil counterparts in the number of particle emissions released, significantly reducing PM2.5.

The tests were performed in lab settings using an A-class Mercedes-Benz car. Analysis then found that high synthetic fuel costs mean running a car on e-fuels over five years will cost a driver €10,000 more than running a battery-electric car.

CONCAWE, a research organisation established by the oil industry, stressed that e-fuels remain compatible with EU vehicle emission standards (known as “Euro 6”) despite the findings.

“We fully recognise that electric vehicles will become the main solution for light transport, but we need to rely on all renewable energy sources to enable a faster and cleaner transition, at least as long as ICE vehicles are present on the roads,” a CONCAWE spokesperson said.

A request for comment by the eFuel Alliance, an industry lobby group pushing for regulatory acceptance of e-fuels, was not immediately returned.

E-fuels are not commercially mature, meaning they are currently available in meagre quantities. As e-fuel cannot be purchased in Europe, IFP Energies Nouvelles, a specialist blender, was tasked with developing a synthetic fuel similar to that foreseen to be on the EU market by 2030. Three blends were created, with around 100 litres produced in total.

E-fuels are produced by converting renewable electricity to liquid hydrocarbons through water electrolysis. These hydrocarbons are then synthesised with carbon dioxide molecules captured from the air. This carbon is released when the fuels are burned, theoretically rendering the fuel carbon neutral.

In addition to releasing air pollutants, the study casts doubt on whether synthetic fuels are entirely climate neutral.

If a car powered by e-fuel drives the EU average of 12,000km in a year, the study found that the equivalent of around 7 – 9kg of CO2 would be emitted. While significantly less than the emissions produced by fossil fuel cars, the report’s authors expressed concern that many cars powered by e-fuels would continue to produce climate-warming emissions.

T&E, a strong proponent of the electrification of road transport, is calling for EU countries to scrap national targets and financial support for the use of e-fuels in road transport.

“E-fuels have lost the race to clean up cars, but in truth, it was never even close… The credibility of Europe’s clean car policy is on the line, and any diversion into e-fuels is a new lease of life for old polluting engines,” said Poliscanova.

Instead, T&E want to see e-fuels reserved for hard to decarbonise transport modes, such as aviation.

Last month saw then-German transport minister Andreas Scheuer refuse to back a COP26 declaration on zero-emission cars and vans because it was unfavourable towards using e-fuels in internal combustion engines.

Whether the new German coalition government will take the same stance remains to be seen.

Under European Commission proposals tabled in July, sales of new cars and vans that produce carbon emissions would be banned as of 2035. The EU’s co-legislative bodies are currently debating the proposal.

One response to “E-fuel-powered cars emit as much pollutants as fossil fuels, study finds”