Electric vehicles sell power to the US grid 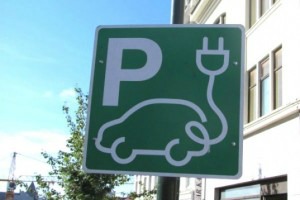 A technology developed with the University of Delaware has sold power from electric vehicles to the power grid for the first time, the power company NRG Energy Inc said on Friday (26 April).

In a joint statement, the university and NRG said that they began work on the so-called eV2g program in September 2011 to provide a two-way interface between electric vehicles and the power grid, enabling vehicle-owners to sell electricity back to the grid while they are charging their cars.

NRG said the project became an official participant in the PJM frequency regulation market on February 27. The system, which is still in development, is not yet commercially-available.

PJM operates the power grid for 60 million people in 13 US Mid-Atlantic and Midwest states and the District of Columbia.

Frequency regulation is used to balance supply and demand on the grid second-by-second.

As well as downloading electricity, electric vehicles can store energy, allowing power grid operators like PJM to balance the power provided by variable renewable resources, such as wind and solar.

A key aspect of the technology, NRG said, is that it can aggregate power from multiple electric vehicles to create one larger power resource.

2 responses to “Electric vehicles sell power to the US grid”