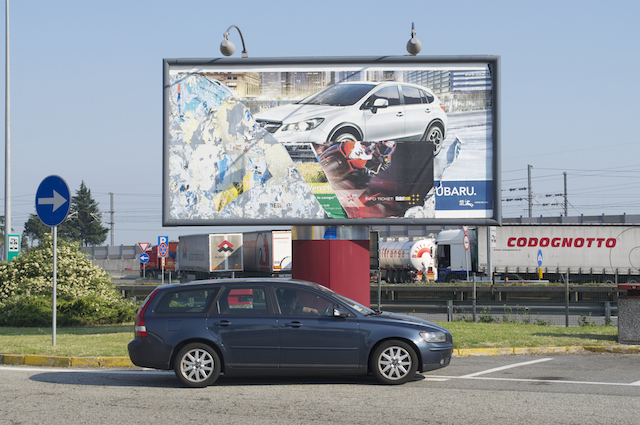 Environmental campaigners are bracing to take on big business over whether Europe should follow California’s lead and include road transport in the EU carbon market.

Bringing transport – Europe’s biggest source of greenhouse gas emissions after the power sector – into the EU Emissions Trading System (ETS) could bring down the costs the car industry faces in meeting existing regulation as well as tackling the oversupply on the carbon market.

Environmental campaigners, however, say such a move would undermine more-effective policies.

The arguments are likely to flare later this year when the European Commission, the EU executive, is expected to make a policy statement on a new 2025 standard for CO2 emissions from cars and EU leaders set a 2030 goal for overall emission reductions.

The Commission has not suggested including a specific EU-wide 2030 target for transport even though the sector is the fastest-growing source of emissions.

So far, emissions from Europe’s transport sector, which accounts for a fifth of all EU greenhouse gas discharges, have been forced downwards by emission standards for new cars. These have compelled carmakers to make engines more efficient, although testing loopholes have raised doubts over their effectiveness.

The targets’ ambition was also eroded by industry lobbying. Earlier this year, EU lawmakers agreed average new car emission limits for 2021 only after those caps were weakened by lobbying from Germany, home to brands such as BMW.

Even the diluted goals are still the toughest in the world and carmakers say any further cuts would be technically difficult. They also say they face higher costs than other sectors to meet existing goals, but so far have stopped short of saying publicly they want transport to be in the ETS.

“Any new CO2-reduction policy should be cost-efficient, technologically neutral and balanced in achieving the aim of reducing CO2,” Erik Jonnaert, secretary-general of the European Automobile Manufacturers’ Association, said by email.

The phrase “technologically neutral” is often used by business to champion using the EU ETS to tackle emissions, rather than sector-specific targets.

The idea is that the market sets a carbon price and then allows included sectors to choose how they reduce emissions, theoretically at lowest cost.

Environmental campaigners T&E oppose including road transport in the ETS. They say it would do little to cut emissions and make it easier for carmakers to persuade lawmakers to scale back more-effective policies such as road taxes.

“The carmakers would scream ‘double regulation’ and argue to weaken CO2 standards because emissions have been dealt with in the ETS,” T&E’s Greg Archer said.

Europe has previously shied away from including transport in the ETS, its flagship climate policy and the world’s biggest carbon market, partly because it would be tricky to measure.

Efforts to bring air and seaborne transport emissions into the ETS have also been fraught. Lawmakers reversed plans to regulate foreign flights after countries complained that doing so would infringe on carriers’ sovereignty.

But EU members Britain and Denmark have this year pushed the idea of expanding the scheme and California has set an example with plans to include transport in its cap-and-trade system from next year alongside a raft of other regulations.

The EU ETS regulates around half of Europe’s greenhouse gas emissions by forcing more than 12,000 power plants, factories and airlines to surrender an allowance for every tonne of CO2 emitted under a gradually decreasing emission cap.

The Commission admits the scheme is not driving down emissions for now because of an allowance oversupply, which accrued during the economic downturn.

That glut has pushed allowance prices down to around €6.50 per tonne from more than €30 six years ago, curbing incentives to invest in CO2-cutting technology.

The EU executive has proposed to regulate supply by establishing an allowance reserve but analysts say prices over the next decade will remain too weak to encourage more investment in low-carbon technologies.

California has sought to learn from the mistakes of the Europeans by imposing a minimum price for auctioned allowances, which currently trade just below $12 (€9).

Including transport would mean the EU ETS covered around 65% of the bloc’s emissions and could mop up some of the surplus by introducing more buyers.

But analysts expect the move to have a minimal price effect because lawmakers would be forced initially to increase the overall ETS emissions cap to accommodate the sector.

“The only way it would have much of an effect would be to bring in transport without raising the current cap, but that seems very unrealistic,” said Richard Smokers of Dutch consultancy TNO, tasked by the Commission to study options for future CO2 targets for land transport.

He said even a carbon price of €50 would raise diesel prices by 13 cents a litre, not nearly enough to drive emissions down by encouraging drivers to cut journeys, drive more efficiently or buy cleaner vehicles.

Proposals published in 2012 set further targets of 95g for new passenger cars by 2020, and 147 g/km for vans. Germany then pressured ministers to weaken the target.