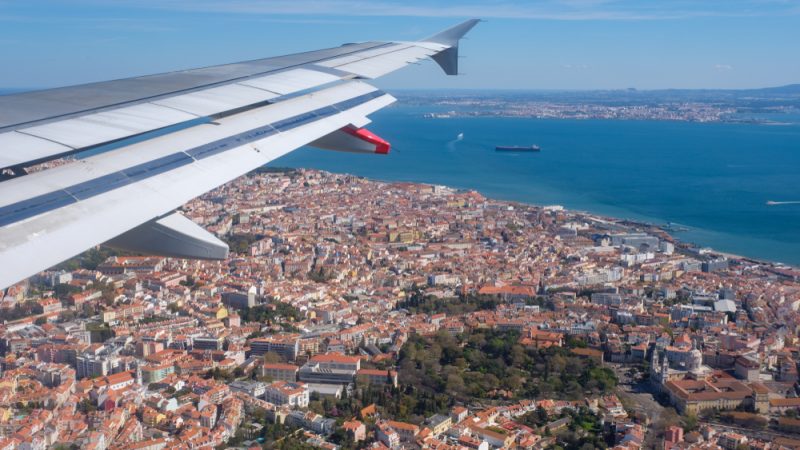 In June last year, Zero, the Portuguese Society for the Study of Birds, ANP/WWF, A Rocha, FAPAS, GEOTA, LPN and Almargem filed a lawsuit to “prevent the advance of the Montijo Airport construction project”. [Shutterstock/Martin Schuetz]

The Lisbon airport project is headed to court again after eight environmental organisations said they consider the strategic environmental assessment, which does not allow for alternatives, to be illegal.

“The eight Portuguese environmental organisations that took the Portuguese government to court to halt the Montijo Airport construction project will present their position on the uselessness and illegality of the strategic environmental assessment, as planned by the government,” a joint statement on Tuesday said.

In June last year, Zero, the Portuguese Society for the Study of Birds, ANP/WWF, A Rocha, FAPAS, GEOTA, LPN and Almargem filed a lawsuit to “prevent the advance of the Montijo Airport construction project”.

At the time, they considered that the government did not consider the airport’s impacts on the Tagus Estuary. The executive agreed to carry out a strategic environmental assessment five months later.

The international public tender to carry out this assessment was launched in October, and today, the day the deadline for submission of proposals to the Institute of Mobility and Transport (IMT) ends, the same environmental associations announced that they would again appeal to Justice.

In a statement, they justify their decision explaining that the tender specifications foresee the comparison of only three solutions. This limitation from the outset “pollutes the process and removes from it the character” of strategic environmental assessment, according to the environmentalists.

“Added to this is the fact that two of the solutions relate to the use of Air Base No. 6 in Montijo, a location considered unviable from an environmental point of view and not very strategic because it does not allow integration with the railway”, they add.

In September, the eight organisations had already protested against this process, accusing the Government of preventing a “serious and true” strategic environmental assessment of the new airport.

At the time, they regretted that the executive excluded, from the outset, the railway from the final solution, since it only considered the Montijo and Alcochete options, and argued that the solution of building a new airport in Montijo, “to which the train can never reach, is an anachronism”.

Arguing that the assessment that results from this process will be, “regardless of its outcome, illegitimate”, the environmentalists have now decided to go further.