Overall truck emissions will now have to be slashed by 30% by the end of the next decade, with a 15% benchmark as a stepping stone in 2025. Manufacturers that fail to meet the goals will be hit with an “emissions premium” penalty.

The new rules are the EU’s first attempt at regulating heavy vehicles, following in the footsteps of the likes of Japan and the United States. To date, Europe has relied mostly on fuel efficiency standards.

Negotiators ultimately compromised on the European Commission’s initial proposal of 15% and 30%. MEPs had wanted CO2 targets of 20% and 35%, while the EU member states backed the Commission’s figures with added tweaks.

The 2030 target will now be a binding goal but a review will be made in 2022, where MEPs and clean mobility advocates will hope for more ambition.

Reaction has so far been mostly positive. The Netherlands, which has championed stringent targets from the very beginning, said that the Romanian Presidency found the right balance in the final agreement.

But the European association of automotive suppliers warned it “will be difficult to achieve the targets at this highly-challenging level for all actors involved”, adding that legislation has to look at trailers and synthetic fuels.

Although the European Automobile Manufacturers Association (ACEA) reiterated once again its concern about the “highly ambitious” CO2 targets, it called on member states to start rolling out charging infrastructure.

It was not plain sailing for the proposed rules, as trilateral talks failed at several junctures to find an agreement. Similar talks on car rules late last year also gave mobility experts and lawmakers a headache as they seemingly dragged on forever.

The main stumbling point that emerged for trucks was sales targets for zero and low-emission vehicles, which are meant to promote the uptake of advanced e-trucks and hydrogen-powered haulers.

Buses and coaches were exempted from the scheme as there are already instruments in place that deal with those vehicles.

Several countries, especially those with big motor industries in Central and Eastern Europe, had threatened only to accept the overall CO2 targets if the sales goals were dropped.

In order to broker a deal, the negotiators reintroduced a voluntary ‘supercredits’ system where any manufacturer whose sales comprise at least 2% electric and hydrogen vehicles will get a less stringent CO2 target. 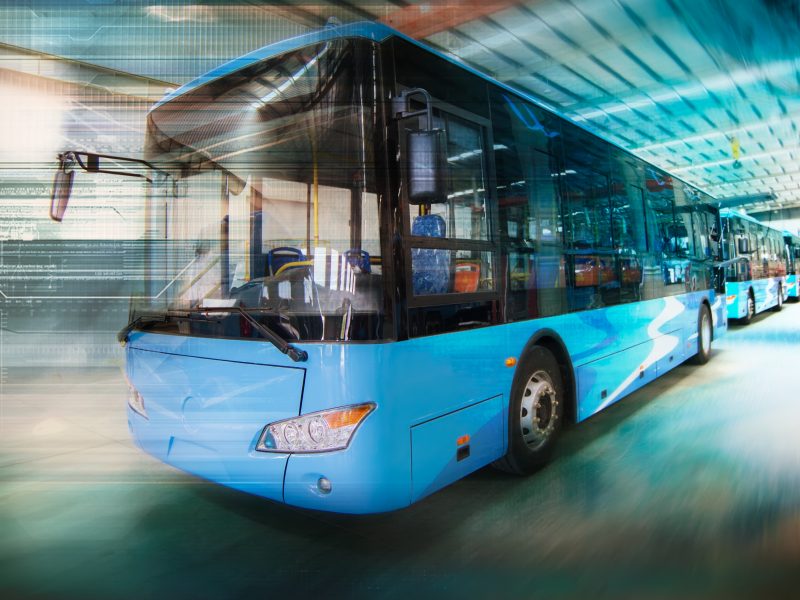 European Union lawmakers struck an agreement on Monday (11 February) on green public procurement rules for new buses requiring that local authorities purchase a minimum share of clean vehicles running on gas or electricity by 2025 and 2030.

Sources informed EURACTIV that the Commission actually tried to introduce an incentive factor during the last round of talks in an effort to sweeten the deal, where every percentage point over the sales target would result in a percentage point off the CO2 target.

That idea fell by the wayside and clean mobility advocates breathed a sigh of relief, as many insisted that applying the incentive “loophole” would actually reduce the number of e- and hydrogen trucks, while increasing emissions.

Green campaigners mostly welcomed the result of the talks. Transport & Environment called it “excellent news” but insisted that the 2022 review period must be used to scale up the ambition of the rules.

Climate Action Network France said the deal means trucks will no longer be allowed to emit with impunity but warned that a 2030 target of 50% is what is needed to help get the EU onto a Paris Agreement-compliant trajectory.

The final deal will now need to secure a final stamp of approval from both the Council and the European Parliament before it becomes law.

“At the same time, the new standards are extremely challenging as are the penalties for not achieving them. We can only hope that they do not endanger the viability of companies and the jobs they provide. We are entering unchartered territory here as these are the first ever emission standards in this sector. Even the baseline for the calculation of the targets is not known yet.

"We welcome the review of the regulation which is scheduled for 2022 in order to take stock of progress achieved.”