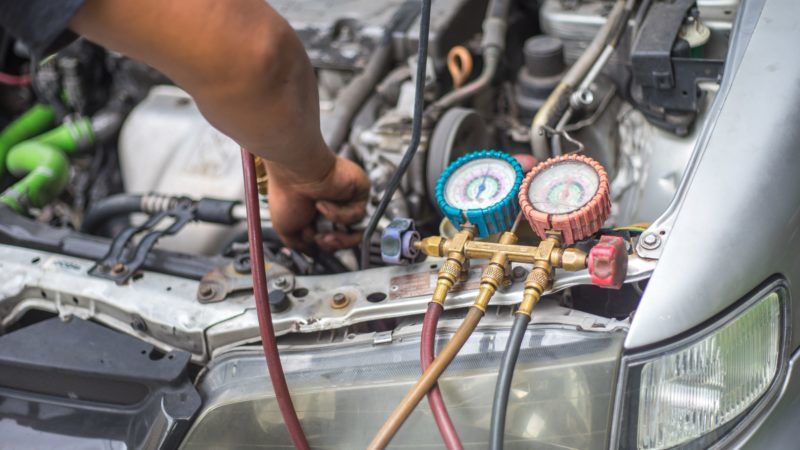 The EU’s 28 national car approval authorities will have to answer to a central oversight body in Brussels, following an agreement on Thursday (7 December) on a law to guard against a repeat of the Dieselgate scandal.

The deal, reached by European Parliament representatives and Estonia, negotiating on behalf of member states, must still be approved by the full Parliament and Council.

One out of every 40,000 newly registered vehicles will have to be checked by the EU authority to ensure it complies with EU type approval laws. The European Commission will have the authority to carry out checks on national authorities once every five years.

The oversight had been fiercely resisted by Germany and some Eastern member states, but they were overruled by a qualified majority of other member states.

The final version of the legislation is largely in line with the Parliament’s demands. But member states successfully kept out a provision in the Commission proposal which would have stopped carmakers from funding the national authorities’ test laboratories.

They also kept out a provision that would have allowed independent members to be part of a forum of representatives from member states which oversees the car approval system.

Despite German opposition, member states have consented to letting Brussels oversee their national car authorities to avoid another Dieselgate. But the oversight could be very light.

The campaign group Transport & Environment welcomed the agreement, even though it is less stringent than what was initially proposed by the European Commission.

“More than two years after the US caught Volkswagen cheating, we can finally say that Europe will have an improved system in place to keep cheaters in check,” said Julia Poliscanova, a clean vehicles manager with the group.

“It’s a pity that EU governments led by the biggest car producing countries rejected wise proposals to allow independent members of the Forum overseeing the new system,” she added.

The new law will also give the EU the power to require vehicle upgrades and initiate EU-wide recalls when irregularities are found. Those parts of the law will only apply after 2020. The Commission will also be able to check cars already on the road to ensure they continue to meet health, safety and environmental standards.

The Commission can fine manufacturers or technical services up to €30,000 per non-compliant car.

Erik Jonnaert, secretary-general of European automobile manufacturers’ association ACEA, said the final agreement is “a balance between the aim to make the whole type approval system more robust and efficient and the need to avoid excessive administrative burden for car manufacturers.”

“We are confident that this more robust approval and surveillance system will enable the automobile industry to regain consumer trust,” he added.

“We are content that the EU has set minimum targets for checking cars when they are in use, especially considering national inaction in this area. More European oversight of national authorities should also help to eliminate conflicts of interest that might exist in the EU’s Member States.”

“But the EU can still do more for consumers. A void is the lack of a test for real-world CO2 emissions. This is much-needed as the gap between laboratory and real-world simulations of CO2 emissions stands at over 40%. Such a situation cannot be allowed to continue, which is why we urge policy-makers to resolve it immediately.”

“ACEA has always supported the core objectives of strengthening market surveillance and improving the current system, as well as further harmonising it. The agreement reached today seems to strike a balance between the aim to make the whole type approval system more robust and efficient and the need to avoid excessive administrative burden for car manufacturers.”

“This proposal is expected to give the legal certainty and clarity needed by our industry; We are confident that this more robust approval and surveillance system will enable the automobile industry to regain consumer trust.”

ACEA will further analyse the details once the full agreement is available.

"Dieselgate has revealed the weaknesses of our regulatory and market surveillance system. We know that some car manufacturers were cheating and many others were exploiting loopholes. To put an end to this, we are overhauling the whole system. After almost two years of negotiations, I welcome that the key elements of our proposal have been upheld, including real EU oversight and enforcement powers. In the future, the Commission will be able to carry out checks on cars, trigger EU-wide recalls, and impose fines of up to €30,000 per car when the law is broken."

“More than two years after the US caught Volkswagen cheating, we can finally say that Europe will have an improved system in place to keep cheaters in check. But the proof of the pudding is in the eating. If the European Commission doesn’t keep a tight grip on national car regulators and check their work robustly and regularly, dieselgate will happen again.”

“It’s a pity that EU governments led by the biggest car producing countries rejected wise proposals to allow independent members of the Forum overseeing the new system. The Commission may invite third parties and this is essential to give the new system credibility and transparency.”