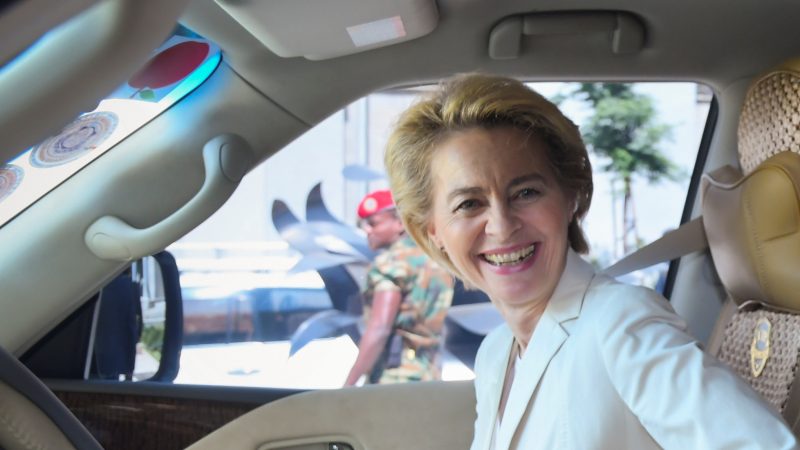 Under the Commission’s new environmental pact, the EU executive will revise car and van standards by 2021 “to ensure a clear pathway from 2025 towards zero-emission mobility”.

It will also propose stricter air pollutant benchmarks for internal combustion engines and there will be an impact assessment on whether to include road transport in the bloc-wide emissions trading system (ETS).

New car CO2 rules were only brokered last December, when negotiators decided to endorse a 37.5% reduction target for 2030. For vans, the target was set at 31%. The talks were marked by bitter infighting between MEPs and unconvinced member states.

After 2021, new cars will have to emit less than 95g of CO2 under the current rules but it is unclear at this stage what will be changed in the review, although EU officials say that the figure will have to drop to zero in the 2030s.

A review was planned for 2023 anyway, before intermediary milestones in 2025 kick in, but the Commission’s new tack could change the timeline quite significantly.

There is no mention in the Green Deal communication of any changes to CO2 standards on trucks though, which were only finalised in February.  A review is planned for 2022.

“The Commission’s plan to move to completely zero-emission cars and vans through a combination of new standards, ubiquitous charging infrastructure and green batteries is going in the right direction,” said the head of green NGO Transport & Environment, William Todts.

But European Parliament transport committee chair Karima Delli was not satisfied by the scope or ambition of the measures presented.

“Regarding cars, it is a pity that the Commission does not provide a phasing out principle of thermic motors, neither does it suggest measures to ban dirty diesel cars,” the Green lawmaker said in a statement.

Electric vehicles are on course to form the backbone of the Commission’s plans to green mobility, although the Green Deal does make mention of boosting alternative fuelling structures like hydrogen.

German Chancellor Angela Merkel indicated in November that her country would roll out one million electric charging points by 2030 and the Commission uses the same figure but with a 2025 deadline.

“The Commission will support the deployment of public recharging and refuelling points where persistent gaps exist, notably for long-distance travel and in less densely populated areas,” the text reveals, adding that new funding calls will be launched.

It also confirms that reviews of the Alternative Fuels Infrastructure Directive and TEN-T Regulation will be carried out, although no date is given.

But for some, the Commission’s insistence that a 90% reduction of transport emissions is needed by 2050 does not go far enough. The Electro-Mobility Platform said in a statement that the EU executive should instead “endorse full decarbonisation”.

A new sustainable battery package is also included in the list of measures and will be proposed sometime in 2020, as a complement to the already-established European Battery Alliance.

The text says the new rules will “ensure a safe, circular and sustainable value chain for all batteries, including to supply the growing market of electric vehicles”, and confirms support for Important Projects of Common European Interest (IPCEIs).

Projects eligible under the IPCEI initiative can enjoy looser state aid terms but also have to have a cross-border and strategic element to them. On Monday (9 December), the Commission announced it had approved a battery project worth around €3 billion.

But the suggestion of rolling out the ETS (Emissions Trading Scheme) to road transport is already not a popular idea. Climate experts estimate that the carbon price would have to reach nearly €400 per tonne for it to be effective. The current price is €25.

The inclusion of shipping in the carbon market is likely to gain steam though. Officials at the Commission’s transport directorate have told EURACTIV that they are ready to start work on the details, while German MEP Jutta Paulus said a deal could be done as early as next year.

At the European Parliament’s debate on the Green Deal earlier this afternoon, socialist MEP Miriam Dalli insisted that aviation and shipping must do their part and added that the EU assembly is “ready to work with you”.

Boats, barges and ships will form a vital part of the new mobility plan if the Commission gets its way, as a proposal in 2021 will aim to shift a “substantial” part of the 75% of freight carried by road to inland waterways and rail.

In October, climate chief Frans Timmermans told the Parliament that he wants to establish ‘green ports’ around Europe, which offer clean refuelling infrastructure and reduced costs for less-polluting ships.

The Green Deal confirms that this will be part of the plan going forward and that the Commission will “regulate access of the most polluting ships to EU ports and oblige docked ships to use shore-side electricity”.