The European Commission said it was ready to consider handing out free InterRail tickets to all young Europeans when they turn 18, picking up on a proposal made by members of the European Parliament in an attempt to counter the wave of euroscepticism spreading across the continent.

“We are ready to explore it further,” the Commissioner for Transport, Violeta Bulc, told Members of the European Parliament who were meeting in Strasbourg for a plenary session on Tuesday (9 October).

The Commissioner said she admired “the boldness and the level of ambition” expressed by EU legislators who first made the proposal.

Calling it an “excellent idea”, Bulc explained that she wants to look into all possible options by “carefully” assessing the potential costs, funding sources and the project’s administrative feasibility.

The Commission is also ready to consider “progressively” extending the proposal to other means of transport, Bulc said.

Inspired by the legislators’ ‘out of the box’ thinking, Bulc even suggested launching a competition for every youngster under 25 “with a substantial prize for the best new concrete ideas for youth mobility”.

The free-train-ticket antidote against the political malaise affecting Europeans is widely supported inside Parliament by MEPs from the main political groups – including the centre-right European People’s Party (EPP), the Socialists and Democrats (S&D), the Greens and the Liberals (ALDE).

“I am convinced that the 18th birthday InterRail pass for Europe could become a true lighthouse project for the development of a common European identity in diversity,” said EPP group leader Manfred Weber, who champions the initiative with other MEPs.

Weber, a German Conservative who became an enthusiastic backer of the scheme after he used it to travel around Europe with his cousin, flagged the idea during the State of the Union debate in September. 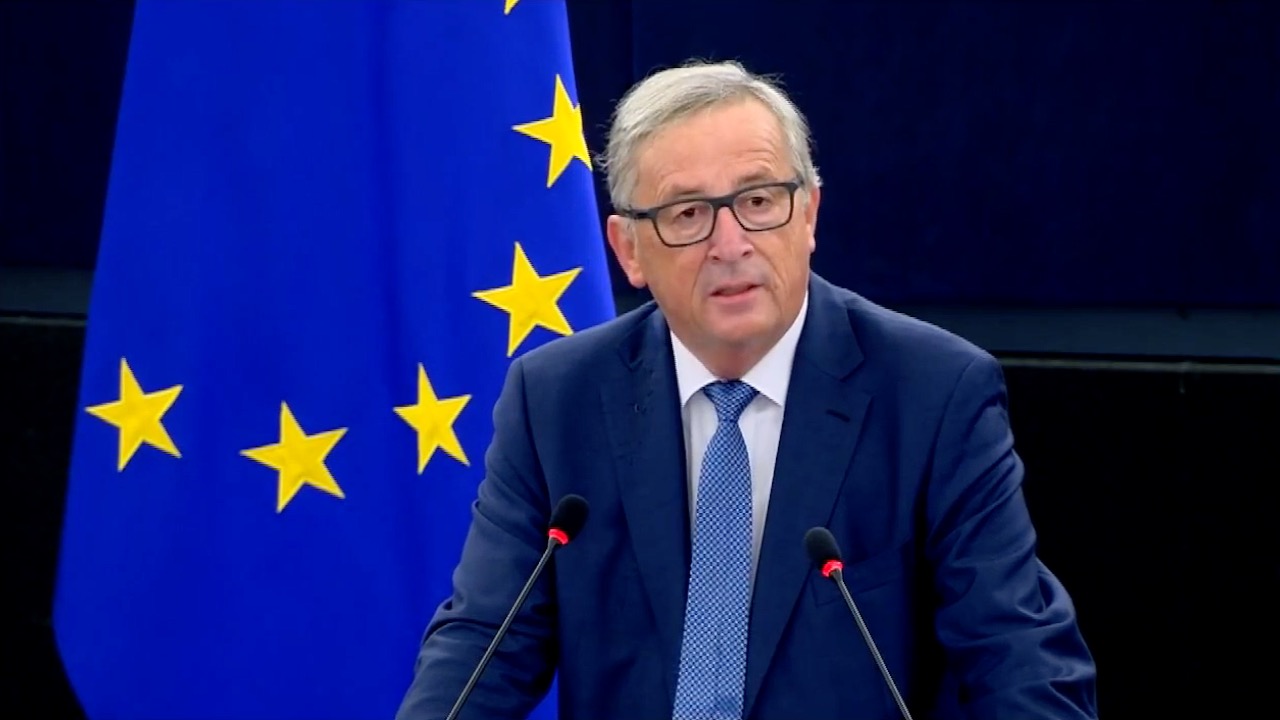 While the proposal gained some traction among national politicians (Italian Prime Minister Matteo Renzi called it “a good idea”), political groups started to fight over who came up with the suggestion first.

Hungarian Socialist MEP István Ujhelyi pointed out after the State of the Union debate that he sent an identical proposal to the Commission in August 2015.

But EPP sources recalled that the Dutch Christian Democrats (CDA) included a similar project in their manifesto for the 2009 European Parliament elections.

The CDA called for “every European pupil, after successful completion of secondary education [average age of 16 to 19 years],” to be able to “travel through Europe for free with public transport during one month,” adding “This can be financed from European funds”.

The proposal still faces numerous questions about its feasibility and, perhaps more importantly, about its relevance in addressing the most pressing challenges the EU faces today, including youth unemployment.

The Commission needs to find between €1.2 billion and €2.88 billion in the EU budget to finance the scheme. As a Parliament source noted, legislators get furious when you touch the funding of the programmes they support.

An InterRail ticket costs between €200 and €480 and, according to the EPP, around 6 million young Europeans could benefit from the initiative annually.

Besides, Malta, Cyprus, Estonia, Latvia and Lithuania are not part of the InterRail system, which would force the executive to study the best option to implement it while being inclusive for all EU citizens.

‘A spark’ to light up the European fire

Moreover, a number of officials remarked that euroscepticism and populism was not on the rise among young people, but rather among the elderly.

Even those who supported the free-train-ticket programme admitted that the “tremendous challenges” Europe faces dwarf initiatives like this one. “But you have to start from somewhere, it is not enough with bashing Europe all the time,” an EU official said on condition of anonymity.

“This may not sound like much but sometimes it only takes a spark to light a fire that burns forever,” Weber said.

MEPs will suggest financing a pilot project to sound the waters. However, the EPP, the Socialists and the Greens decided not to include an amendment to the draft budget for 2017, postponing the start of the programme at least until 2018.

For the EPP, the programme should be financed not only by EU funds but also the InterRail train companies. It should be fully operational by 2018.

Hungarian Socialist MEP István Ujhelyi said on 19 September: “The viability of such a program has been under inspection for quite some time already, several railways companies and associations have been contacted while conducting feasibility studies under the framework of a special partnership between European institutions and the tourism sector”.

EPP leader Manfred Weber said: "There is more to this initiative than only giving 18 year-olds a free train ticket.  It could be followed up by various actions and projects set up by European regions and cities to attract these young people. From language learning trial-experiences to cultural and social activities benefiting both the InterRailers and the host society: there is no limit to people’s creativity."

Commissioner for Transport, Violeta Bulc, said: "The Commission likes this idea. We will carefully look into all possible options to further support the mobility of young people. And we will revert to the Parliament as soon as possible."

Two young Germans, Vincent-Immanuel Herr and Martin Speer, are believed to be at the origin of the idea of handing out free InterRail tickets to every young European.

Together, they approached a Socialist Hungarian MEP, István Ujhelyi, to seek support for the plan. István moved the idea forward, getting the support of the President of Transport Committee, Michael Cramer (Greens, Germany).

Currently, 300,000 people using InterRail every year. The European Commission will discuss the idea with rail operators to address the operational constraints - for example in terms of capacity and occupancy of trains.

The InterRail Pass is available to European residents. It allows for unlimited rail travel in and between 30 participating countries over a certain period of time.

The InterRail Global Pass gives access to several countries. Prices for under 26 year-olds vary from €200 to €479 for the Global Pass (all countries), depending on the validity period.