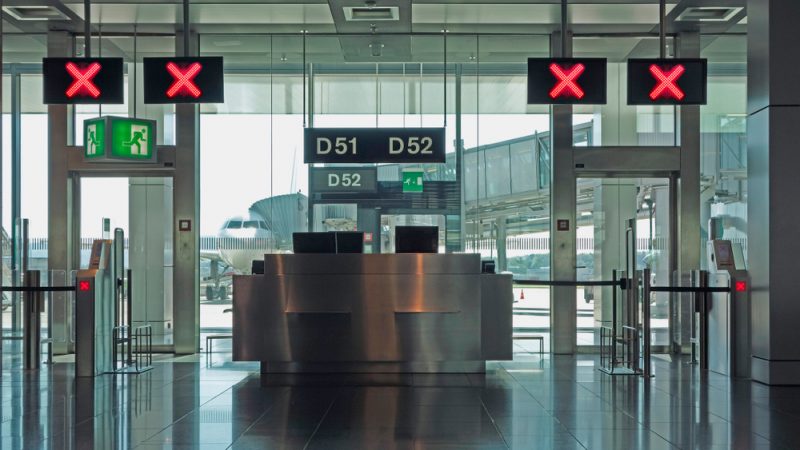 Vouchers will remain a voluntary option but firms are free to make them as attractive as possible. [Photo: Shutterstock]

The European Commission will on Wednesday (13 May) publish a common rulebook for voluntary travel vouchers, which advises that state aid could be used to set up guarantee funds, according to documents seen by EURACTIV.

As part of its ‘summer package’ on restarting travel and tourism once the coronavirus outbreak is sufficiently under control, the EU executive will adopt recommendations on reimbursement options.

EU law guarantees passengers a full refund for cancelled trips, which has created a headache for travel operators, many of whom face severe cashflow problems. The idea of offering travellers vouchers instead has emerged as an alternative solution.

But the Commission will remain steadfast in its insistence that the rules will not be amended and that refunds will remain the safety-net for passengers. The EU executive will instead issue guidelines on how airlines and other companies can make vouchers more appealing.

According to a copy of those recommendations – seen by EURACTIV – vouchers should be voluntary, transferable, protected against insolvency and time-limited to a maximum of 12 months.

The Commission also suggests that travel companies could offer vouchers that are worth more than the original cost of a journey in order to maintain consumer trust – an idea championed by the liberal Renew Europe political group in the European Parliament.

In late April, a group of 16 countries issued a joint call to amend the EU’s passenger rights codex so that vouchers would be a legal alternative to refunds, rather than at the discretion of passengers.

The CEO of Air France-KLM and chairman of industry group Airlines for Europe, Benjamin Smith, wrote in a letter this week that “it is remarkable that the Commission is ignoring the will of the majority of EU member states”.

Given the devastating impact of the virus on travel demand, company bankruptcies are likely in the coming months. In the aviation industry in particular, air traffic is not expected to return to pre-outbreak levels until mid-2021 at the earliest.

Carriers like KLM and Lufthansa are burning through millions of euros every day, and executives have warned that the Dutch airline could run out of cash in June if emergency aid is not made available.

According to the Commission’s updated emergency state aid rules, national governments are allowed to prop up companies that are struggling to preserve liquidity during the coronavirus crisis. The EU executive did warn though that it would assess airline bailouts already granted by governments to ensure “overcompensation” does not occur.

In its draft summer package, the Commission adds that state aid could also be used to set up guarantee schemes for vouchers or even direct reimbursement if firms cannot be saved from the chopping block.

“Such coverage of reimbursement claims would only benefit passengers or travellers and not undertakings. Therefore, it would not constitute state aid,” the document reads, meaning that Brussels would not have to give the green light to such schemes.

But there are also calls for a pan-European guarantee fund. Leading MEPs from the Socialist and Democrats (S&D) group wrote to Commission President Ursula von der Leyen on Monday, urging her to ensure that consumer rights are sufficiently protected.

“We need to help to safeguard consumer-rights, in particular safeguarding and informing consumers of the right to refund for cancelled travel, including package travel, and make voluntary vouchers a more attractive option,” the letter reads.

The Commission will officially reveal its guidelines and the rest of the summer package this afternoon, in which it will also call on consumer and passenger groups to encourage travellers to take the voucher option whenever possible.