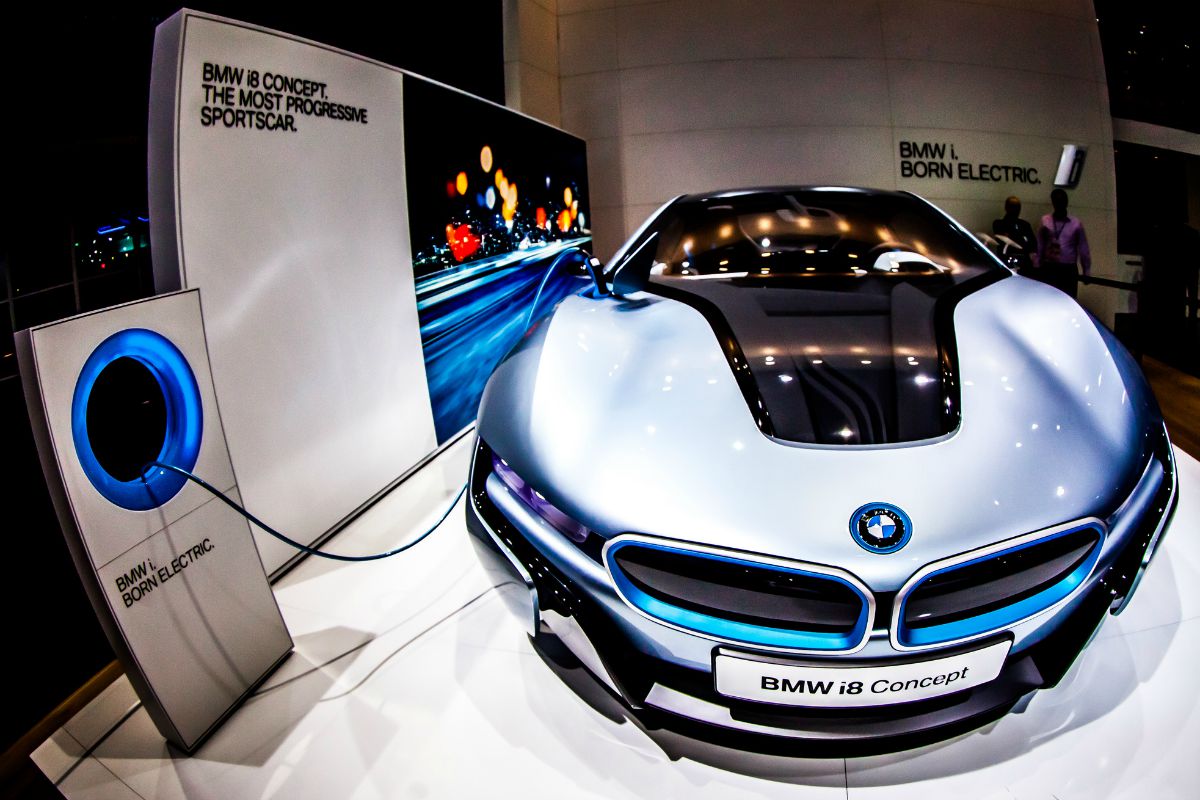 Mutual recognition of auto regulations across the Atlantic could bring over €18 billion per year for the European Union and the United States economies, with the EU set to reap up to 90% of the total gains, according to a new study.

Greater regulatory harmonisation under the Transatlantic Trade and Investment Partnership (TTIP) is expected to raise EU-US auto trade by at least 20%, according to a study by the Petersen Institute of International Economics, a US-based think tank.

This would result in additional national income gains for both sides of “over $20 billion per year in the long run” – or just over €18 billion, the researchers found.

The study was presented on 15 July at the Brussels office of the European Automobile Manufacturers Association (ACEA), and was endorsed by the American Automotive Policy Council (AAPC), the US carmakers lobby group.

“The bigger share goes to the EU,” admitted Caroline Freund, the study’s co-author, when asked by EURACTIV how the gains would be distributed between Europe and the US.

She estimates the EU’s share at “about three quarters” of the total gains, saying trade alone would represent an increase in national welfare of about $9 to $10 billion per year. The rest would come mainly from efficiency gains in the global supply chain.

Both EU and US automakers associations backed the study’s findings, saying all sides stood to benefit from deeper regulatory integration.

This was not a foregone conclusion, however.

For decades, US legislators – backed by a conservative American car sector –, supported regulatory barriers as a way of protecting their home market, deliberately keeping out of the United Nations’ 1958 Agreement, which emerged as the de facto global industry standard with regards to safety and the environment.

This meant carmakers wanting to sell in the US had to design separate models of the same car to fit the US safety and environment specifications.

For some European manufacturers like Peugeot or Renault, the extra cost of entering the US market was simply not worth it, because the volumes were too small.

“There is demand probably out there but it’s not huge and it’s not worth the producer creating a second model for the US market,” said Freund, a former chief economist at the World Bank who is now a senior fellow at the Petersen Institute.

And for those which still produced for the US market, the inefficiencies were high. “That’s a problem because you cannot redeploy inventory from one market to the other and benefit from the returns to scale expected from having to produce only one model,” Freund explained.

But the times have changed. With auto supply chains now largely globalised and most growth coming from China, US makers can no longer afford to live on a different planet.

“Now, everybody is saying ‘this is crazy, this is a globalised industry’,” said Freund. “As demand for vehicles shifts away from the US market, there is less of an incentive to produce models specifically designed to meet US safety regulations and approval systems,” the study reads.

Greater regulatory harmonisation, the cornerstone of TTIP, has obvious benefits. As manufacturers scale up production, this should in theory result in greater choice for US consumers and cheaper prices for all, allowing carmakers like Renault to enter the US market at no extra cost, the study said.

But full transatlantic harmonisation is not on the cards yet as the US regulatory system is deeply rooted in the American car culture.

Currently, automakers selling in the US only need to certify that their vehicles conform to existing rules. They are responsible for testing their own vehicles and can be liable for hefty penalties if they fail to comply with standards formulated by the National Highway and Traffic Safety Administration (NHTSA).

By contrast, under the 1958 Agreement, the EU operates under a type-approval system, where car companies submit samples of their new models to government testing facilities, which formally approve them.

Common sense would dictate the US simply join the 1958 Agreement, which has been adopted by car industry powerhouses like Japan and Korea, among others. China is the only other major producing country apart from the US which has not signed up.

But the costs of doing this are likely to be too high, according to the Petersen Institute.

“Logistically, it would likely be infeasible to switch from a self-certification to a type-approval system, as the United States would need to establish a new government entity to handle auto safety regulations, rewrite laws to regulate changes in liability for faulty vehicles and parts, and build new infrastructure for safety testing.”

Instead, the Petersen study makes the case for “mutual recognition” of EU and US standards as the most cost-effective way of creating an integrated transatlantic market. This means the US self-certification system would remain in place but that both sides would accept each other’s rules as valid in their own markets.

The big reward for automakers is that the transatlantic area would end up effectively setting the standards for the rest of the world, including China, the largest emerging market.

“If the US and the EU have more coherence, then you really have the main producers together, with the exception of China,” Freund said.

Marc Blunt, the President of AAPC, the US automakers association, also think mutual recognition is the way to go. “We believe we have an opportunity to set a global paradigm with this mutual recognition that the Chinese and others would be tempted to evaluate and perhaps follow,” he said.

Harmonising the future, not the past

The mutual recognition approach is not without potential shortcomings.

In a recent opinion paper, CEN and CENELEC, the two main standardisation bodies of the European Union, warned about the potential risks of mutual recognition, saying it “would advantage US companies importing to Europe without creating any reciprocal benefit for European companies”.

Cécile Toubeau, from the green campaign group Transport and Environment (T&E), said that vehicles imported into Europe had to observe strict regulations in areas like pedestrian safety. She referred for instance to bull bars, which are commonplace on large US trucks but banned in the EU.

So although mutual recognition might be tempting for policymakers, “It’s not a simple as that,” Toubeau told EURACTIV.

Anticipating the critics, the Petersen Institute analysed differences in safety rules between the EU and US markets. Its main conclusion, based on a comparison of road fatalities, was that “auto safety in EU countries is not statistically different from US states.”

“Full mutual recognition is not what we want,” Jonnaert said when asked by EURACTIV about potential discrepancies in safety requirements between the US and the EU. “We are very selective in what we are asking for,” he said, underlining that safety outcomes on both sides would have to be guaranteed.

Attempts at harmonising existing rules already failed years ago under the Transatlantic Business Dialogue, Joannaert recalled, “so why would we start all over again?”

“So we are only going to look at harmonisation for the future,” he said.

Under plans agreed by ACEA and its American counterpart, mutual recognition for existing models would only apply to details like the positioning of front lamps or side rear-view mirrors. “Does it make such a big difference whether you rear-view mirror is placed slightly left or right? These are the low-hanging fruits that we want to address,” he said, stressing that existing safety regulations would stay in place.

Freund said full mutual recognition would apply only to new types of cars, such as electric vehicles. Still, she said, producers would gain because they would be producing one vehicle instead of two. “It’s just that, in the US, you have to take responsibility for potential safety problems,” she said.

So is it all win-win, then?

“Both sectors stand to gain greatly from both tariff elimination and a reduction of non-tariff barriers,” said Fredrik Erixon, a Swedish economist and director of the European Centre for International Political Economy (ECIPE). “And it is a bit difficult to make a separation between the auto sectors on both sides as this sector is largely made up by the same companies. Those that are big in Europe are also big in the US,” he told EURACTIV.

Erixon does believe, however, that US carmakers have more to gain than European ones. “Generally, the US auto sector will probably benefit more from TTIP than the European auto sector, primarily because tariffs in the sector are substantially higher in the EU than in the US,” he said.

The Petersen Institute, for its part, bases its projections on a separate study by consultants Ecorys. It foresees an export increase of 10.7% per year in the EU and 9.1% in the US, under “an ambitious scenario, where all automotive regulations are eliminated”.

This means a total income gain for the two partners together of $17.7 billion, of which nearly 90% would accrue to the EU, according to André Sapir, a senior fellow at the Bruegel think tank and professor at Université libre de Bruxelles (ULB).

“Presumably the reason why this number is lower than the 90% figure estimated earlier by Ecorys is linked to their estimate that the US would gain proportionally more in terms of exports than according to Ecorys,” Sapir told EURACTIV in e-mailed comments.

The university professor said he was “not surprised” that the EU would make bigger income gains from regulatory harmonisation as the automobile sector is bigger in Europe than in the US.

“The real contribution of the Peterson study is on the trade effect, not the income effect,” he said.

Negotiations between the US and the EU on the Transatlantic Trade and Investment Partnership (TTIP) started in July 2013. If successful, the TTIP deal would cover more than 40% of global GDP and account for large shares of world trade and foreign direct investment.

TTIP would be the biggest bilateral trade deal ever negotiated, resulting in millions of euros of savings for companies and creating hundreds of thousands of jobs, supporters claim, boosting the European economy by around 0.5% of GDP.